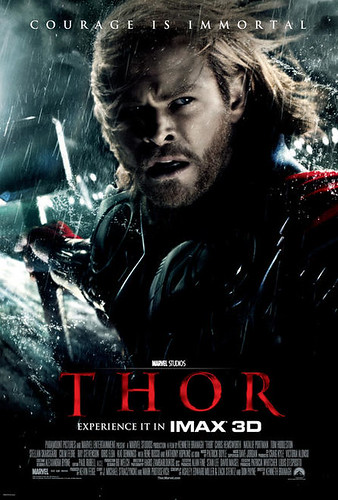 Thor, a powerful but arrogant warrior, is sent down to Earth as punishment for reigniting a reckless war. But after a dangerous villain from his world sends the darkest forces of Asgard to invade Earth, the hammer-wielding Thor will learn what it takes to be a true hero in order to save mankind.

This was of course a movie I was looking forwards too, Marvel movies are always well made and on the whole – very enjoyable. Yah Iron Man 2 wasn’t all that great, but I’m super looking forwards to X-Men: First Class & Captain America: The First Avenger later this year.

We have to wait until 2012 for the first proper “The Avengers” movie which should have an all star cast. Sometimes these individual character movies just feel like movies building up to The Avengers, especially with Samuel L. Jackson always popping out after the credits.

I watched this directly after Fast 5 – and wow that was a hell of a rush, so this movie sure did seem rather slow after that.

The choice of Chris Hemsworth was an interesting one for Thor, you may remember him from the shortest scene in Star Trek (he was George Kirk). I would have preferred they used the original viking and son of Stellan SkarsgÃ¥rd (who happens to be in Thor too) – Alexander SkarsgÃ¥rd AKA Eric in True Blood.

But obviously the ladies watch the movie because of this, and they frequently complain he was not half-naked often enough. 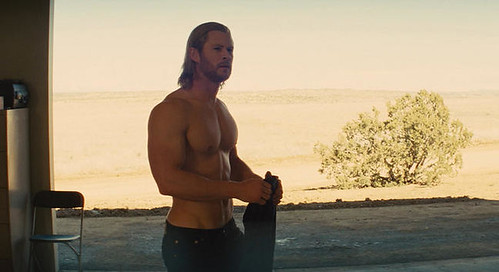 Other than that? The film was well written, the dialogue was pretty solid, the acting was ok – Natalie Portman wasn’t really noticeable. I guess she wanted something a little less intense after putting her heart and soul into Black Swan. Sir Anthony Hopkins had a fairly minor role so he didn’t really have to do that much.

The soundtrack was forgettable, but the special effects were excellent! I have to say I didn’t watch the movie in 3D (really not a fan of 3D movies) but it was visually very appealing.

Thor is actually doing really well on IMDB with a solid 7.5/10 – a really strong score. For me the movie was really carried by Chris Hemsworth – will he win an Oscar for it – I honestly don’t think so.

Was it an enjoyable movie? Yes it was.

Will I watch the next Marvel episode – of course I will!

Coincidentally I also recognized Heimdall – The Gatekeeper as Idris Elba – best known to me as Russell ‘Stringer’ Bell from The Wire.

Thor is definitely worth a watch and I give it a Gatekeeping 6.5/10.