Having just watched another 3D movie on Monday I have to say it’ll probably be my last. I’m starting to find this trend of tacking ‘3D’ onto the end of a mediocre movie to sell more tickets…rather annoying.

At least they have the option for 2D and 3D, if I have the choice I’ll watch the movie in 2D or watch it at home later when it becomes available – like the latest Resident Evil movie which I watched in 2D. I remember there was a brief phase for 3D movies back in the 90’s I went to see Nightmare on Elm Street 6 (Freddy’s Dead: The Final Nightmare) in 3D. The 3D effects back then of course weren’t that advanced and quite basic, they mostly just used the gimmicky stuff flying out of the screen and didn’t really add much depth to the movie. 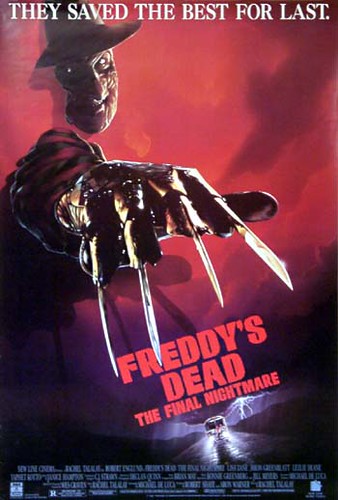 But it was fun in those days with the flimsy paper 3D glasses, it was a gimmick then and it’s a gimmick now and honestly I hope it’s just a passing fad and it dies off again because too many shite films are getting attention just because they have a 3D version.

And the latest fad, woowoo, 3D televisions so you can have the 3D experience at home in your living room…not sure why you’d want to. The only reason I think it might be cool is because Playstation 3 is going to support 3D games – that might be neat. But I’m pretty sure however neat it is, it’ll also be extremely headache inducing. 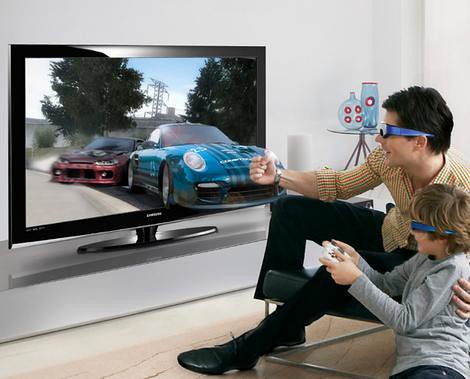 I can honestly say I did enjoy Avatar 3D and it didn’t give me a headache, but was a little uncomfortable and I’m pretty sure it would have been equally as good in 2D. I just wanted to see it in 3D as that was the movie that relaunched this whole 3D fad.

I hope it doesn’t last too long and the studios can focus on making GREAT original films (which there has been a distinct lack of this year). Let’s have less game/book/comic book spin-offs and get some real screenplays written.