Movie Review – Up in the Air – Overrated 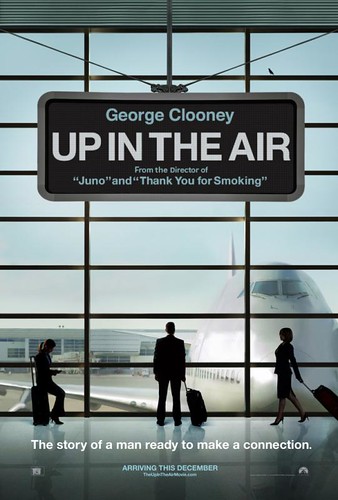 Ryan Bingham, is a corporate downsizing expert whose cherished life on the road is threatened just as he is on the cusp of reaching ten million frequent flyer miles and just after he’s met the frequent-traveler woman of his dreams.

As I’ve mentioned before, around the time of the year when the Oscar nominations come out I like to try and watch as many of the nominated films as possible (like Hurt Locker & Avatar).

Another one of the list which seemed to be well received was Up in the Air starring George Clooney alongside Vera Farmiga.

It’s basically the story of Ryan Bingham, some people from his family and some people he meets along the way. Ryan Bingham is a man who travels a lot, hence the title of the movie..he lives his life ‘up in the air’.

And well that’s about it, nothing else much happens.

Clooney is looking older, but then again, he is 50 next year and well Vera Farmiga more than makes up for it by being slammin’ hawt. 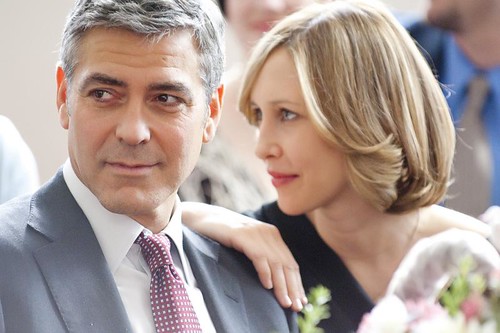 He certainly looks better since he lost weight though and well in this film he’s once again just George Clooney being George Clooney. It get’s a little tiresome.

No doubt Jason Reitman is good, I really enjoyed Juno – but this movie…it was ok, enjoyable but very far from being great.

I found it very predictable, a little soppy and well what was the point really? Yah it’s another movie that explores the strenghts and weaknesses of human beings, somewhat of a character study.

But honestly? The characters aren’t that interesting and don’t really merit a study.

Honestly I find it massively overrated, I have no idea why it has 7.9 on IMDB and look fairly likely to enter the Top 250.

I’m not saying it’s a bad film, but I found it neither memorable nor particularly interesting.

Yah it’s worth a watch, but don’t expect much…because nothing really happens, and well the ‘things’ that did happen…I’d already guessed.

14 Responses to Movie Review – Up in the Air – Overrated