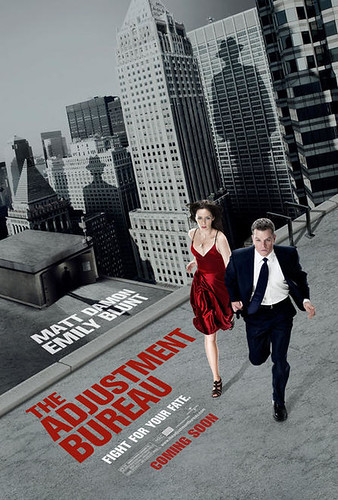 On the brink of winning a seat in the U.S. Senate, ambitious politician David Norris meets beautiful contemporary ballet dancer Elise Sellas – a woman like none he’s ever known. But just as he realizes he’s falling for her, mysterious men conspire to keep the two apart. David learns he is up against the agents of Fate itself – the men of The Adjustment Bureau.

I’ve been looking forwards to this film since I heard about it, it’s been a while since there’s been a decent Sci-fi flick (apart from Inception of course) – especially one from some classic Sci-fi literature like The Adjustment Bureau.

It’s actually spawned from a short story by one of the all times greats in the World of sci-fi literature – Philip K. Dick. The very man who brought us the awesome Do Androids Dream of Electric Sheep? which in turn spawned probably the greatest sci-fi movie of all time – Bladerunner. Minority Report was also a short story of his, which later turned in the Tom Cruise film. Do read up on his Wiki page to see his other books and those that have spawned movies like Total Recall, Screamers, Paycheck and A Scanner Darkly.

It’s doing well on IMDB (it was about 8.2 when I watched it) now it’s down to a solid 7.4 – honestly I suspect it may go down a little more.

Matt Damon is…well mostly just Matt Damon. Don’t get me wrong, he was AMAZING in Good Will Hunting and I loved Bourne Trilogy. His heydays for me were Chasing Amy/Saving Private Ryan/Good Will Hunting. But other than that? Really what has he done? 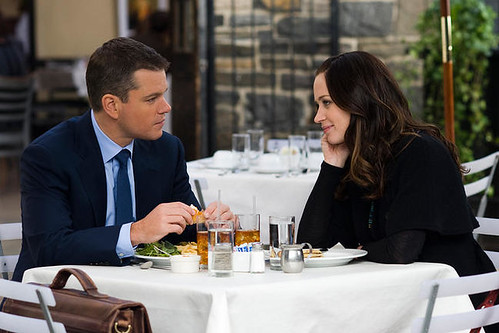 Emily Blunt was ok too, but then again she’s been in some pretty horrible films. The film was ok, cinematography was fairly standard, score was forgettable – there was no Oscar worthy acting in sight. I’m not sure about the people comparing it to Inception, to me it’s not even on the same level..not even close.

It’s not complicated, it’s easy to watch, it’s pleasant – honestly it’s more of a romantic comedy than anything else. The sci-fi aspects barely feature in the movie at all, it’s not a bad film by any means – but it’s certainly not a great film either.

I feel it’s worth a watch, but don’t expect anything mind-blowing.