It seems like I stopped blogging for a while, according to my archives I only had 2 posts in January – one of which was an Advertorial. February was slightly better with 4 posts…but then 2 of those were Advertorials as well and one wasn’t really a post at all.

So here we are time to get back on track, 2 posts in a month? That’s the worst showing since I started this blog all the way back in September 2004.

In December we REALLY started pushing the contractor to finish the house, we wanted it done before Christmas, but well that didn’t happen. We did manage to get almost everything in during December though including the alarm, water filters, sofa, TV, fridge and of course the most important – Unifi! – with a trip to India and Penang in the middle 0_o

We went down to Penang for makan and to test the Mitsubishi ASX, and flew off to Hyderabad! Which was awesome, have to blog about India soon – what an amazing experience. Here’s the view from the top of Charminar taken with my iPhone. 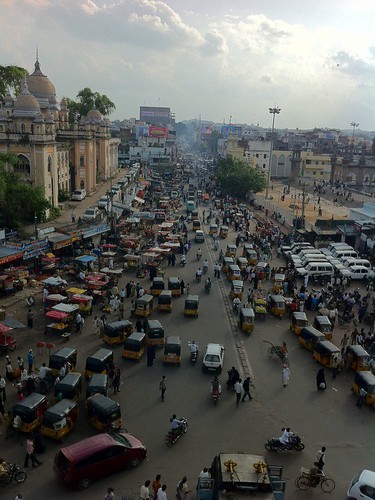 The alarm installation was great, we had the wiring done very early on in the renovation so it was all concealed – then they came in again after all the windows/doors/grills were fitted to finish off. I can thoroughly recommend Peter Moo from https://www.hanter.com.my. 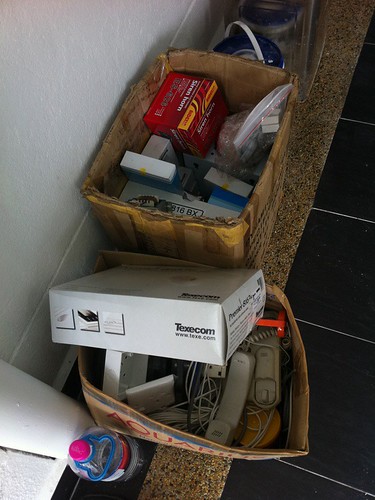 They even came a 3rd time to configure the alarm after the Unifi install because it can managed using the phone line (can activate/de-activate and it will call us if it’s triggered).

There were some delays with the beds and the contractor only really finished touching up in early January, then it was time to push ourselves to get off our butts, sell of all the old junk or give it away and get out the apartment.

Of course there were the odd problems here and there (like the wire-man hired some foreign workers to finish everything for us quickly…and one of them attached the pipes back to front on one of the water-heaters – so we thought it was faulty and called Alpha in to fix it..poor guy just swapped the pipes around and it was fine!).

We set ourselves an arbitrary date of January 15th to move into the new place, which thankfully we achieved. Although things were a bit chaotic, especially with my Mom arriving on January 22nd – we had to get things sorted, and fast! We shifted everything out of the old place ourselves and hired a couple of cleaners to give it a clean up. 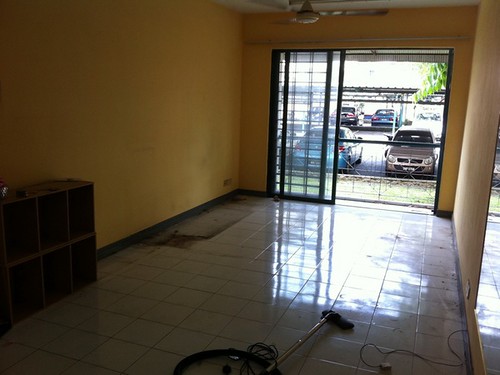 We ended up giving a lot of stuff to charity as big items proved difficult to sell without providing transport. But man there was a lot of stuff we shifted over.. Each piece to be wiped/dusted and found a proper place to store. 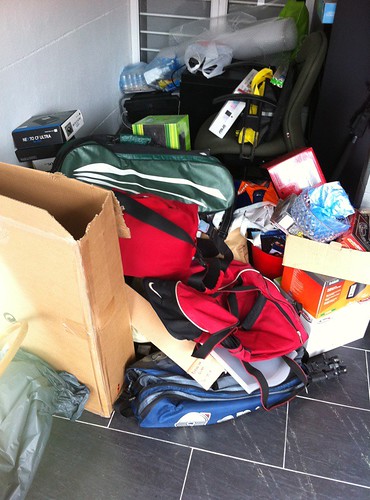 Since we shifted in we’ve been slowly piecing together furniture, making FULL use of the kitchen and trying to get things organized. With my Mom being here too I spent a lot less time at the computer than usual, plus the new house is much more comfortable just to laze around in watching TV or reading. Of course in the midst of that was also Chinese New Year..

I was fully stocked! 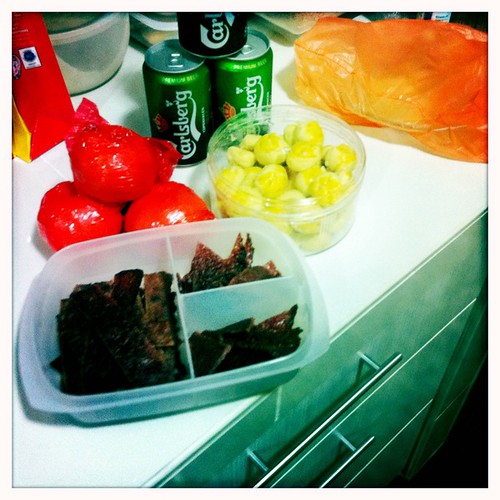 And we also took Mom down to Penang as well whilst she was here, which was nice! And she joined us for the epic #porkgang Poon Choi (and got Yee Sang in her hair..). 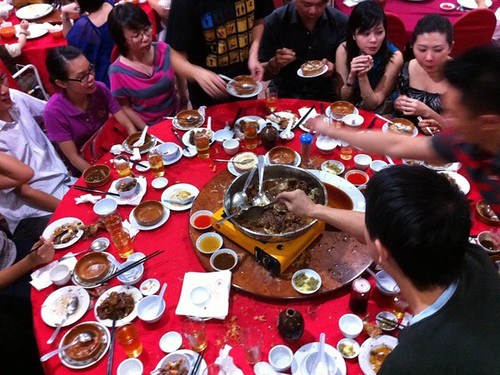 She’s flown back to old Blighty now though so I’ve got some time and space to catch-up! I need to get my blog in shape too, this template is coming 4 years old and it’s not playing too nicely with WordPress 3.x – I’ve been meaning to update for a while…but it looks like I need to stop procrastinating.

My study is a bit chaotic of course…no proper rack for all the gadgets yet. 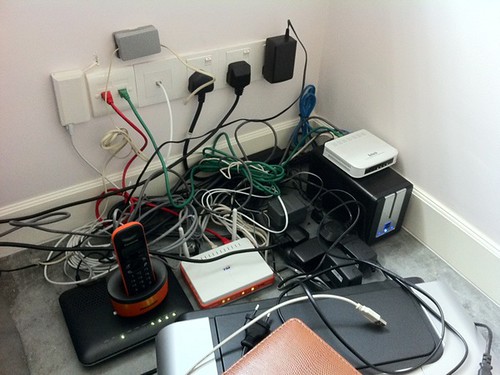 But I got a chair and a desk now, good enough to blog..