It’s been a hectic few weeks with the house and the fact it seems to be wedding season, in just 4 weeks I’ve to attend three weddings. Two have passed by successfully and I’ve got one more on December 11th which I’m really rather excited about.

My car is due for service too, not a good time seen as though it supposed to be finishing fairly soon and there is still a LOT of things to pay for/buy. Plus I think I’m about due for a tire change as the last set has been on since October last year.

Picked up some new projects at work too, some of which are rather complex and require a lot of brain power – the most tiring type of work-out. Plus one of my sites has been having a resource problem, now having too much traffic is never a bad thing – but it does take some thought to sort things out.

Now the craving Kim has for Sushi Zanmai has been continuing, one day we headed to have Sushi Zanmai with Kerol and Suan…but due some miscommunication we ended up at 1-Utama and they ended up at Sunway Pyramid! Then the queue was too long and we were hungry by then so we headed to another Sushi place that I’d heard of on Twitter a few times – Sushi-Q.

It’s an interesting low budget kind of concept, with all the food pre-packed in boxes and you just select what you want, sit down at the cafe style tables and eat. The salmon was good, prices reasonable and the lobster rolls were delicious – I will go again! 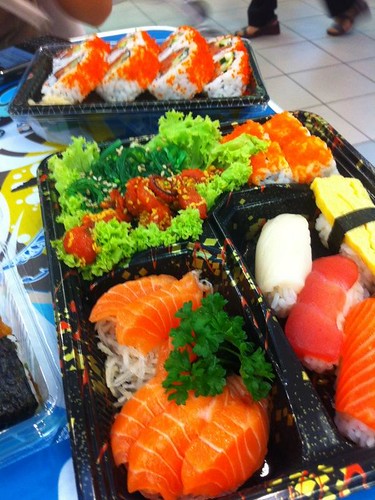 We also spent a fair bit of time around SS2 looking for lock-sets for the internal doors and the main door for the house, plus there is a good hardware shop there. Of course an all-time favourite of mine in SS2 is the Taiwanese Pork Chop Noodle! 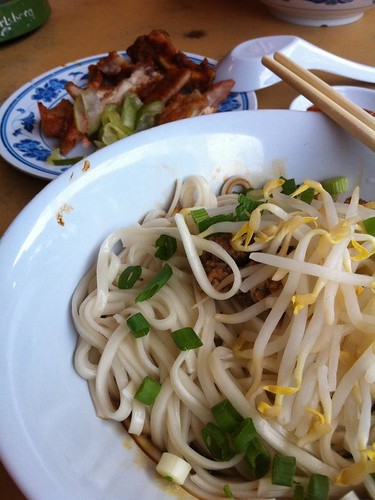 Another gem we discovered in SS2 is the 100-Yen shop! Their shaved ice desserts are delicious and they sell a wide variety of random Japanese snack and alcohol. I bought myself some Sake and it was actually pretty good. 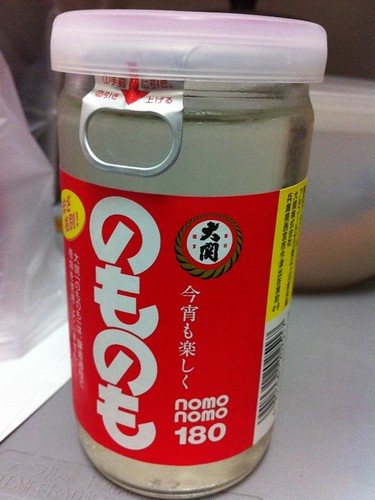 Kim also got a fantastic felt toy of #emocharlie from Ah Meow, you can read Kim’s blog about it here: Meet mini Charlie! 🙂 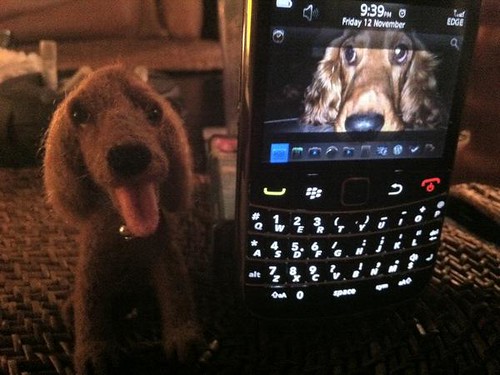 Been on a bit of Windows 7 installing spree lately too, after helping Kerol fix her PC (which has had some epic problems lately…2 motherboard failures in a year) and then a HDD conked when I tried to install Windows..after that I was starving so we headed to Asia Cafe for some noms. Honestly haven’t been there for years, there were a lot more people drinking beer there than I recall. Food was still good though 🙂 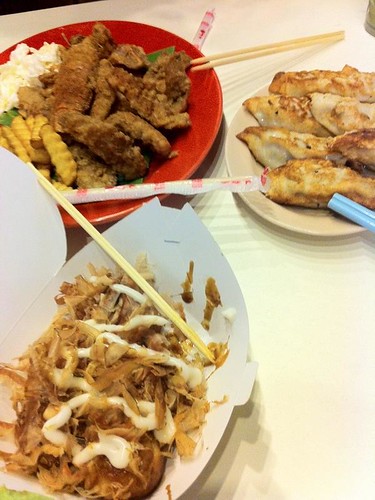 And well after that…the fun (and chaos) began. It all started on a fateful Saturday night, which happened to be Michael’s Stag/Bachelor night. We honestly weren’t planning anything wild or crazy, no strippers or mad stunts – just a bunch of dudes having a few drinks. And well it was like that for most of the night whilst people had some dinner, watched the football and so on…until about 11pm when everyone was there. By that time the first bottle of vodka had already been polished off, everyone had multiple beers/ciders/stouts and we were ready to roll.

Then…out came the Jagerbombs, which for the uninitiated are a deadly combination of Red Bull and some alcohol which tastes like herbal cough medicine. 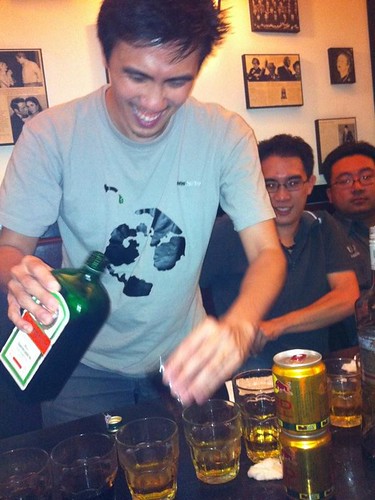 The next day was up early for a beautiful wedding in Mentakab, sadly not up early enough – due to ermm the night before. The following week leading up to Michael’s actual wedding was spent sorting things out, getting things for the house and so on with a good dose of Food Poisoning thrown in the middle somewhere.

We actually headed up to Genting for dinner on Saturday night so we didn’t have to rush up on Sunday morning, chilled out at Genting View Resort – played some cards and I tried to learn Mahjong. Honestly I wasn’t too bad, I won some big hands. I get the general gist of the game, how to start it up, take the tiles and so on – but calculating the points part is 0_0 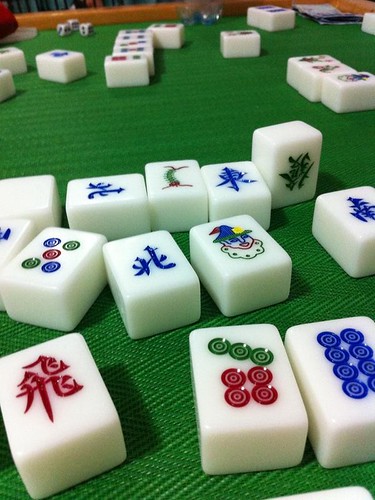 Then it was up early on Sunday morning for a good solid hour of torture by the evil chi muis. We had to dance, eat bananas from each others mouths whilst doing press-ups, pick small metal things out of a bucket full of ice with our feet, get whipped, epilated and eat/drink a bunch of nasty stuff (a liter of Guiness with raw eggs and Chivas in it…anyone? How about a pot full of misai kuching – the most bitter shit I’ve ever tasted). 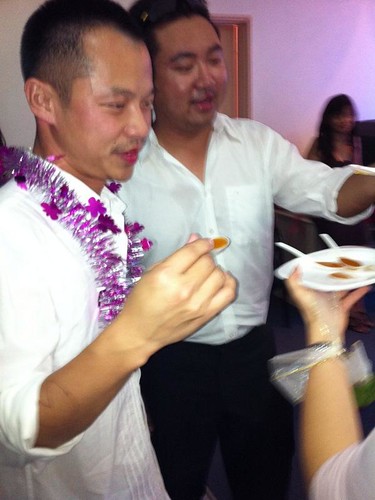 After torture session was over, it was time to head back to GVR, quick shower, rest for a bit, pack our stuff and head back to the party. Well it wasn’t a party yet, it was time for guests to arrive, registration, some food and then the party. When arriving we were all stunned by the sheer amount of alcohol at the ‘bar’ – there were over 30 bottles and each was different – no two bottles of the same stuff! 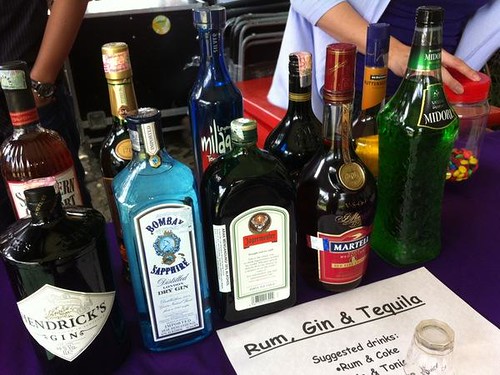 After the guests filtered in, it was time for the beautiful garden ceremony. There were a few spots of rain, but nothing too bad. Congrats to Michael and Li Ling – truly touching ceremony. 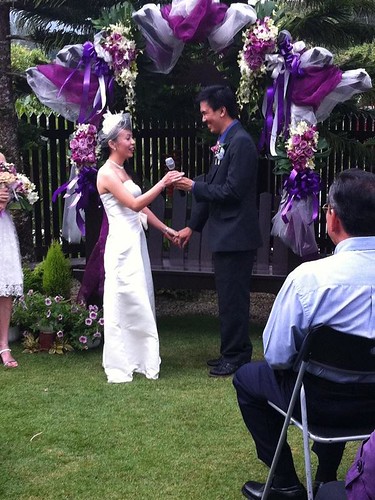 After the ceremony, some eating and a little drinking it was time to start partying! I think we really started drinking at around 7pm and from what I can recall (which is not much) I totally blacked-out by 9-10pm. That doesn’t mean I passed out, it means I physically consumed that much alcohol that my brain stopped functioning completely, but I was still conscious…and completely smashed.

I really don’t remember anything at all, quite scary and amusing at the same time after seeing some of the embarrassing videos LOL

I woke up the next day lying face down on a single bed wondering how I got there, surprisingly I didn’t really have a hangover. That’s the advantage of the high quality booze provided by Michael combined with not drinking much beer and mixing with a lot of juices 😀 I was and still am pretty exhausted and my body ached like I’d done 10 rounds with Chuck Liddel.

Truly it was one of most epic parties of all time and I think anyone there could attest to the same thing.

9 Responses to Random Post #13 – Weddings, Getting Senget, Getting Tortured & More