Druggists is another legend of the Singapore Craft Beer scene, and one which focuses entirely on draught (no bottles at all). Which is not surprising as it’s from the same owner of The Great Beer Experiment in PasarBella, so they’ve separated out into bottles and draught.

Serving kickass craft beers all year round, with food that pairs beautifully with the brews. There’s nothing more perfect than walking into a restaurant with 23 taps serving kick-ass beers from cult breweries across the world. That’s what we thought and so Druggists will be tapping Mikkeller, TO-OL, Amager, DeStruise, DeMolen, Rooie Dop, Magic Rock, Thornbridge, Prairie Artisan, Birra Del Borgo all year round. Wait, there’s food too- hearty, delicious and curated to pair with these kick-ass beers. Momma would approve.

It’s situated in the Kallang area, or some people might say Jalan Besar, it’s about 4 blocks from the Lavender MRT station – so it’s probably a good idea to Uber there ;).

So, let’s talk about Druggists – they have a very impressive 23 taps which are pretty much always all in use. This gives you a pretty staggering range of beer and almost guarantees something for every palate, all the way from lager/pils up to barrel aged imperial stouts and some pretty nice sours.

For the beer geeks: If you want to order a big stout, order it a few glasses earlier and let it warm up as it’s served way too cold. Also note from my experience, big beers are usually best from the bottle (for some reason?). 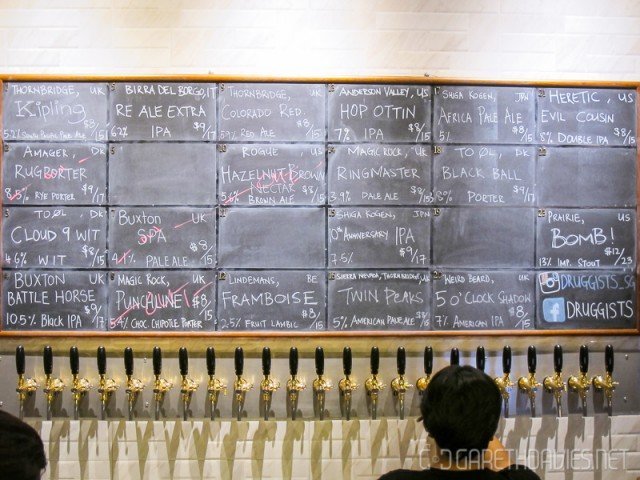 Druggists is situations in you guessed it, the old Chinese Druggists Association building – which was basically the pharmacists’ association back in the day. 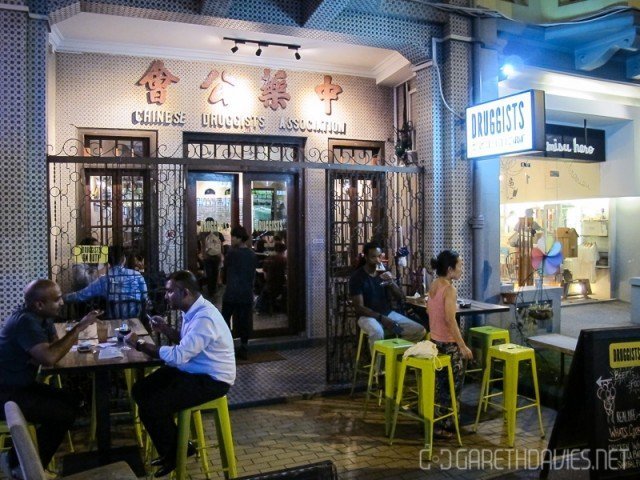 It has a pretty interesting feel to it, not really like a bar, rather like you’re drinking excellent beer somewhere you aren’t supposed to – which is nice haha. It has the original facade, floor and keeps a very minimal almost kopitiam style inside with marble tables and classic chairs. 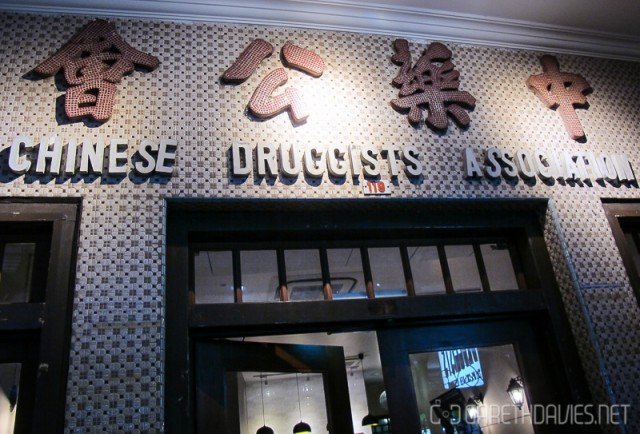 It has the original signboard (of something?) over the door on the inside too, reminiscent of those sifus and their medicine halls in the old kung-fu movies about Wong Fei Hung.

It’s not a huge place, nor is it cramped – there’s a lounge space and quite a bit of outdoor seating too for smokers – but beware it is a popular place and does get busy (especially at weekends). 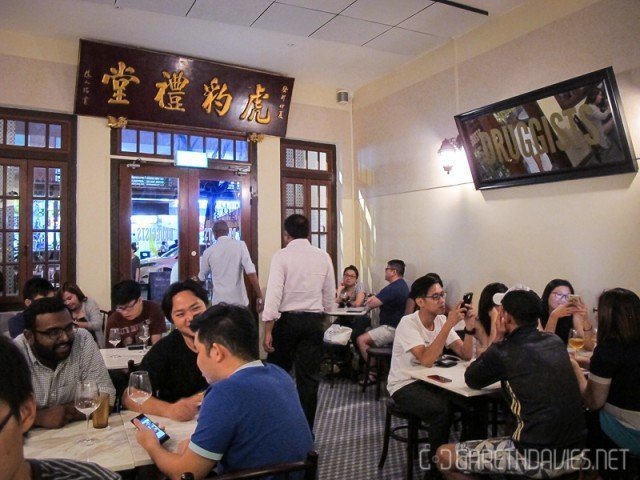 Also note, popular kegs can finish really fast – so get there early if there’s something you really want to try.

It has a great range of beers, well served, but slightly on the pricey side. But then the location is very special and you always pay something for that. It’s definitely worth checking out.

When we were there we had:

Yah I wonder where the glasses are from? 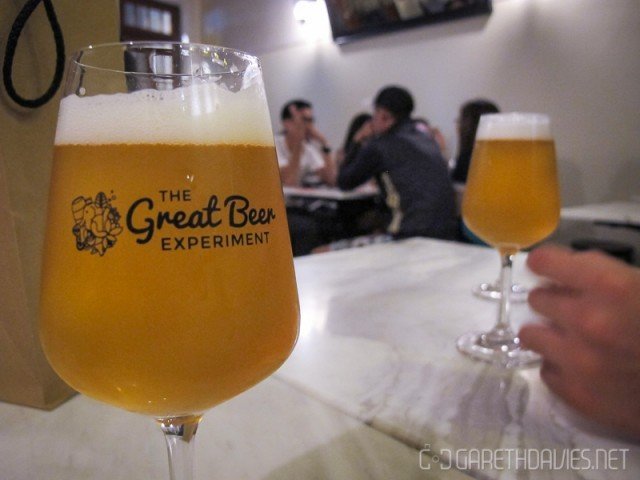 And why does The Great Beer Experiment have it’s own nice glasses, but we go there we have to drink from plastic cups? Haha, must be a Singapore thing – Thirsty is down with the plastic cups too.