So where do you drink good craft beer in Singapore? That’s a tough question and one I tried to answer in my recent trip down for the special Singapore Yellow Belly Tasting. So let’s begin with the favourite of the group and also the place I personally enjoyed the most during our trip.

The GREAT BEER EXPERIMENT, a craft beer and cider bottle shop & bar, is a playground which promises to “Tickle, Test and Tempt” all palates and preferences. There’s a gob-smacking range of craft beer labels to please both beer noobs and beer geeks, plus rare and limited edition brews. Awesome beers are released on tap weekly so follow us on Facebook to get the latest update.

Granted a few places were closed, and there’s a few we skipped, but for this trip in June 2015 The Great Beer Experiment won in all aspects including comfort, beer selection, environment and food availability – a 360 degree win. 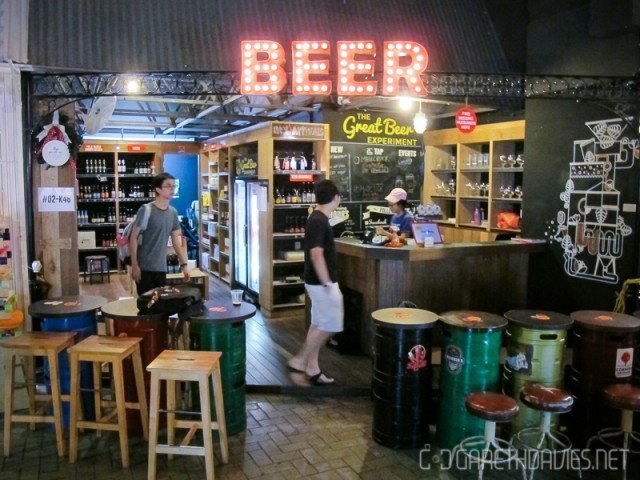 It’s located in the Bukit Timah area of Singapore on Turf Club Road as part of The Grandstand in a rather upmarket food court called PasarBella, right at the back left corner.

I think I like it as well because of the food there, it’s a rather up-market ‘Western’ style food-court modelled in some ways after Borough Market in London, the food there is great and there’s a wide variety including local fare like siu yuk and western stuff like paella, charcuterie and cheese. We also had a tasting platter including AOP cave aged cheeses which was amazing.

The vendors there are knowledgeable and passionate about food, and even if you’re not into beer it’s worth going there just to eat.

The shop/bar itself has 3 taps which rotate, when we were there they had Magic Rock on tap – excellent beer. 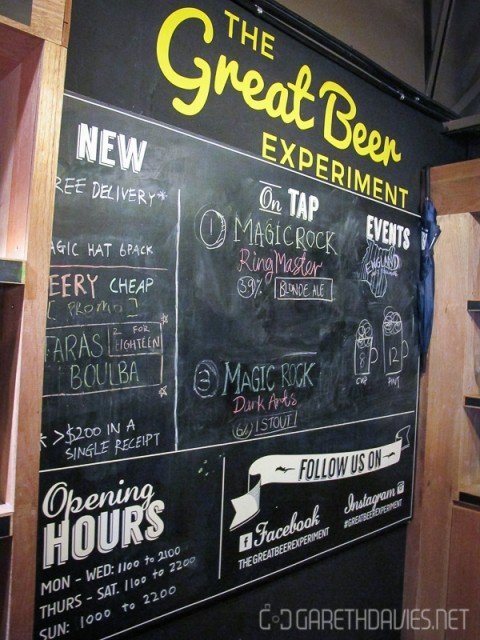 And they have an impressive range of bottles, which is was drew us there and kept us there. As a retail environment it’s quite intelligently laid out, with a stand next to the counter with the newst arrivals, which have descriptive tags attached and they also often bundle sampler packs. 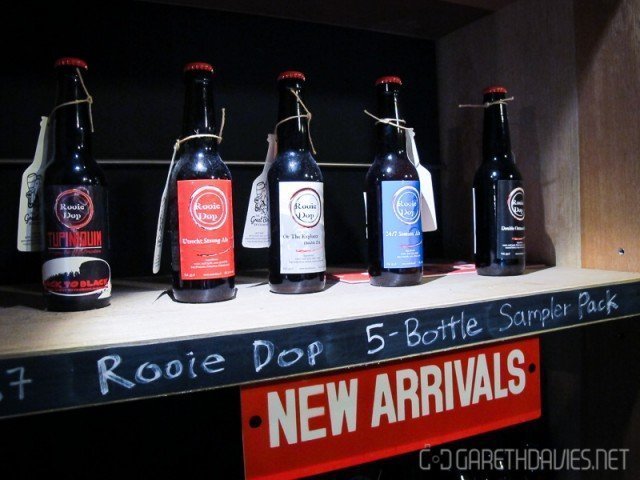 And what was great for us, was they have a large section of their beers ready in the fridge for drinking – which kept us there many hours. 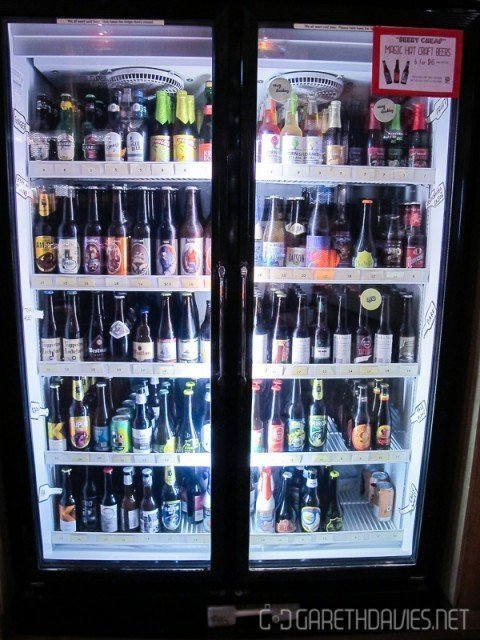 Overall bottle wise they have a fantastic selection of both American and European breweries from the likes of Mikkeller, Kaapse, Amager, De Molen, Prairie, Rooie Dop, To Øl, Rochefort, Rodenbach, De Struise and many many more. 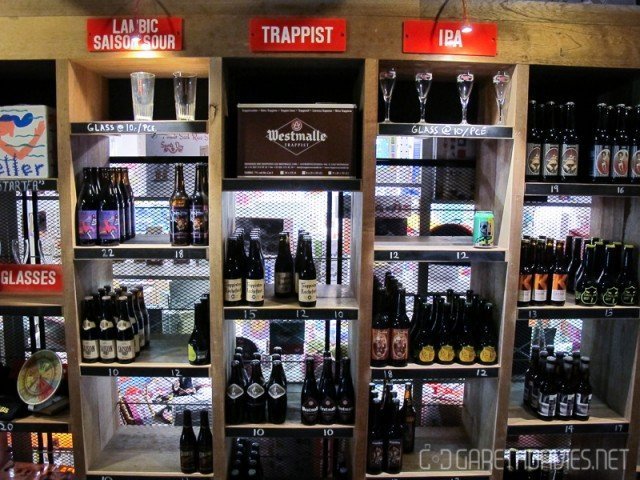 A good few Trappist beers too (Rochefort, Westmalle, Orval), but of course no Westvleteren haha.

Enjoyed a Bea by Kaapse brewery too, the first time I’d heard of them and had something – it was good. So good in fact I later visited their brewery and brewpub in Rotterdam, and their beer was EVEN better fresh. 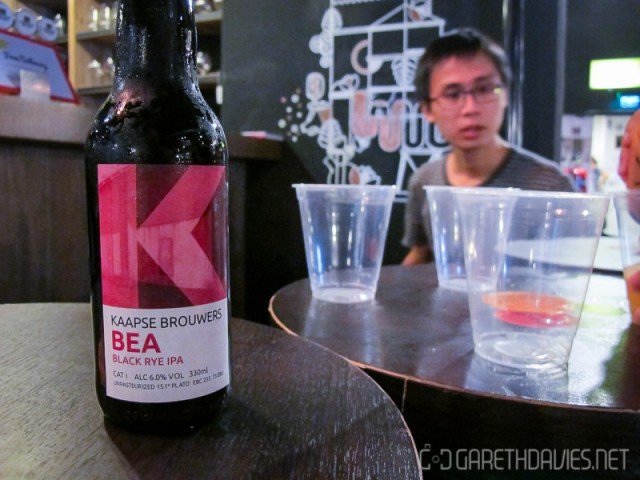 And yah, I’m sure if you’re eating in PasarBella, you might well find your missing husband here haha. 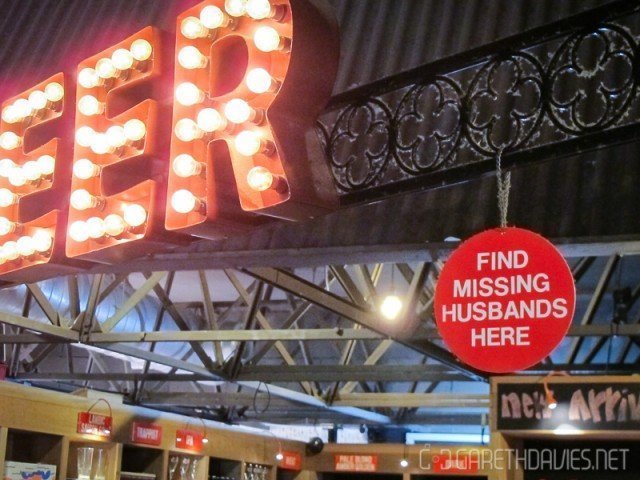 A great place to hang out. 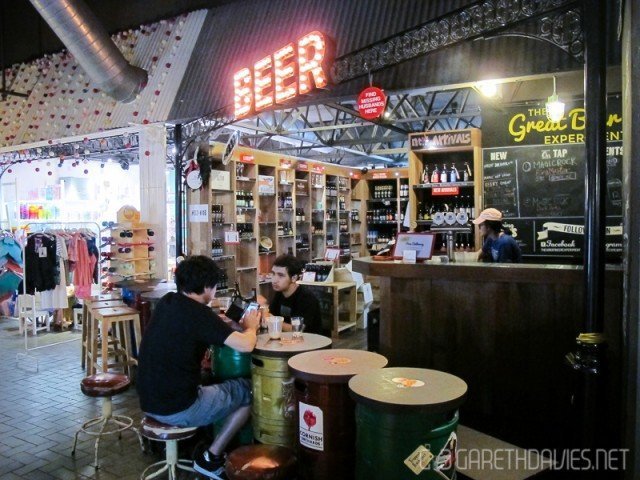 And of course, beer geeks taking pictures of beer – because that’s what they do. Look at the focus of the torch-bearer Peter ensuring optimal lighting for master Tai to take what we affectionately refer to as the ‘group shot’ haha.

Basically all the bottles after we finish a tasting. 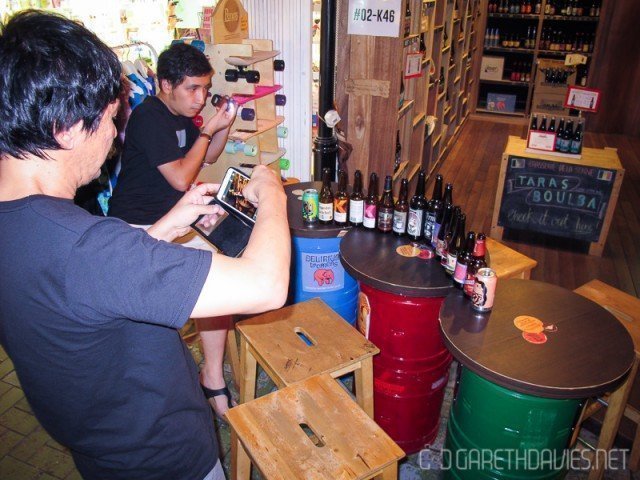 Here’s my version of the bottle shot. A respectable 16 beers between 4 of us. Quite a selection and variety of styles. 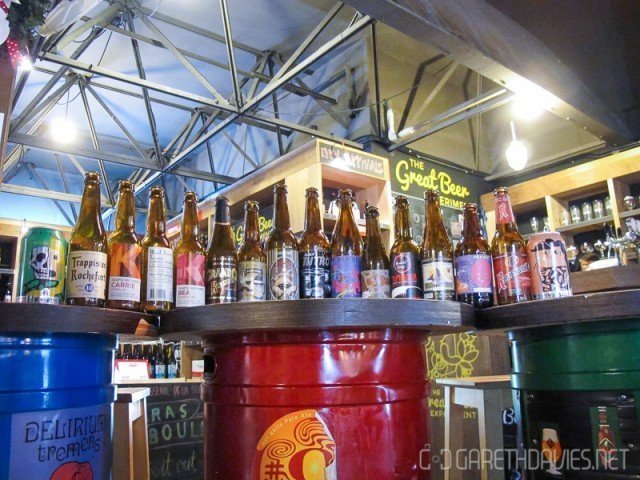 Maybe it was the company it was in, but Pannepot Grand Reserva 2010 was surprisingly disappointing.

So yah, great place – if you’re in Singapore and you’re into beer this is an absolute must visit. If you’re with a group, prepare to spend quite a long time there as we did (I think almost 7 hours in total from lunch time we left just before dinner).

Another plus point, because obviously you’ll be drinking a lot of beer! The bathroom is right next door haha.

I also fully recommend the roast pork from Keith Crackling Roast and the cheese tasting platter from The Cheese Ark.