After lunch at Nickeldime Drafthouse, we headed to Thirsty Craft Beer Shop at Liang Court, this joint is another bottle shop in Singapore, this time in a shopping centre around the popular Clark Quay area. It’s a small square with a rather huge range of American centric craft beers, if you love IPA – this is the place in Singapore you need to visit.

Thirsty is the leading craft beer shop in Singapore, offering the largest selection of the most sought after craft beers from around the world.

Create your own six-pack or pick up a mixed case from any of our stores or order craft beers online and get your beers delivered right to your doorstep.

You can drink on premise, with plastic cups as usual. They do have some ‘big’ beers occasionally, but it really depends on your luck and it’s most likely to be from the hop forward breweries (Stone, Dogfish Head, Ballast Point) rather than wild ale, sours or the other more ‘out there’ styles.

It’s pretty easy to find, on the 2nd floor on Liang Court, you can get there via the MRT (City Hall) and a short bus journey or walk. 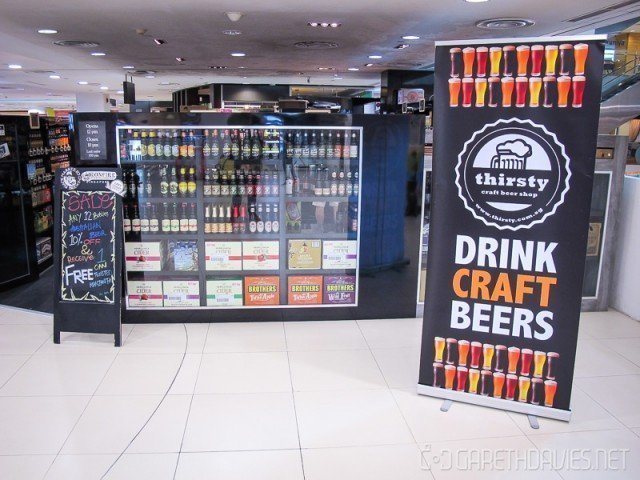 They open at midday every day at close at 10pm when the mall closes (last orders 9.30pm). It’s a pretty cool place to hang-out with 2-3 small tables in side and plenty of good food around (especially Japanese) like Tampopo Ramen on the ground floor. 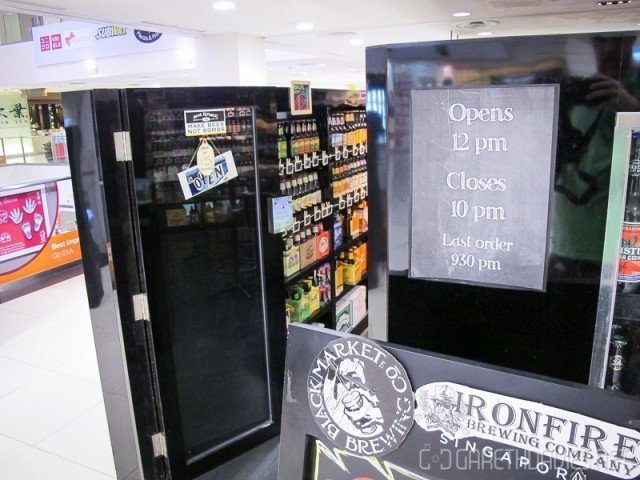 They have a pretty broad range of bottles with a small selection of English beers, Japanese beers and a few others from Belgium, Australia etc. But I can safely say it’s at least 85% US Craft brews with some that I hadn’t seen before like Ironfire Brewing.

Plus some real classics like Lagunitas Maximus, Ballast Point Sculpin, Dogfish Head 90 minutes and so on. And other well known brewers like New Belgium, Sierra Nevada, Flying Dog and so on. 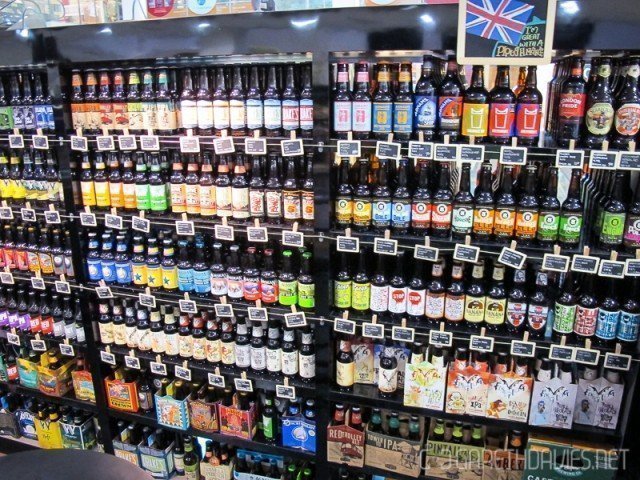 They try and keep pretty much at least one of everything in the fridge ready to drink, if what you want isn’t there you can get them to put it in the fridge and start with something else. 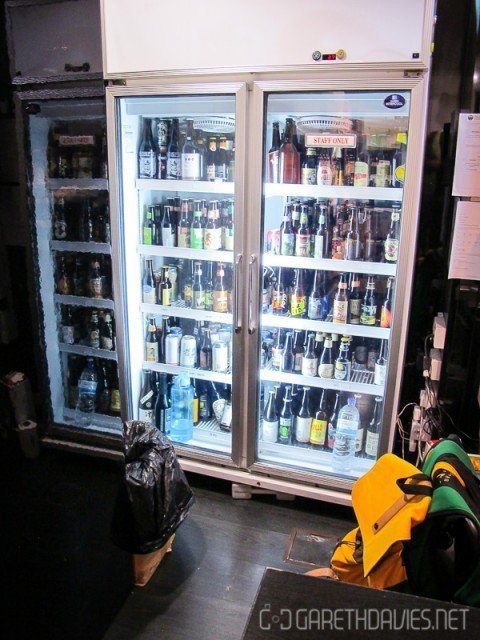 The group shot, without us of course (as usual) haha, these are the beers we had at Thirsty:

13 beers in total, and you can see, very IPA heavy, those non IPA beers we tried, were not so great.

The surprise stand-out of the session for me was Mike Hess, who I’ve never heard of – but makes wonderfully balanced beers, the Solis Occasus was fantastic. Of course 90 Minute IPA and Sculpin are up there amongst the best there is out there (both top 50 for Imperial IPA and IPA respectively). 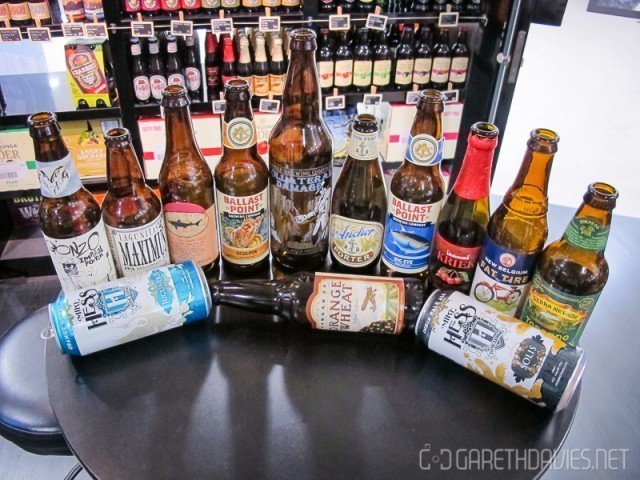 All in all, worth a visit if you want to have bit of a light beer session. Don’t go here looking for any super heavy, big dark or interesting Belgium (De Struise) or American (Alesmith, Bruery etc) brews. For that kind of stuff, you’re way better off at The Great Beer Experiment.

But for IPA and lighter beers, including really legendary stuff, they have probably the best selection in Singapore by a fare distance. They do have a few really top notch brews in other categories like the legendary Scotch Ale called Old Chub by Oskar Blues (I just wish they had Ten Fidy as well!).

As the name gives you a clue, it is a great place to have an ice cold IPA when you’re thirsty.