What is more fitting in Asia than having draught craft beer in a food court! It doesn’t get much more rustic than that, and that’s what Smith Street Taps delivers – you can have a pint of freshly kegged IPA with your satay and claypot chicken rice. 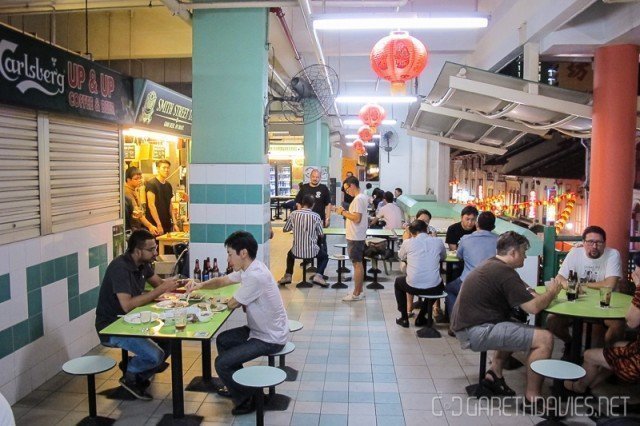 Downside, as with any foodcourt in a tropical country – it’s bloody warm! But then again, it makes the cold beer even better.

Smith Street Taps is a little tricky to find, so allocate a few extra minutes to make your way there. If you Uber or take a Taxi get them to drop you at the Chinatown Complex, then make your way up to the 2nd floor (or 1st for if you’re British) you’ll find the stall at #62. 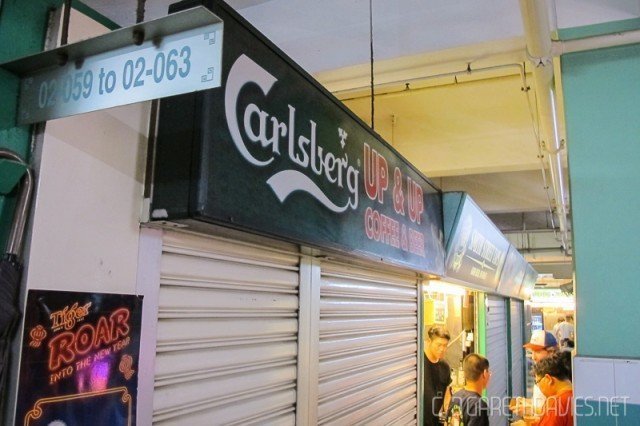 It won’t be too hard to find once you get in the vicinity, just follow the throngs of people drinking high-quality beer in proper glassware and you’ll find it eventually. If you go fairly late, the rest of the food court will be deserted anyway.

They have around 10 taps, which rotate fairly fast – especially if there’s only one keg of something. You might reach there, decide to try something and it’s finished by the time you reach the front of the queue! It’s self service (not table service) obviously, so depending on what just kegged and if it’s near last call – there can be quite a queue. 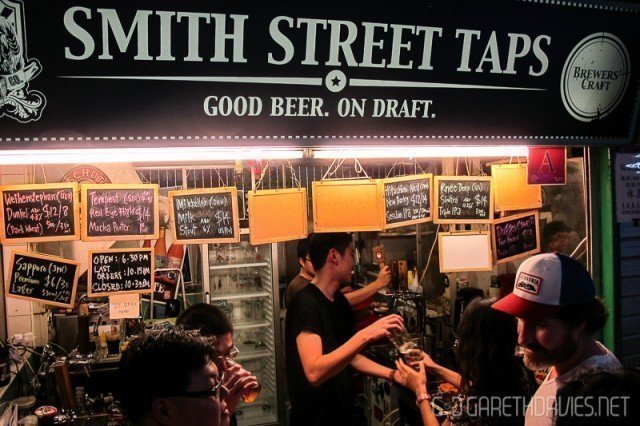 The range of beer is pretty impressive with beers from Japan, Sweden, USA, England, Scotland, Germany and Denmark on tap when I was there. Plus a good variety of styles from fairly light ales and wheats up to eye watering triple IPAs and imperial stouts.

The setup is pretty bare bones, with what is basically a bunch of kegerators with towers on top (2 taps on each fridge), but from what I saw it’s run properly with all connectors, taps and tubes being sanitized during keg changes to prevent contamination (the kind of things that are important to any beer geek worth his salt). 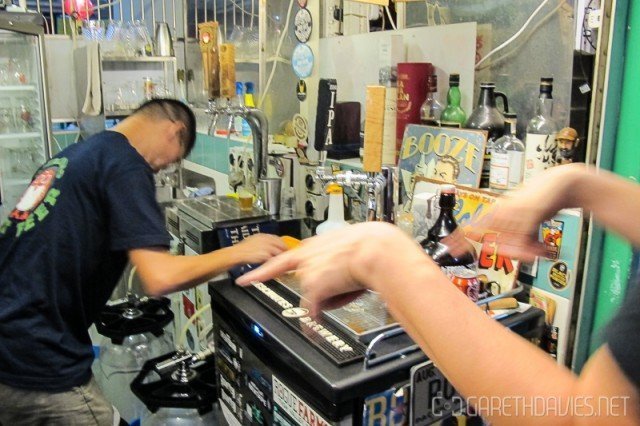 As for opening hours, due to the food court regulations it’s not open too late – last call is at 10:15pm and closing is at 10:30pm. So it’s a good spot to head for dinner and a nice beer before heading off somewhere else open a bit later (like Nickledime or Druggists) 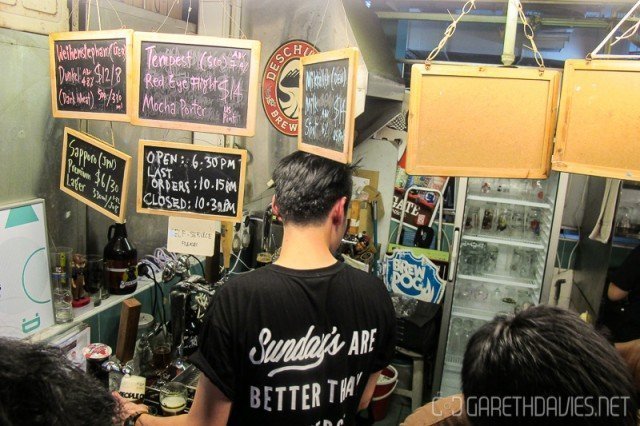 Overall I had a good experience at Smith Street Taps and would recommend it, good beer served well in a proper Asian environment. It’s a must visit for tourists and a nice option for people from Singapore and Malaysia to have some cheaper food with great beer on draught.

Prices are reasonable, starting all the down at $6 for macro beer (Sapporo) and the rest around around $14-17 for a US Pint – which represents good value for high quality beer. 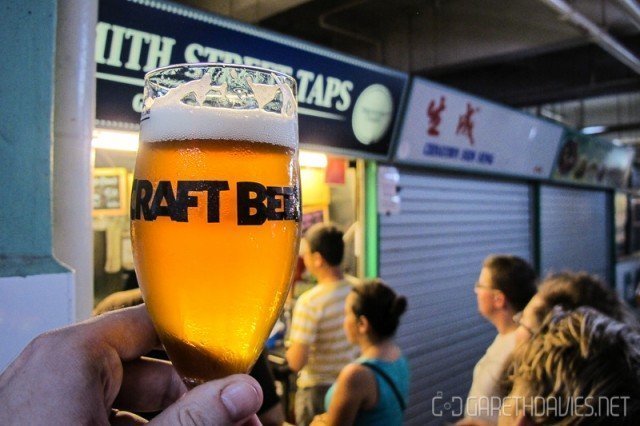 We had a good time there and I look forwards to visiting again. I mainly went because they were closed on my last trip due to Beerfest Asia 2015 preparation and also they kegged their own beer, a session IPA collaboration brew with Hitachino made in Japan and brewed with koji. 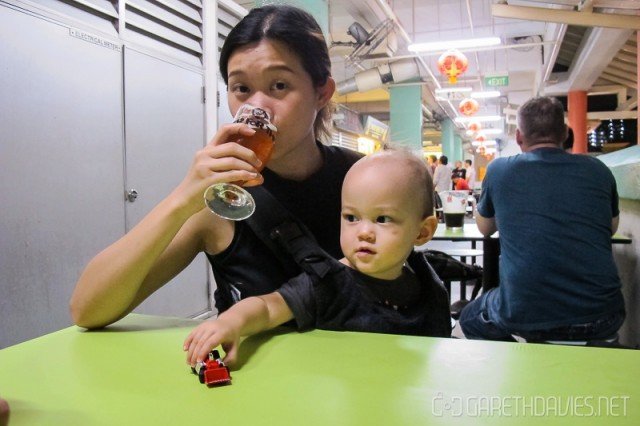 Thank you Smith Street Taps, I will see you again.

Beers I drank here were: