Our second entry about the Singapore craft beer scene after The Great Beer Experiment, now we look at Nickledime Drafthouse in Novena (just literally 200m from Novena station).

Our knowledgeable, friendly staff, cozy atmosphere, and great food and beer will make you want to keep coming back.

We celebrate choice and quality with an extraordinary range of strange and wonderful brews. Offering the best variety of beer available, and our dedication to providing excellent service in comfortable surroundings. the emphasis is on draught beer from the best international, national, and local breweries supplemented with a large selection of bottled beers, ciders, and wine.

It’s a fairly accessible location due to the proximity of the station, with a nice space that has an industrial type interior and 15 taps of well served draft craft beer. 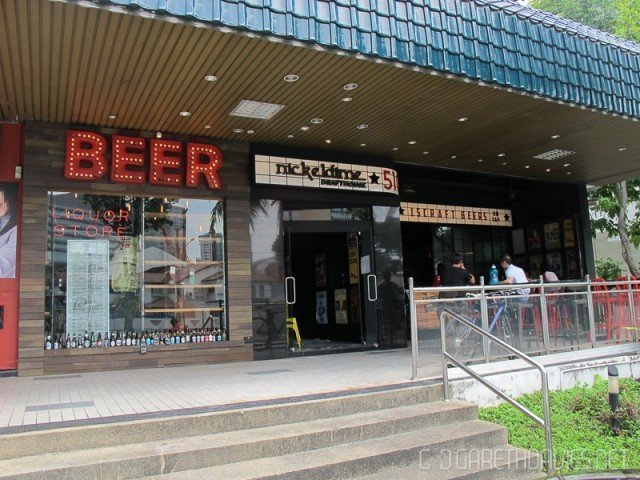 It may look slightly different now, as the left side of the picture has now been turned into 501 Sake Bar rather than the previous bottle shop. 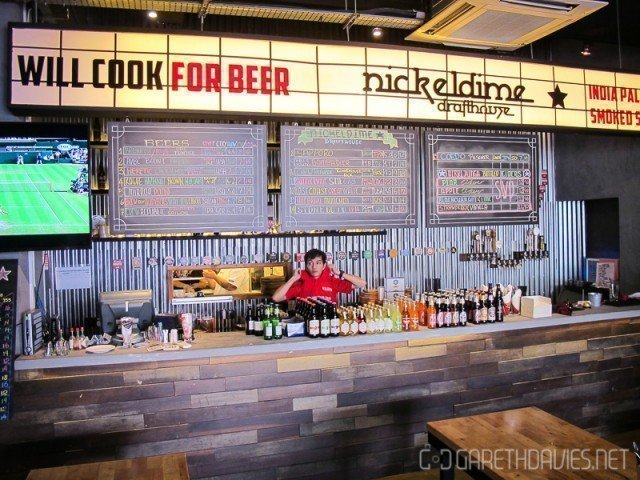 It’s quite a fun space with colour draft boards and sport on the televisions, a good social beer drinking environment rather than a hardcore beer geek hangout. 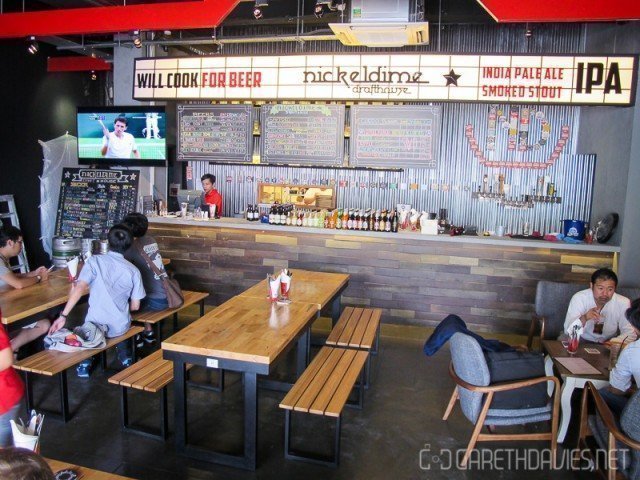 In saying that though, it’s definitely a place suitable for beer geeks as they have a big focus on serving beer the right way, and you can taste it in the glass. They clean every beer line with a 2 week cadence and they have a system to ensure the correct temperature delivery of the beer from keg to glass. So the focus on beer and quality is there for sure.

While we were there they had beer on draft from breweries like Anderson Valley, Heretic, Rogue, BBNO, Well’s, Lost Coast and Stone. 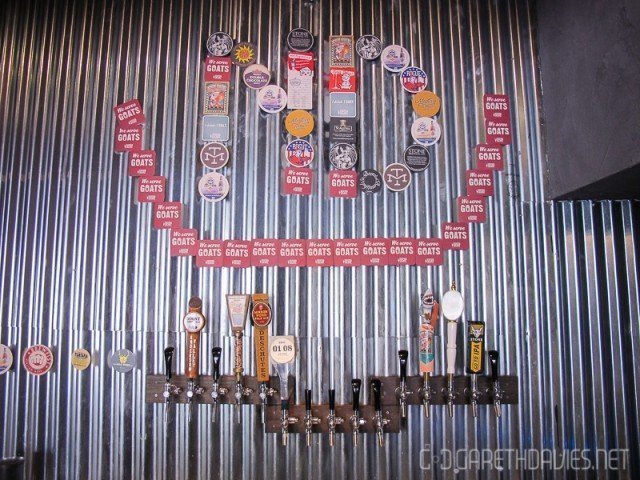 Another aspect that pleased me is the integration of beer with food, which is actually a large part of craft beer. Where as wine in some ways is rather simplistic (it basically has 1 ingredient) it struggles a little with bold flavours, beer is there. Beer can be served with anything from delicate fresh salmon, to fiery hot curry and all the way to rich indulgent chocolate truffles.

EVERY item on the menu is cooked with some kind of beer! I had the fish and chips with ale batter and apparently the burgers are excellent. 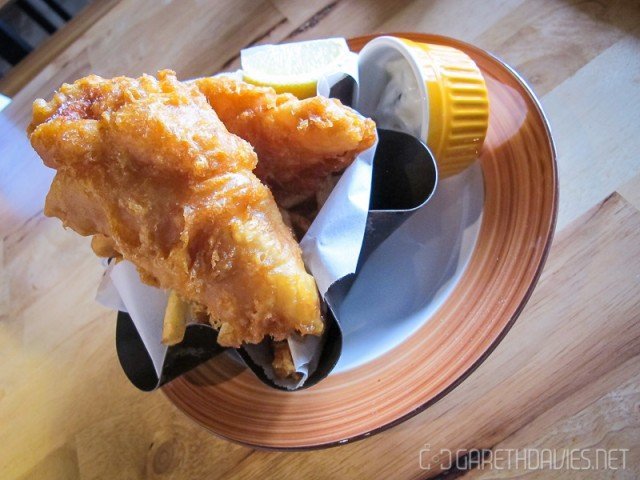 We mainly headed there for lunch, so we didn’t do a heavy session and we’ve had a lot of what was on tap, we just had 5 beers at Nickledime which were:

And they were a pretty light selection, as we’d had quite a heavy night before that and we were heading to Thirsty straight after haha. So nothing super memorable.

A tasting paddle of 5 beers, available for SGD25 at 150ML per tasting glass (before 7pm only). 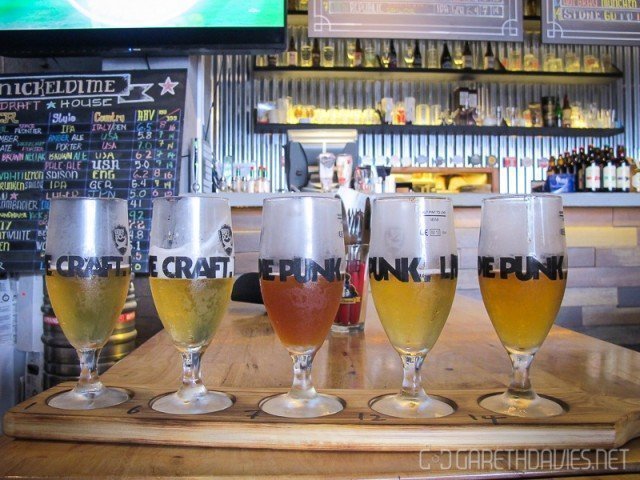 They did have some excellent bottles though, I picked up a few there (including Stone Imperial Russian Stout which a Ratebeer Top 50 entrant at #48) and a couple of others I wanted to from the selection including Japanese (Minoh Imperial Stout) and British breweries (Buxton Stronge). 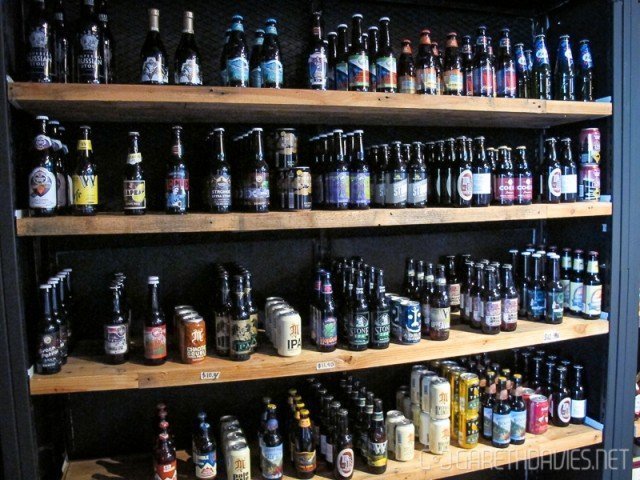 Overall Nickledime is a great place to chill, have some lunch or dinner and get some great, fresh, correctly served craft beer. They have a small but extremely varied selection of bottled beers to takeaway, which is always a bonus.

Definitely worth a look for craft beer lovers in Singapore.