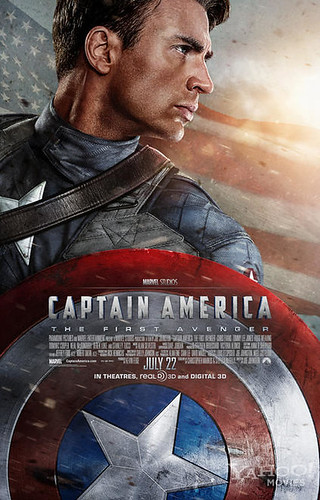 After being deemed unfit for military service, Steve Rogers volunteers for a top-secret research project that turns him into Captain America, a superhero dedicated to defending America’s ideals.

Another day, another Marvel comic book hero coming to the big screen – I’m a week out of date with this one (which is still pretty good considering I’m usually a few months out), and I actually watched this last weekend.

I’d be wanting to watch this ever since I saw the posters/teasers way back – probably around the time I watched Thor – which wasn’t a great movie. A lot of people did enjoy Thor though and it’s still doing really well on IMBD with a 7.4 score.

I have to say though, Captain America was much better than Thor in my eyes. There was great character development, awesome action sequences, a truly evil villain, some romance, some comedy and amazing CGI. All around it was a very well put together movie.

One thing that blew me away was how they made the rather ripped Chris Evans into skinny little Steve Rogers – it was just so realistic and so weird at the same time seeing his face on that tiny little frame. 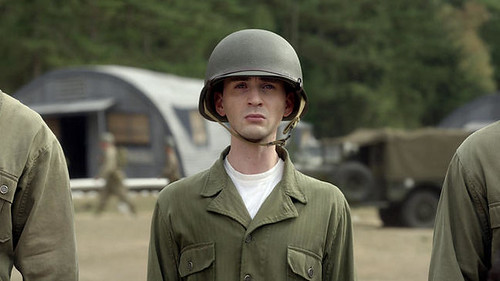 Of course he doesn’t stay like that for too long, shortly after that you get the part all the girls are waiting for – a shirtless, totally buffed Chris Evans in all his glory. Shirt on or off, he carried the movie really well. He stayed true to the character of Steve Rogers even when he was the butt kicking Captain America. 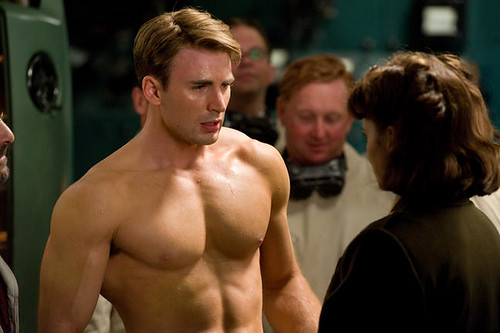 The film was well paced, the soundtrack was good, it was expertly filmed and the storyline (although fairly simple) ran pretty well.

The whole supporting cast was really good, the noticeable performances would be Tommy Lee Jones as the Colonel and Hugo Weaving as Red Skull – he really put in a really good performance. And damn, Hayley Atwell as Peggy Carter was stunning! 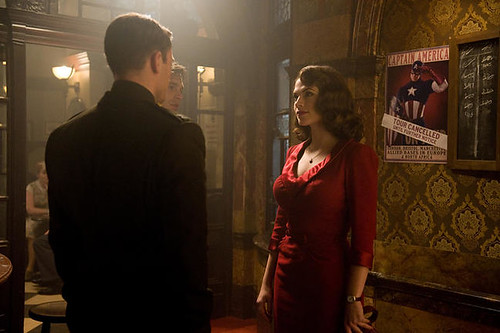 I loved how they got a Stark in there too (not sure if it’s the father or grandfather of Tony Stark from Iron Man).

I really enjoyed Captain America and I suggest if you haven’t watched it yet – do so! It’s definitely one worth watching on the big screen. It’s doing well on IMDB too with a solid score of 7.5.

It’s really got me excited about The Avengers movie coming in 2012 – it was less of a teaser during the credits of Captain America and more of a full-blown trailer. Bring on Nick Fury!

I give Captain America a Shield Slinging 8.5/10.