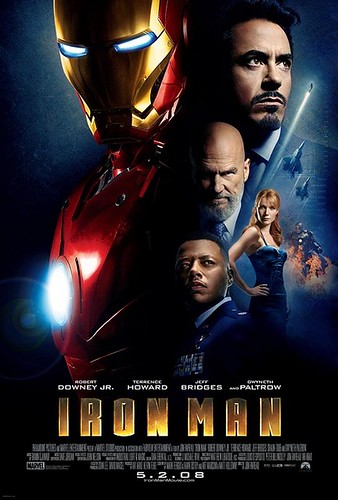 Billionaire industrialist Tony Stark builds a high-tech suit of armor and leads a double-life as the superhero, Iron Man.

Well everyone has been buzzing about this movie, I have to admit I’m a little late in watching it – been WAYYY too busy lately. Managed to catch up with a couple of movies this week! I tried not to set my expectations too high for Iron Man as that tends to lead to disappointment. After a sneak peak at IMDB and the stunning 8.2/10 I was rather looking forwards to it (Not to mention it went straight into the top 250 movies!).

It is of course also the first Superhero/Comic movie that Marvel has actually made themselves, the others are made by big studios…and well now I think everyone hopes Marvel will continue making their own movies. Hulk is coming out soon, after that a list of others (Spiderman 4, The Avengers, Thor, Nick Fury etc).

Anyway back to Iron Man, this movie ROCKS! Plain and simple, Robert Downey Jr. absolutely owns the character of both Tony Stark and Iron Man. 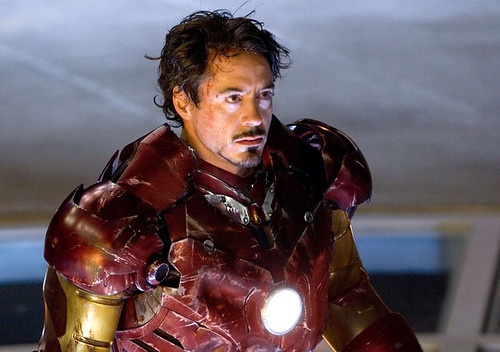 The CGI is flawless, the way he interacts with the holographic renderings is fantastic. The way the whole movie is put together is believable, it’s not too fantastic or unrealistic and it shows the development of Iron Man. Iron Man itself is also a nice concept, a man made hero rather than something spawned from a genetic mutation or a spider bite or a nuclear reaction.

Of course there will be comparisons between this and Transformers – I’d say this has the edge very slightly due to the fact the jokes and character interplay are slightly more adult oriented. Transformers is excellent, bit a little kiddy in parts.

Iron Man is funny, I laughed out loud quite a few times, the lines are great and Stark is of course obnoxious but witty. I have to say I think this is the best movie of the year so far and something is gonna have to do bloody well to beat it.

If you haven’t watched it yet…do stay until after the credits. The credits are damn bloody long, but it’s worth it!

You have to watch this before it goes off the cinema – if you haven’t already of course. This is a movie that has gone onto my “Buy Original DVD” list..

16 Responses to Movie Review – Iron Man – Film of the Year?