Movie Review – Immortals – More Clash Of The Titans Than 300 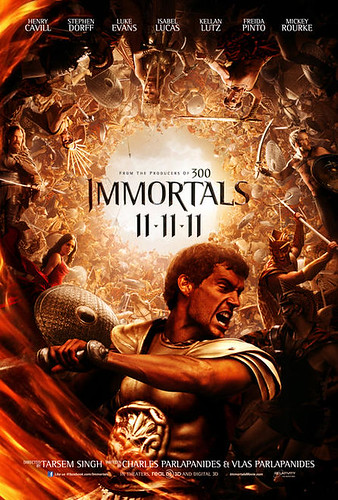 The brutal and bloodthirsty King Hyperion and his murderous Heraklion army are rampaging across Greece in search of the long lost Bow of Epirus. With the invincible Bow, the king will be able to overthrow the Gods of Olympus and become the undisputed master of his world. With ruthless efficiency, Hyperion and his legions destroy everything in their wake, and it seems nothing will stop the evil king’s mission. As village after village is obliterated, a stonemason named Theseus vows to avenge the death of his mother in one of Hyperion’s raids.

This was a movie, I have to admit, I was quite excited about after seeing the billboards and the trailer it looked hopeful that we may finally have a veritable contender to Frank Miller’s 300. After the dissapointment that was Clash of the Titans, could this herald the return of the Roman era?

Honestly after the series Spartacus – it had some high standards to live up to. For me the lead actor was as about as wooden as Keanu Reeves at his worst, I didn’t care about his character or the simplistic story line. 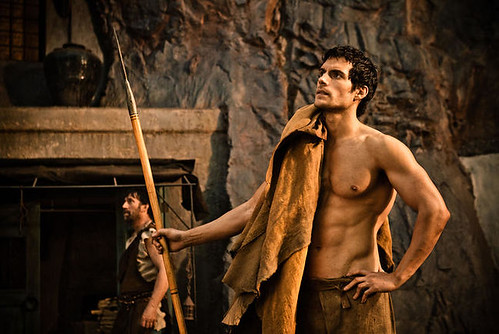 And oh hoorah, we have to look forward to more of him as the new Superman in 2013 – but then again, Superman has always been fairly wooden.

The cinematography was beautiful, the soundtrack was forgettable and the fights were too fake for me. Too much obvious CGI, in this day and age after watching movies like the most recent Planet of the Apes and of course the LOTR Trilogy – it’s unforgivable.

The ‘Titans’ looked like something out of a badly constructed PlayStation 3 game.

For me the show was stolen by Mickey Rourke as Hyperion, he’s an extremely convincing villain and since his come back in the The Wrestler I’ve been constantly impressed with his performances. You gotta admit he was the highlight of Iron Man 2 as well as Ivan Vanko / Whiplash. 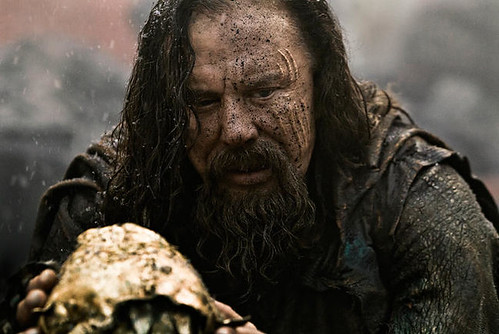 The only other convincing actor in the whole thing was John Hurt as the human form of Zeus, the lead women wasn’t even hot, yah that girl from Slumdog Millionaire and Rise of the Planet of the Apes – Freida Pinto.

And Zeus himself, father of all Gods, was played rather poorly by Luke Evans who ironically also played Apollo in the train wreck that was the Clash of the Titans remake in 2010.

And just a heads-up, the 3D version is a post-conversion…so no, it’s not really a 3D movie.

Would I recommend you watch this movie? No not really, and if you do – make sure you watch the uncensored version. It’s bound to moderately better with all the violence and some boobs.