Movie Review – Rise Of The Planet Of The Apes – WOW!! 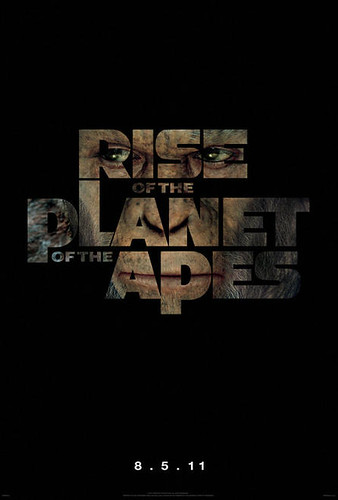 During experiments to find a cure for Alzheimer’s disease, a genetically-enhanced chimpanzee uses its greater intelligence to lead other apes to freedom.

I’ve been looking forwards to this film for quite a while, especially since the 2001 reboot, which was pretty meh. Technology and cgi has come a LONG way since back then, in 2001 it was basically people in monkey suits…which didn’t really work that well.

And here we have it, a modern reboot in 2011 with today’s technology – and all I can saw is WOW!! – it blew my mind man. It’s doing awesomely well on IMDB with a well-deserved 7.9/10 – I have a feeling it may well creep into the Top 250 and well, really I think it should.

The emotions portrayed by the apes is just absolutely incredible, it’s so realistic it’s just…mind-blowing really. Especially from Caesar played by Andy Serkis (you might know him as Gollum from LOTR). 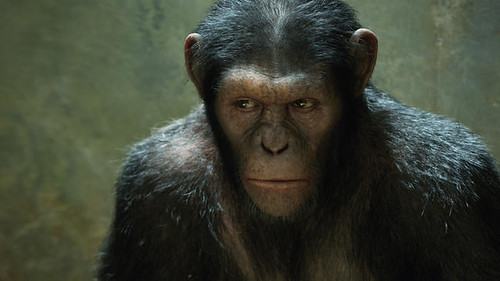 You can really see how his character develops and changes through-out the film into the leader who completely turns against humans. As for the human roles, they were played well enough by James Franco, Frieda Pinto and John Lithgow (who is fantastic as always).

The rest of the human characters are fairly forgettable. 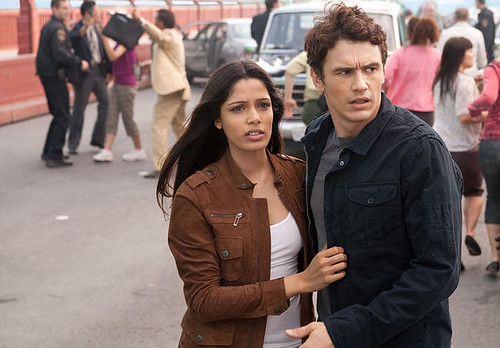 I have to say this is probably one of the best movies of 2011 so far along with probably X-Men: First Class, there’s little else this year that’s particularly memorable.

Rise Of The Planet Of The Apes was so good it felt like it passed by in a flash, it felt like I’d barely sat down when I realised the credits were rolling up and it was over – that’s how mesmerising it was.

If you haven’t watched this movie yet – seriously go and do so immediately!

5 Responses to Movie Review – Rise Of The Planet Of The Apes – WOW!!