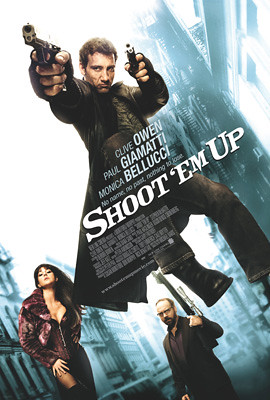 Mr. Smith, the angriest, most hardboiled man in the world, finds himself entrusted to protect the most innocent thing of all–a newborn child. When Smith delivers the baby in the middle of a gunfight, he soon discovers that the infant is the target of a shadowy force that has sent a team of mysterious and endless assailants, led by Hertz..

This is a movie I heard a lot about and it was something I was definitely interested in, a bit weird, loads of action and a great lead man (Clive Owen!) plus a hot lactating prostitute (Monica Bellucci) – how can you beat that!

It didn’t go down to well with the critics, but then it wouldn’t…it’s not arty or pretentious, it’s not deep or meaningful, it’s crazy, fun and entertaining. Not an Oscar or Grammy winner, but definitely capable of becoming a cult favourite for many people. It does pretty well on IMDB though with a 7.1.

There’s not much of a plot so I won’t bother going into that..but Clive Owen is one of my favourite male actors and he’s just suited perfectly to this hard-edged, quirky, kick-ass kind of character.

Monica is scorching hot of course, a little weird too and very seductive. 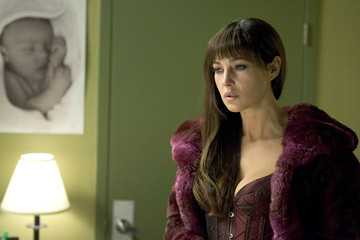 The bad guy is creepy and weird with a soft side, which suits the odd nature of the film. He’s played well by Paul Giamatti. 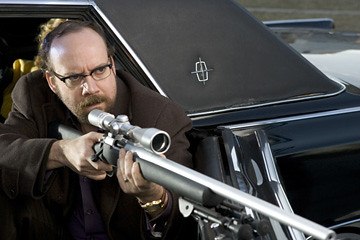 All in all it’s a thouroughly entertaining film, it’s not thought provoking (although it does take a few stabs at society and human nature) and it’s not deep. It’s a movie you can watch over and over easily without getting tired.

Do be warned though, it’s a movie that may make your neighbors complain about loud noises (Yes it happened to me). It has some incredibly unique action sequence…and it makes carrots cool.

It’s no masterpiece, but it’s definitely worth a watch – forget what the critics say!