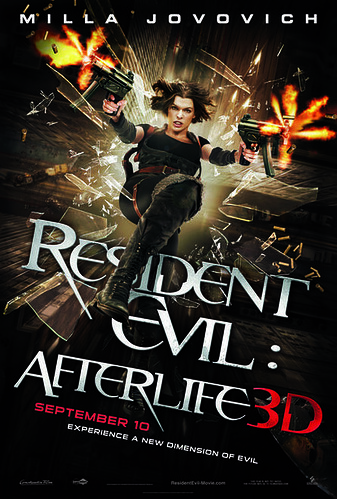 In a world ravaged by a virus infection, turning its victims into the Undead, Alice, continues on her journey to find survivors and lead them to safety. Her deadly battle with the Umbrella Corporation reaches new heights, but Alice gets some unexpected help from an old friend. A new lead that promises a safe haven from the Undead takes them to Los Angeles, but when they arrive the city is overrun by thousands of Undead – and Alice and her comrades are about to step into a deadly trap.

The 4th in the series which started back in 2002 when video game adaptations were just starting to take off. Resident Evil is a game everyone is familiar with and many people love (to the point of obsession for some). The first movie was better than expected, the 2nd and 3rd weren’t too great and thankfully the 4th one is better.

This was a movie I went into with extremely low expectations, probably because of the two films that came before it in the series. Also an interesting fact, this is the first video-game adaptation movie to be shot in 3D.

Anyway it’s a movie I had to watch, and honestly speaking I have to say I’m glad I did – I really enjoyed it and it was 1000x better than Tekken. It’s doing pretty well on IMDB for this kind of movie with a solid 6.7/10.

Milla Jovovich is still hot of course (and that always helps) and truly kicks ass in this movie plus Ali Larter who is always a winner in my book. 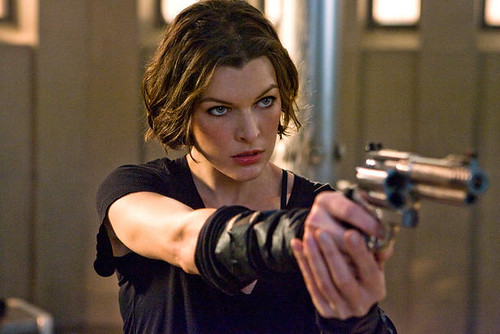 The filming was good, soundtrack was good, characters were decent, monsters were suitably scary, bad guy was suitably indestructible and the action sequences were hard and fast.

All in all a good action/horror film with a bit of suspense and some awesome fight scenes. I watched it in 2D but I can imagine the 3D might be quite spectacular, especially the shower room scene with the hammer dude (The Executioner).

There’s definitely going to be a 5th installment judging from the end, and we may well have just got introduced to the new heroine.

If you go into this movie expecting what it is (action, horror, suspense, cheesy dialogue and some beautiful scenes) you will get exactly what you paid for. Just don’t expect anything deep and soul moving..because it aint that.