Movie Review – The A-Team – I Love It When A Plan Comes Together! 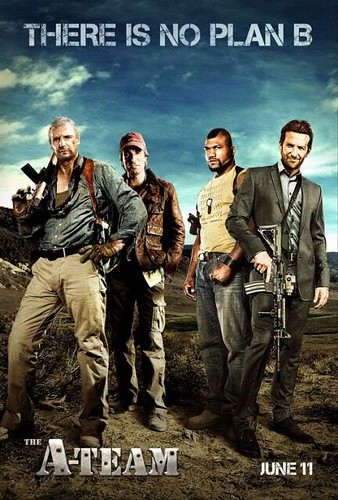 A colorful team of former Special Forces soldiers were set up for a crime they did not commit. Going “rogue,” they utilize their unique talents to try and clear their names and find the true culprit.

2010 is actually turning out to be a pretty decent year for movies, the summer blockbuster season is just starting to come into effect and we’ll be treated with some more big titles around Christmas time I would imagine.

So far my best movies of the year would be pretty close between Kick Ass and Ip Man 2, but honestly they just both got beaten!

I’ve always loved A-Team even since I was a kid watching the original series and wondering what monster they were gonna build in the abandoned hangar (which happened every episode!). It was the only series where 10 guys could shoot at you with fully-automatic machine guns, make your car flip over 5 times and you could get up unscathed!

Those were the days, the days of Knight Rider, A-Team, Street Hawk and Airwolf!

And well The A-Team movie really brings back the feel of the original series, superb casting and awesome action sequences. The dialogue was great too, plenty of funny moments and classic lines. Liam Neeson has really grown as an actor for me since Taken – probably my favourite movie from 2008.

He really nails it as the cigar smoking Hannibal. 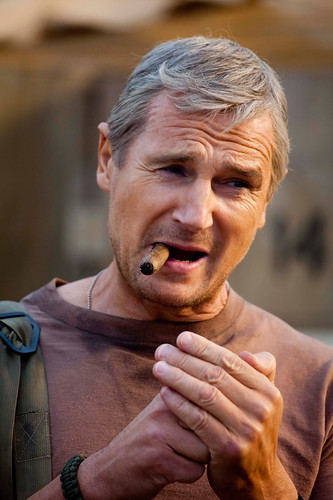 Bradley Cooper is pretty good as Face, but not as good as the original. Quinton Jackson is well cast as B.A. Baracus and if you didn’t know he’s actually a champion MMA fighter in real life. Bring on the gold chains in the sequel!

I ain’t getting on no plane SUCKA FOO! 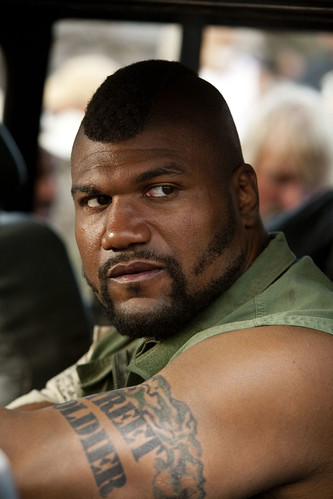 The movie is doing very well on IMDB with a solid 7.6, which i suspect may go downhill after a while as the movie is getting panned by the critics with mostly C- scores. But then people like Ebert and Morris don’t particularly like movies like this.

I personally thought it was great, it’s a fairly long film at 3 minutes under 2 hours, but it doesn’t drag at all and certainly doesn’t feel long. It’s a fun film to watch and I can see myself watching it many more times.

9 Responses to Movie Review – The A-Team – I Love It When A Plan Comes Together!