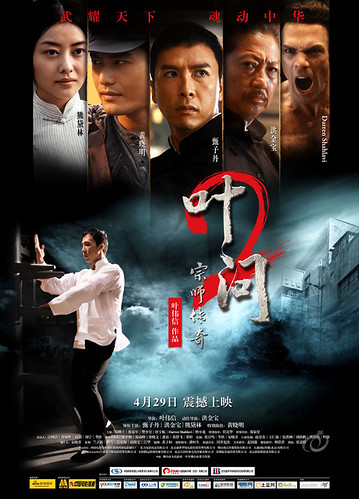 During Ip Man’s arrival in Hong Kong in 1949, he notices that the martial arts schools there operate like triads rather than true martial arts institutions. To set things right, he starts his own school that not only just teaches martial arts but also the right values. However, Wing Chun, as taught by Ip Man, is being viewed as kung fu meant only for girls, while Sammo Hung’s Hung Gar is being seen as a macho form of boxing. This resulted in conflict and rivalry between the two.

The first Ip Man is most definitely one of my favourite martial arts movies from the past decade, I’ve watched it over and over and will continue to do so. It helps I’m a long time student of Wing Chun, on top of that Donnie Yen is the best current martial arts star and well it’s just a really entertaining film.

Other than Iron Man 2 the other movie I was most looking forwards to in 2010 was Ip Man 2 which I also got to catch last weekend.

I have to say it was much better than Iron Man, more involving, better characters, generally move believable and all together more entertaining. I’m glad to see Sammo Hung back in movies actively again rather than just staying behind the scenes choreographing fights, yah he’s fat and old but MAN he can still kick ass…but then we knew that since SPL.

I still remember seeing him in Enter the Dragon all those years ago getting his ass whooped by Bruce Lee in the first scene on the training mat. His fight in this movie is AWESOME, on the table top between Ip Man and the fierce master of the Hung Gar clan (a style I also studied many years ago in Liverpool, also the style I took my name ShaolinTiger from). 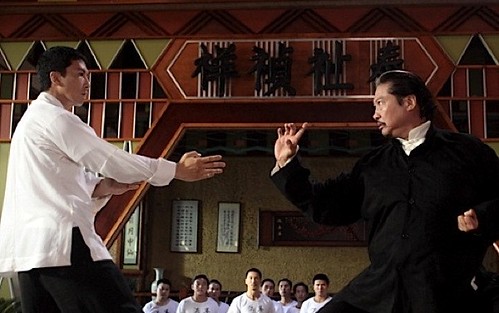 All around it’s just a good movie, well shot, well choreographed, well scored and well acted. It’s good to see Xiaoming Huang in a solid part too, he really should stay out of shitty films like The Sniper (Sun Cheung Sau).

It’s good to see a Chinese movie with a solid score on IMDB too, Ip Man 2 scoring in with 8.0 – it’s early days though with only a little over 1000 votes.

Some people might complain about the cliched bad white people in the movie, which do tend be over-used in Hong Kong movies..but then I think this is quite representative of that period in Hong Kong and what they were going through way before the hand over in 1997. And well let’s face it, there still are white people that think like that..just thankfully they aren’t ambassadors and politicians any more.

Anyway, if you haven’t watched this movie – make it happen!