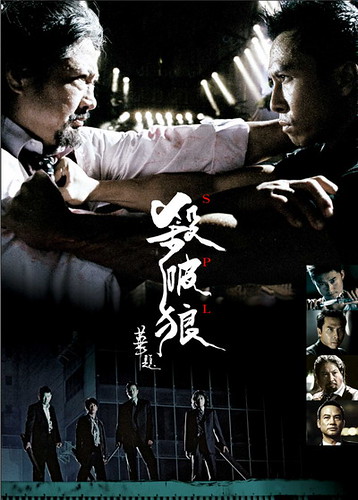 Hong Kong Police Detective Chan has devoted his career to putting the notorious triad boss Wong Po behind bars. While escorting a witness with damning evidence of Wong Po’s wrong doing to court, the police van is rammed at high speed by a car driven by the ruthless assassin Jack. The wreck kills the witness and his wife, but spares the witness’ young daughter. Detective Chan is left with a piece of glass in the back of his head. When the glass is removed, doctors notice a tumor in Detective Chan’s brain. He doesn’t have long to live making Detective Chan all the more determined to bring down Wong Po.

Plenty have people have mentioned this movie, especially after I watched Dragon Tiger Gate (Loong Fu Moon) and found it fairly crap..now I see what they were talking about.

Donnie Yen can create amazing fight sequences and this movie is one hell of a testament to that.

It’s a fairly typical gangster vs cops HK movie, it’s dark and quickly paced and it’s not only about action, it’s also about consequences of your actions..

Sammo Hung plays an evil, sinister, crazed but cool mafia boss and he plays it amazingly well, no hint of humour or lovable Sammo there.

The fighting is spectacular, and some is not even choreographed, they were just told to go for it and it really shows!

Especially the fight in the alley between Donnie and Jacky Wu Jing, wow, amazing! During the making of the movie, Donnie actually broke 3 batons on Wu-jings head filming that sequence.

There’s a good mix of traditional martial arts and some UFC style grappling/ju-jitsu.

The finale between Donnie and Sammo is nothing short of spectacular. 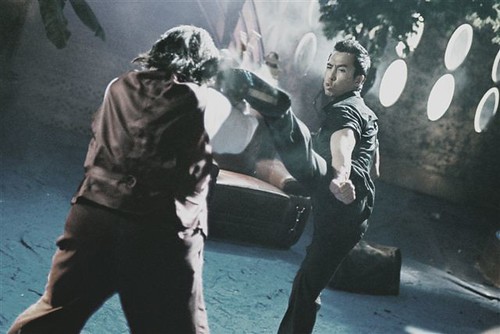 If you haven’t watched this movie, I highly recommend it.

It’s fast paced, gripping and the action is fantastic.

SPL feels one of the olden time HK movies, when they used to be good, you know like A Better Tomorrow and that era, when HK movies were still explosive, gripping and exciting. The way this movie is put together is raw, the fight scenes aren’t slick, they are Ong Bak/Tom Yum Goong style bone-cruching, face cracking, blood splattering, like the guys on screen are really actually trying to kill each other.