Movie Review – I Am Number Four – New Movie Franchise? No Thanks.. 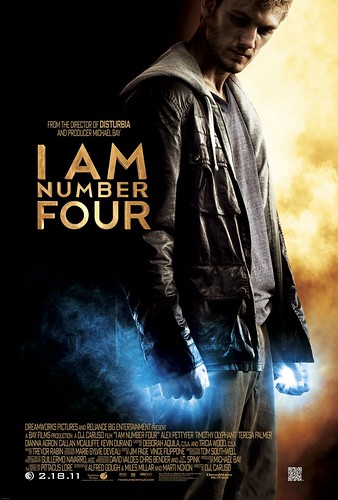 John is an extraordinary teen, masking his true identity and passing as a typical high school student to elude a deadly enemy seeking to destroy him. Three like him have already been killed … he is Number Four.

I had some free tickets from TGV via Nuffnang for my birthday so we decided to catch a movie whilst we were hanging out at Sunway Pyramid pigging out the whole day. There wasn’t a lot of choice of what was on really, this had mixed reviews as did Battle LA and the rest were certified crap.

So we decided to go for this, I thought it’d be a bit more hardcore – a bit more sci-fi. Not another Twilight-esque tweener/highschool love story with some special effects thrown in for good measure. It also freaked me out a bit that the female lead was Quinn Fabray from Glee..basically playing the same character (in girl gone out, the movie for photography, in Glee, for singing).

She was ok, as was the male lead Alex Pettyfer who managed to have the same facial expression for mostly the whole film (compare the poster above and his face in the screen-shot below). It was a decidedly teenage movie tho and I expect during 2011 we’re gonna see a whole lot more. 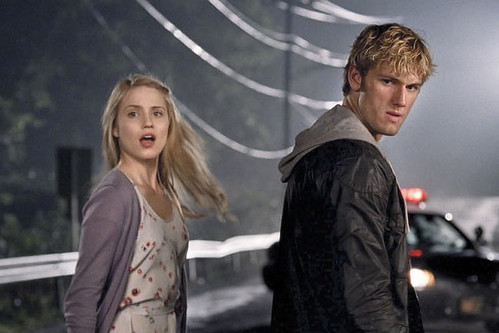 I saw Timothy Olyphant was in it too from the poster, so thought it should be decent cos he usually plays a badass kinda chap.

Not to say it’s a terrible film, but lining it up with a bunch of references for future franchise films is a little arrogant seeing as though it wasn’t exactly a masterpiece. I guess it did fairly well with the target audience as the rating on IMDB is a respectable 6.5/10. It was enjoyable enough to watch, well paced and the effects were fun to watch (definitely better towards the end) – but the characters had absolutely no depth, the plot didn’t really make sense and there was no compelling storyline.

7 Responses to Movie Review – I Am Number Four – New Movie Franchise? No Thanks..