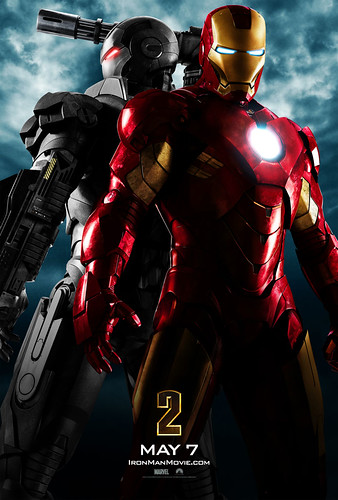 The world is aware that billionaire inventor Tony Stark is the armored Super Hero Iron Man. Under pressure from the government, the press and the public to share his technology with the military, Tony is unwilling to divulge the secrets behind the Iron Man armor because he fears the information will slip into the wrong hands. With Pepper Potts, and James “Rhodey” Rhodes at his side, Tony forges new alliances and confronts powerful new forces.

For once I managed to catch a movie on the opening weekend, yay for me! And well thanks to Carol for getting the tickets 🙂 I had to watch it though as it’s quite probably my most anticipated movie of the year.

Back in 2008 I thought Iron Man was the movie of the year and I still maintain it’s one of the best Marvel films to date and one of the best films in the past few years full stop.

I had a bad feeling I was going to be somewhat disappointed by Iron Man 2 just like the disaster that was Transformers 2 – which was so bad I didn’t even blog about it. Even though it’s rating well on IMDB with a grand score of 7.7, honestly though given some time I think that score will go down – perhaps to around 6.2-6.5.

And well I was somewhat disappointing, the whole plot premise was very simple and stretched thin to cover the whole movie. There wasn’t any character development or back story on Ivan Vanko/Whiplash – he was just straight up introduced as a bad-ass tattooed Russian guy who wanted revenge for his father.

And well that’s pretty much all that happened in the movie, of course some great special effects took place, the action sequences were a little underwhelming but not bad. As usual Scarlett Johansson was looking smoking hot (more Black Widow please!) and Gwyneth Paltrow was not looking hot at all. 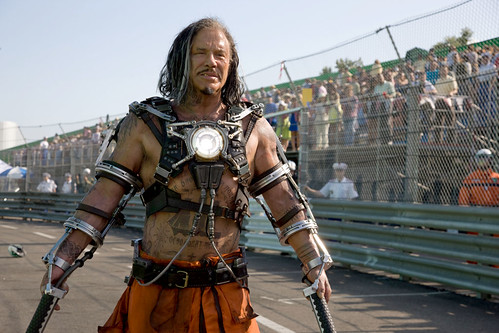 He’s having quite a come-back since Sin City and then totally nailing it with The Wrestler. He really put some work into this role too, he went to Russia and spent some time around the prison system and ex-convicts to get a feel for their attitude and character.

War-machine wasn’t so impressive however and the Hammer character played by Sam Rockwell was just uninteresting.

Marvel is definitely making a hardcore come-back though with Nick Fury and S.H.I.E.L.D. playing a larger role this time – I see an Avengers movie coming soon (it’s currently slated for a 2012 release) with the next movie being exposed by the scene after the credits in Iron Man 2. Gotta be a Marvel fan to understand it though, Thor’s Hammer..Anyway you can always check IMDB to see movies coming up from Marvel. I can’t wait for the Shang-Chi movie personally 😀

Anyway back to the movie, Iron Man 2 – is it worth watching….OF COURSE, it’s Iron Man 2 – even if it scores 2/10 it’s still worth watching. It’s a visual spectacle, it has some amusing moments, it has a lot of new characters from the Marvel world thrown in and it’s a decent movie – it’s just not great.