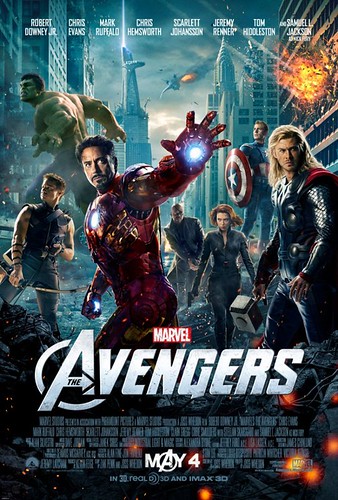 Nick Fury of S.H.I.E.L.D. brings together a team of super humans to form The Avengers to help save the Earth from Loki and his army.

I went through a period last year of watching a movie almost every weekend, it tailed off after a while though and honestly 2012 hasn’t been a great year for movies so far, the only thing I’ve watched which I thought worth writing about was Mission Impossible: Ghost Protocol – that was the time I discovered the joy of TGV IMAX in Sunway.

I’ve watched a few things since then, but nothing really noteworthy – so far Avengers has blown everything out of the water in 2012 – it’s also doing amazingly well on IMDB with a stonking (and deserved) 8.8/10. I’m also of course looking forwards massively to The Dark Knight Rises in July and The Hobbit in December – those are big contenders for 2012.

I also have a fair amount of hope for Prometheus in June mostly due to the fact it’s directed by Ridley Scott.

Anyway back to the Avengers, of course I’ve watched every single Marvel film in the series –

Some were better than others of course, but Iron Man really was the only one that stood out for me – the rest were ok. There’s going to be an Iron Man 3 (in 2013) as well – so let’s see how that goes.

Anyway, back to the movie – The Avengers – I thought it was great! Especially on IMAX 3D – it was a visual spectacular and the most enjoyable cinema experience I’ve had for quite some time. It was very well paced, the dialogue was witty and the cinematography was suitably epic. 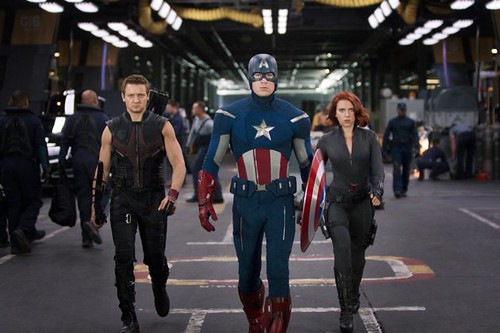 Obviously there’s not a whole lot in the way of storyline, but what were you expecting? In some ways the story is quite similar to that of Transformers 3: Dark of the Moon.

Acting wise the whole cast delivered, even Robin Scherbatsky – yah she’s in there! And for the record, this is the first movie where I’ve found Scarlett Johansson attractive.

This is definitely the best team based superhero movie EVER made and quite possibly the best comic book adaptation so far.

If you haven’t seen it yet, you should go and watch it ASAP at TGV Sunway on the REAL IMAX screen in 3D – it’s well worth the extra few bucks.

High Availability MongoDB & Replica Sets – A How To & Kinda Tutorial
Blogging WTF? At The Last Word KL – A Meeting For Copywriters