High Availability MongoDB & Replica Sets – A How To & Kinda Tutorial

So it’s kinda weird, last year I did 2 talks in the same month, 1 on WordPress (High Performance WordPress – Scaling, Tuning, Optimizing & More) & one which was more random (The History Of The Future at WebCamp KL.

This year I ended up doing 2 presentations in the same week (actually on 2 consecutive days), and once again the first was technical and the second a bit more random.

The first one was about MongoDB and was for the KL Mongo User Group AKA KL MUG. For those that don’t know what MongoDB is, it’s one of a new breed of SQL engines in the NOSQL camp – this means no more horrible SQL statements, no tables/columns/rows. Just documents being stored however you like.

Here’s me with my AWESOME Linode t-shirt giving the talk. 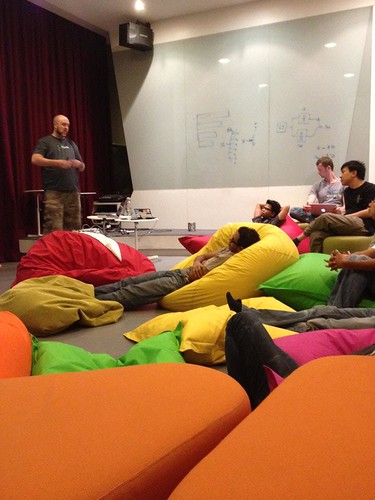 Some useful references I used:

The official MongoDB documentation and wiki is REALLY good, and also one of the reasons why I choose MongoDB over the others.