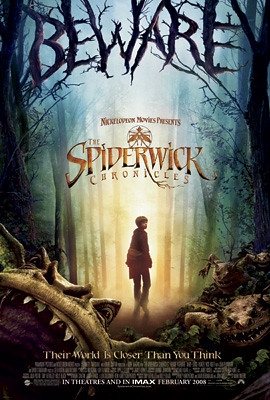 From the beloved best-selling series of books comes “The Spiderwick Chronicles,” a fantasy adventure for the child in all of us. Peculiar things start to happen the moment the Grace family (Jared, his twin brother Simon, sister Mallory and their mom) leave New York and move into the secluded old house owned by their great, great uncle Arthur Spiderwick.

I hadn’t actually heard much about this movie but I generally like fantasy flicks so I thought I’d give it a chance, turns out it was a good choice! It does pretty well on IMDB with 6.9 – I hadn’t checked that until after the movie though.

It turns out it’s based on a series of books of the same name – The Spiderwick Chronicles.

It’s basically a fantasy tale of monsters, fairies and all things wonderful, a little like Pan’s Labyrinth but not so dark.

The lead who you might remember as Charlie in Charlie and the Chocolate Factory and Pantalaimon from The Golden Compass. 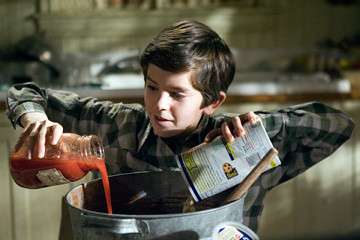 He played the role(s) very well and suited the character perfectly. The plot isn’t hard to follow and the pace is good, the special effects are very well done and all in all it’s a well polished production with a solid performance all around.

Nick Nolte is suitably scary as the baddy Mulgarath with his shape shifting and power over the nasty creatures. 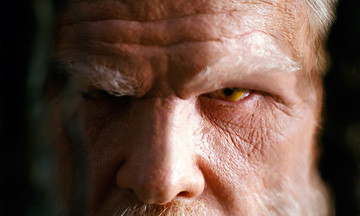 The movie has moments of happiness, sadness, humour and some great dialogue. Especially the arguing between the kids.

It’s definitely worth a watch especially if you are a fan of the fantasty genre.