The History Of The Future & WebCamp KL

So a little while ago I gave a very dry and rather deeply technical talk about WordPress, scaling and so on titled High Performance WordPress at WordConf in KL.

Shortly after that I found out the next WebCamp KL event was coming up webcamp:five – so I thought I’d like to attend. Right after that, I got asked to speak. It was rather an abstract request, talk about the future of the web – where do I think it’s going?

It’s a tough subject, not being clairvoyant…I really don’t know what’s going to happen. So I decided rather than do something technical and nitty-gritty I’d do something a bit more upbeat, pop-culture and entertaining. It’d also push me to give a different kind of talk in a less formal environment, I do tend to gravitate towards doing extremely deep tech stuff.

Anyway I titled my talk The History Of The Future and based it around science-fiction and where we have come from in terms of tech, I also tried to summarise where we are now (How far we’ve come in 20 years in comparison) and where we are heading.

The slides are here:

The History Of The Future
View more presentations from Gareth Davies

Here’s some pics of me talking. 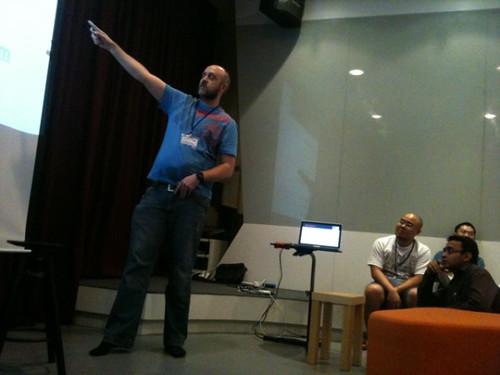 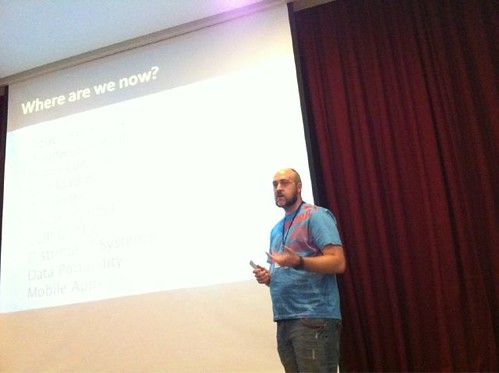 It was an extremely vibrant crowd and there were great talks from Colin, Kamal, Ngai Yuen & Wu Han – I got to meet some really interesting industry people and the energy in the room was electrifying. You can see ideas being created out of thin air.

Perhaps it is time for me to stop being a hermit and get out there a little bit, there are some very bright and talented people in KL. There was also a talented artist there Maggie T. Sutrov who drew a rather neat sketch of the speakers – here’s me: 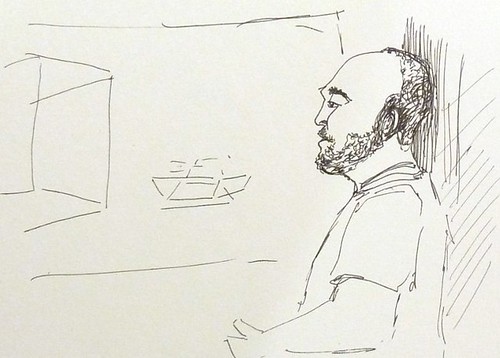 Cool eh! I’m looking forwards to the next WebCamp already.

6 Responses to The History Of The Future & WebCamp KL