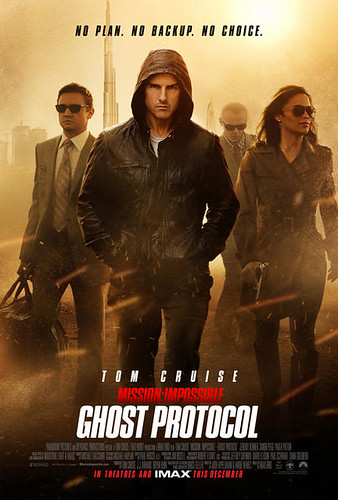 Blamed for the terrorist bombing of the Kremlin, IMF operative Ethan Hunt is disavowed along with the rest of the agency when the President initiates “Ghost Protocol”. Left without any resources or backup, Ethan must find a way to clear his agency’s name and prevent another attack. To complicate matters further, Ethan is forced to embark on this mission with a team of fellow IMF fugitives whose personal motives he does not fully know.

I’ve been wanting to watch this for ages, I was even looking forwards to the premiere – but we sadly missed that..and of course I wanted to watch it on the new Sunway TGV IMAX! What’s better than watching this years xmas action blockbuster on a REALLY huge screen.

Finally got around to watching it this weekend and everyone has been saying it’s a must watch movie – it’s doing really well on IMDB at the moment with 7.8 and I imagine it might get even better.

It’s been a while since I remember anything with Tom Cruise in it, of course he was hilarious in Tropical Thunder – War of the Worlds was forgettable and Knight and Day was just shite.

Tom Cruise is of course bad ass..coincidentally, the last movie by Mr Cruise I blogged about was Mission Impossible III….Which was passable – but that was about it. I’m surprised it still holds onto a 6.8 on IMDB. 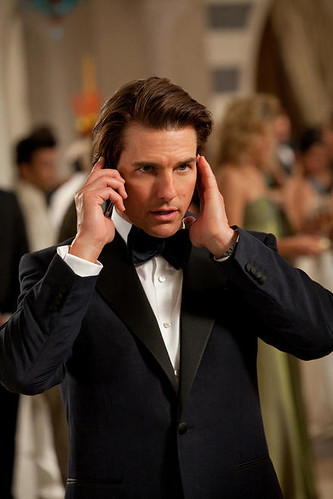 And well basically, this is just a hell of a movie – it’s fast-paced, action packed, entertaining, amusing and generally a good time will be had by all. The camera work was great, some of the action scenes were truly epic and the sound-track was booming.

It has an especially rocking impact if you watch it on a MASSIVE IMAX screen with crystal clear sound – great experience. A lot of the funnier moments were of course delivered by Simon Pegg.

As you would expect, Simon Pegg is funny..he’s come a long way from Shaun of the Dead and Hot Fuzz – he showed his talents first in Star Trek I guess.

You may well know the ‘baddie’ in this film Kurt Hendricks AKA Cobalt or Michael Nyqvist – from the original version of The Girl With The Dragon Tattoo. 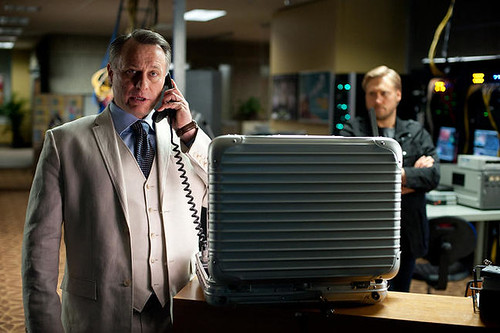 All in all, it’s a really good movie – well crafted, well directed and very well executed. Kudos to Tom Cruise on his producer spot – he nailed this one and has bought the Mission Impossible franchise back with a bang.

The technology is truly impressive (as it should be) and the missions truly impossible (as they should be) – and of course the cleavage rating is high with Paula Patton delivering the goods.

If you haven’t watched it yet, go and make it happen and watch it on IMAX – I’m actually looking forwards to watching any epic 2D films that come out on IMAX – especially when the next TGV IMAX opens nearer to my place at 1-Utama!

I give this movie an adrenaline pumping 7.5/10.

MOVE, LEARN & EAT
You Think You Had It Tough Going To School?!