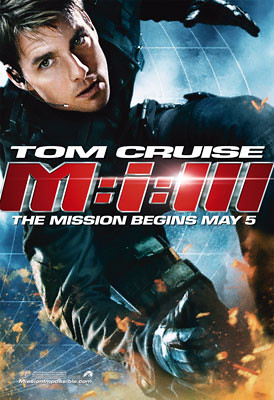 It does keep you on your toes, and Ethan is a little more human in this movie, plus of course the requisite guns, toys, gadgets, slick moves and explosions we’ve come to expect from Mission Impossible.

It’s running a respectable 6.9 on IMDB at the moment.

The action spans a few continents, has a typically nasty sadistic badguy, not much a plot, but thankfully is less about Tom Cruise (Hello, “Mission Impossible II – I’m Tom Cruise”), and more about the movie.

Not much acting is required for this kind of film, but there is enough there, a little plot development, a little human emotion and a lot of action, that’s pretty much how I would sum it up.

Oh yah, did I mention lots of explosions? 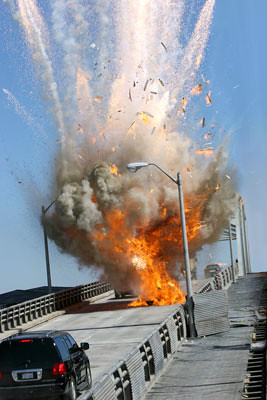 The grandscale set peices are very good, I have to say I didn’t expect much from the movie, but I was pretty impressed nevertheless.

Well worth a watch for a good bit of brainless action.

The end however made me sick, sick sick, it was so wrong, I wanted to kick the screen in.

“Yue May Not Mail Me Anymore”
Sabahan Tapai – It’s Good Stuff and it’s not Tuak!