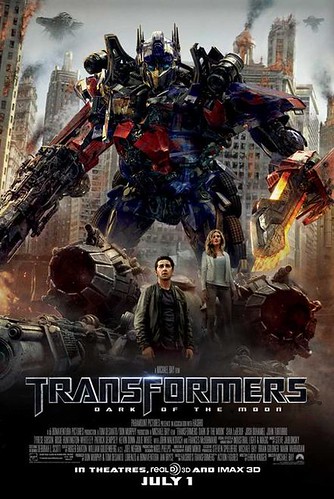 When a mysterious event from Earth’s past erupts into the present day it threatens to bring a war to Earth so big that the Transformers alone will not be able to save us.

It’s been a while since the first Transformers movie, way back in 2007 it made quite a splash. It was pretty much movie of the year, then came Transformers 2 – which was so bad…I didn’t even blog about it in my expansive Movies category – because it depressed me.

When the rumours started about Transformers 3 coming soon – I honestly wasn’t very excited, especially after Iron Man 2 last year – which was weak.

Anyway the next franchise reboot I’m looking forward to is Spiderman – it’s been a long time coming and I’m excited now after X-men: First Class was SO good.

Well back to the movie in question – Transformers 3, is it as good as the first one? No, not really. Is it better than the second one – yes infinitely so. Is Rosie Huntington-Whiteley hot? Goddamn right she is. 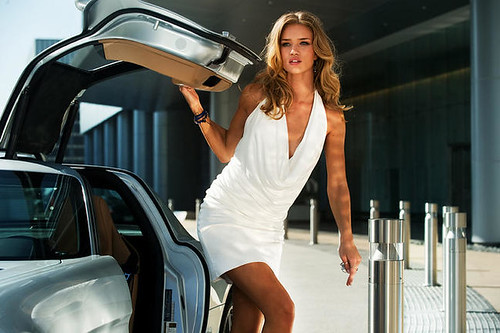 Oh yah and I love the SLS too 😛

Was Shia LaBeouf annoying – yah mostly. Oh and for the ladies, McDreamy is in there playing a douchebag too (Patrick Dempsey). Was the action absolutely spectacular? YES IT WAS! You could actually see them fighting this time – they pulled the camera out and made it a little less frenetic.

The pacing was incredible though, altogether a very gripping film. Well filmed, well scored and the focus was on the robots – there was some good storyline development, character development and for once the plot followed the comic book. 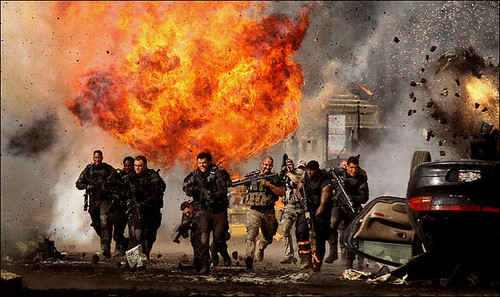 I have to say I thoroughly enjoyed the movie but the ending was HORRIFIC, really seriously? What was with the “Don’t let go” – is it Titanic all over again? That was cheesin’ man – really cheesin’ max.

They should have ended with Optimus Prime standing on the bridge with one arm like a total bad mofo having just slain Sentinel Prime and Megatron. It’s not doing too bad on IMDB right now with 6.9, I think it might push into 7.x territory at some point.

It’s also thankfully absent from the pee/poop jokes that littered the second movie.

For me, even with the ending, I still really enjoyed the movie and I give it a solid TRANSFORMING 8/10.

7 Responses to Movie Review – Transformers 3: Dark of the Moon – BOOMTASTIC