Movie Review – Indiana Jones and the Kingdom of the Crystal Skull – Whipsnapping! 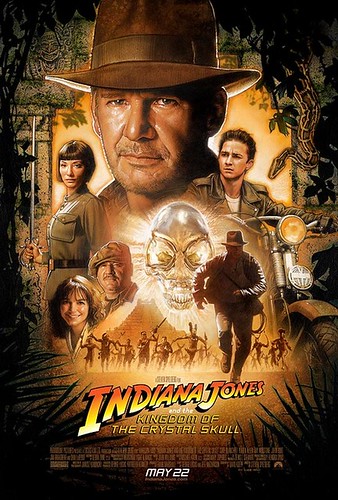 In 1957, Indiana Jones is thrust back in action, venturing into the jungles of South America in a race against Soviet agents to find the mystical Crystal Skull.

So Indy is finally back with the 4th part and high expectations with the first Indiana Jones movie back in 1981 being one of the best movies ever made (Raiders of the Lost Ark – #16 on IMDB). The Last Crusade was good too, Temple of Doom wasn’t so great but was still enjoyable. All in all a great trio of movies..I was excited about Indy 4 coming out since it was rumoured then announced..

Finally I got the chance to watch it!

All in all it was good, it wasn’t fantastic…it won’t go down in the archives as a classic like Raiders of the Lost Ark but it was pretty decent.

Does Harrison still have it as Indy? Yeah he does! He kicked butt. I have to say the humour of the earlier films wasn’t there in this one. It seemed a little too polished and a little less fantastic.

Our man held his end up tho, old he may be he still rocked and he was still pure Indy! 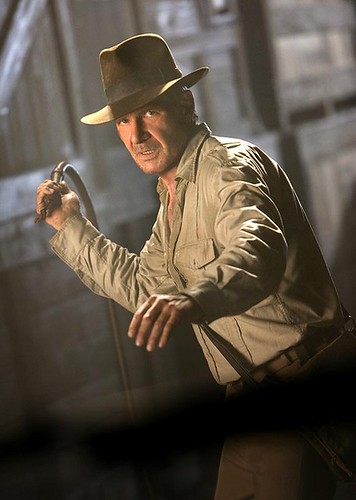 Shia LaBeouf was actually pretty decent and far less annoying than I expected him to be, Ray Winstone was far less of a bad-ass than he usually plays.

The rest of the cast were good, not a lot of depth to the characters though and I think the first time I’ve seen Cate Blanchett playing a real baddy.

The action sequences were good although the ending was a bit ‘WTF is this ID4?’

It’s certainly lacking the magic and suspense of the earlier 3 movies..I’d have to say so far this is the worst Indy.

Direction was good of course by Spielberg but mainly I think it’s the script that let it down, should they have made this movie? I guess not…but they did, I hope they don’t make another. Let Indy live as a legend!

10 Responses to Movie Review – Indiana Jones and the Kingdom of the Crystal Skull – Whipsnapping!