Movie Review – The Bourne Ultimatum – What a FINISH 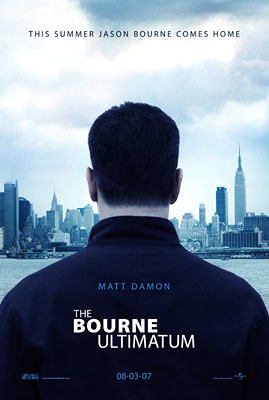 Bourne is once again brought out of hiding, this time inadvertently by London-based reporter Simon Ross who is trying to unveil Operation BlackBriar–an upgrade to Project Treadstone–in a series of newspaper columns. Bourne (Damon) sets up a meeting with Ross (Considine) and realizes instantly they’re being scanned. Information from the reporter stirs a new set of memories, and Bourne must finally, ultimately, uncover his dark past whilst dodging The Company’s best efforts in trying to eradicate him.

As it was a trilogy from the start, I’ve always looked forward to the next Bourne movie since I saw The Bourne Identity (7.5) back in 2002. Following that was the excellent The Bourne Supremacy (7.5) in 2004 – which I’m happy to say was above my expectations. The first two gave me faith that the third would not disappoint.

Unlike Matrix….which had the best first part of any trilogy – one of the best movies ever. The second two were barely worth watching.

Lord of the Rings ended badly.

Most of the others are just franchises gone on too long (Ocean’s 11, Pirate, Spiderman 3) – all which were horribly dissapointing.

I’ve been waiting most of the year for The Bourne Ultimatum – and I have to say it didn’t disappoint – AT ALL.

This is probably the first trilogy that gives me 100% satisfaction without, each movie is different enough to stand strongly alone – but similar enough to fit well in the series. I’d kept hearing it was great, good, amazing but I stayed away from the reviews.

Matt Damon is of course superb again as Jason Bourne. 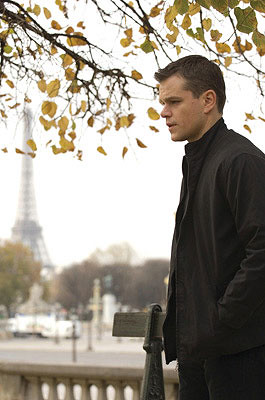 There is however a lot more development of characters in this movie and considerably less action, which in a way makes it even more compelling. The Bourne character has been well developed, and his relationship was somewhat abrubtly ended…so the development is more on those inside the CIA and those that made Bourne and others like him – which they call ‘assets’.

I shall be buying the original box set trilogy as I love each movie and can see myself watching them many more times.

I give it an excellent finish to the series 9/10.

12 Responses to Movie Review – The Bourne Ultimatum – What a FINISH