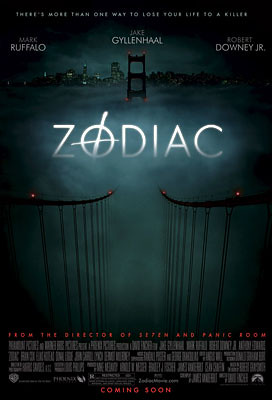 As a serial killer terrifies the San Francisco Bay Area and taunts police with his ciphers and letters, investigators in four jurisdictions search for the murderer. The case will become an obsession for four men as their lives and careers are built and destroyed by the endless trail of clues.

This is a movie that quite a few people have been talking about, many have mentioned it’s well worth a watch. It wasn’t hyped that much over here, but it did catch my eye, especially seen as though it had a decent cast and was based on a true story. It should be interesting at the very least.

It turns out it was better than expected, it’s stormed straight into the top 250 at IMDB at #244 with a score of 8.0/10! Very rarely do movies get above 7.8 or so, I expect it will drop a little as time passes though and it’s position will stabilize.

It’s a very well made movie and although it’s long at around 2.5 hours, it doesn’t feel long. It holds the suspense, pace and interest all the way through. The direction and character buildings are excellent. 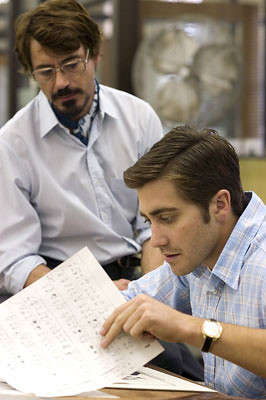 I’ve been a fan of Jake Gyllenhaal since I saw Jarhead and before that Donnie Darko, I can’t say he’s disappointed me since then.

It’s a very well put together movie, which leaves you guessing as to who is who, what’s the motive, what is happening and how it’s going to end.

The inter-relationships and changing situations of various characters make it very interesting.

It’s definitely worth a watch, sorry to rate another movie highly….but there’s been a crop of great movies lately, all of which have entered the IMDB coveted top 250, which says something right? Even though I feel IMDB is a little over-rated nowdays.

Flixster is an excellent Web 2.0 alternative built with a social networking aspect…anyway that’s off topic.

Go watch Zodiac, it’s worth it.