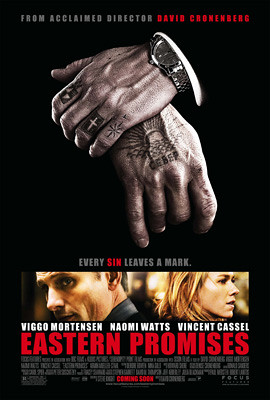 The mysterious and charismatic Russian-born Nikolai Luzhin (Viggo Mortensen) is a driver for one of London’s most notorious organized crime families of Eastern European origin. The family itself is part of the Vory V Zakone criminal brotherhood.

This is a pretty gritty film, I hadn’t actually heard of it – but Suanie recommended it so it must be good! It’s got a strong rating of 7.9/10 on IMDB (One of the highest scores I’ve seen for a while).

The movie revolves around an average British girl (Naomi Watts) getting entangled with the ‘Vor V Zakone‘ AKA the Russian Mafia – a scary bunch at the best of times. There is really quite a number of then in the UK, especially around London and they control a fair amount of territory.

It’s pretty gory, violent, sexual and nasty – there’s betrayal and all kinds of things going on.

Viggo Mortensen absolutely rocks it as the bad-ass Nikolai. He took method acting to the max, he really becomes Russian, the way he tilts his head when he speaks, his mannerism, everything is fantastic! 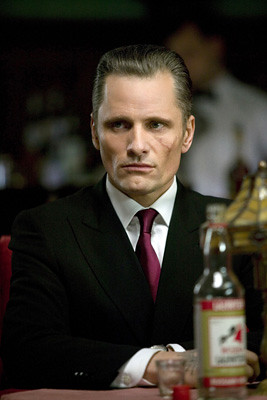 After stabbing someone in the eye during a naked fight in a sauna, I have to say Viggo is a real man now!

This is a great movie, an unexpected gem in the rough…definitely a must watch in my books. If you haven’t seen it go and find it now and watch it and watch Viggo ROCK IT.

This is a memorable movie, the noirish setting, the vivid characters, great scripting, character development…it has a the lot!