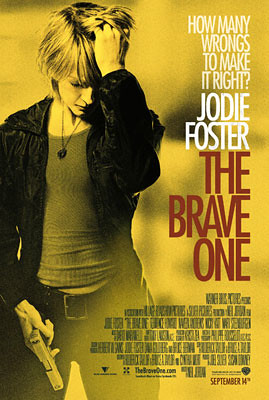 New York radio host Erica Bain has a life that she loves and a fiancÃ© she adores. All of it is taken from her when a brutal attack leaves Erica badly wounded and her fiancÃ© dead. Unable to move past the tragedy, Erica begins prowling the city streets at night to track down the men she holds responsible. Her dark pursuit of justice catches the public’s attention, and the city is riveted by her anonymous exploits.

Now this is a movie I didn’t hear much about, but it has Jodie Foster in it – so it must be pretty good! She’s been fairly quiet lately, the last thing I remember her in was Panic Room which was a solid film and Flightplan which was ok but a bit far-fetched.

She hasn’t had a really stunning movie since Silence of Lambs back in 1991, that’s quite some time. This movie is no masterpiece but it is pretty good. It has a decent score of 6.9 on IMDB and has quite mixed reviews, Jodie Foster definitely carries the whole movie and her transformation is terrifying. She plays Erica Bain who has a very interesting radio show and quite a perfect happy life…until it all goes terribly wrong. 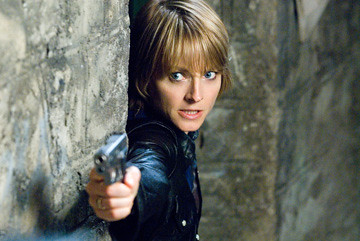 Terrence Howard is also excellent as Detective Mercer he plays the part very well balancing between an upright straight forward cop trying to do his job, but not being able to…and as a human being who feels the justice system is somehow failing. 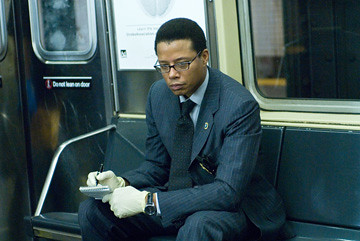 The movie may remind you a little of any other classic revenge movie such as the Charles Broson epic Death Wish (which also coincidentally scores 6.9 on IMDB).

Anyway this movie is definitely worth a watch, it’s pretty gripping, dark and very serious. The cinematography is very gritty and real, there’s nothing fancy here just a tale of human emotion.

The film takes you effortlessly through the tragedy of a real person in a real city in a real situation, everyone always thinks it won’t happen to them…but what if it does? What would you do?

Well you can watch The Brave One and find out what Erica Bain does – I give it a butt-kicking 7.5/10.

A Trip Up North – Formby Red Squirrels & On To Blackpool!
Blackpool Pleasure Beach! Pepsi Max Big One, Infusion and Bling!

7 Responses to Movie Review – The Brave One – Hard Hitting