So after our quiet relaxing trip to Formby, we headed on up to Blackpool – the thrill center and most famous seaside resort in the UK. The most famous part being Pleasure Beach Blackpool, with the Pepsi Max Big One, which used to be the tallest, fastest and steepest roller coaster of any park in the WORLD!

As we pulled into Blackpool it was dusk, the sun falling behind the horizon and the colours of a late summer sunset appeared. 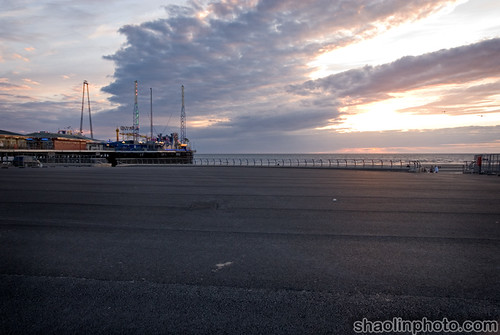 There were plenty of Seagulls too as it was super windy and they were enjoying the thermal currents. 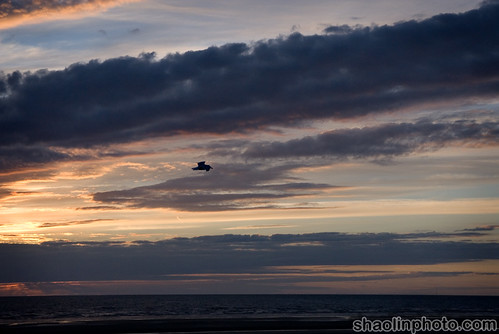 We could see all the way down the beach to the Blackpool tower and the Ferris wheel on central pier (Blackpool has 3 piers! North, South and Central). 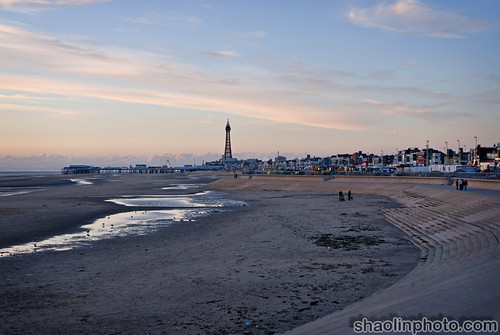 Incidentally the Blackpool tower is actually inspired by the Eiffel tower! It’s been there since 1894!

There is a hugely famous event every year in Blackpool called the Blackpool Illuminations, it’s usually around September-November each year – so whilst we were there they were just setting up the lights. Lot’s of them were kept under covers so they were secret. 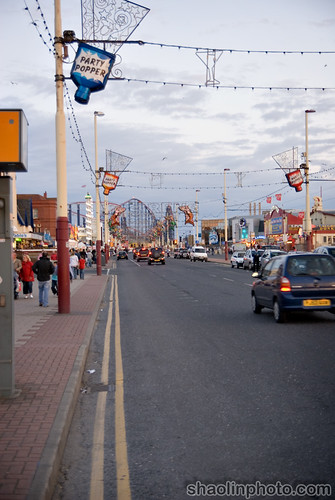 There was even something by McD! 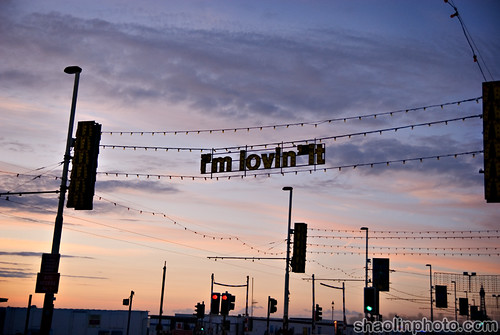 Of course it’s an English seaside so there’s all kinds of shops there where you can buy all kinds of junk and novelty stuff like personalised t-shirts, rock, sweets, costumes and lots of junk food. A classic example would be the pound shop! 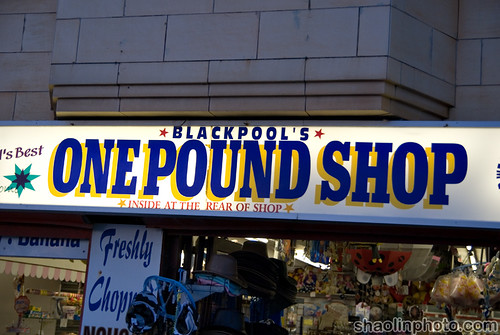 After we had a walk around, had some dinner (fish and chips with mushy peas of course), found a place to stay (nice clean reasonably priced B&B walking distance from the sea front. Then headed back out to central pier for a ride on the Ferris wheel and the Waltzers.

The Waltzers are old skool and they are VICIOUS, if you are even in a UK fairground and you see Waltzers don’t be deceived by how tame it looks, take a ride…it’ll rip your head off. I was praying for it to stop by the time it was 3/4 of the way through, I sat up the side as well to make it spin faster and the fella kept spinning and spinning. IT WAS INSANE, I loved it.

After that it was off to bed and up early next morning to head to the main attraction, Blackpool Pleasure Beach! We got in early so there weren’t too many crowds, the queues were quite short and the weather was PERFECT.

It was free entry to Pleasure Beach and the unlimited ride wrist band cost Â£35, which is quite pricey but you can go on all the rides as many times as you like…for a thrill seeker like me that’s good news. It can be cheaper depending on the season and any promotions on.

We ran straight to the back to check out Pepsi Max Big One. 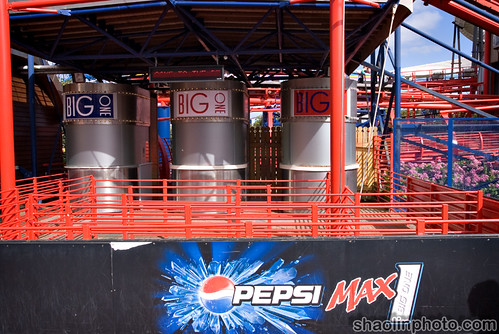 The monster it was, it looked even bigger when you are standing next to it with it’s first drop measuring 205ft! 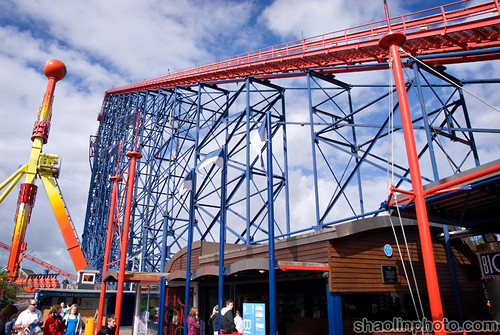 I ended up going on it 4 times! The ride to the left is called Bling (one of only 2 in the World), and looked really really scary, it was actually thrilling and the view from the top was beautiful, went on that about 4-5 times too. 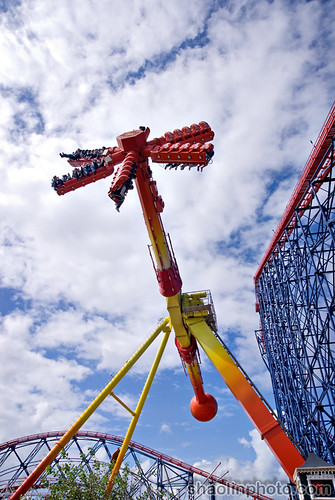 The other big ticket ride was Infusion which opened quite recently in 2007. It is the first inverted coaster to be suspended entirely over water. 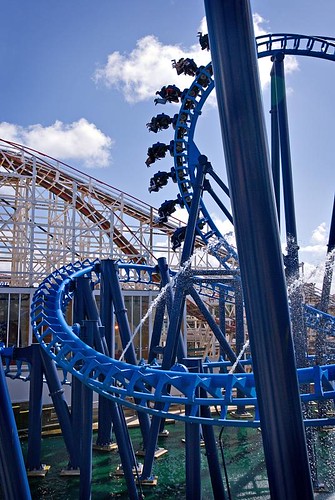 It was wicked! Loved it, total rush man. 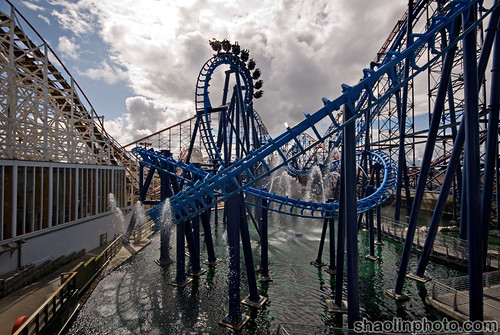 We went on every ride with a decent rating (not the kiddy stuff) and there is a lot of rides there, I think we missed out 1-2 at the end of the day – but we’d been on all the big ticket rides at least 3 times.

A deceptive one was Sir Hiram Maxim’s Captive Flying Machine which looked kinda chilled, but when you were up there, with no safety belt or harness…it was pretty high and pretty fast and bloody windy. 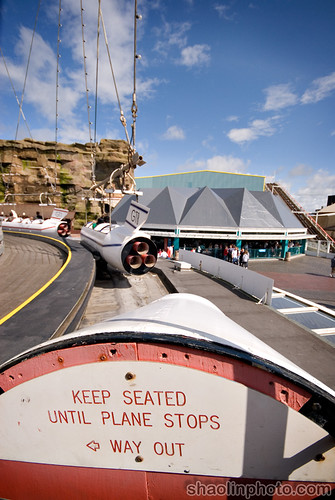 To add to the fear…it was built in 1904! The view was absolutely spectacular. 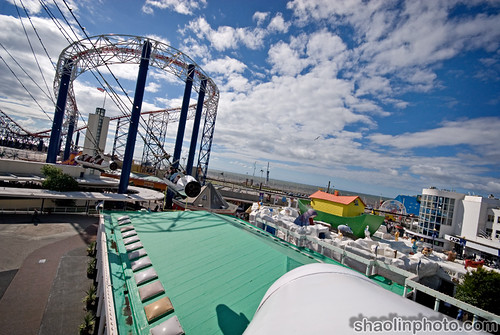 You could just see everyone like ants below hoping someone doesn’t fly out and squash them. 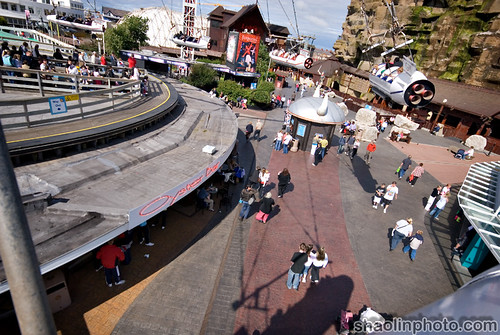 Couldn’t really take pictures on any of the other rides as they were too fierce, most of them you wouldn’t even want to let go to take a pic anyway. We went on one similar to Genting’s Solero Shot called Tango Ice Blast. 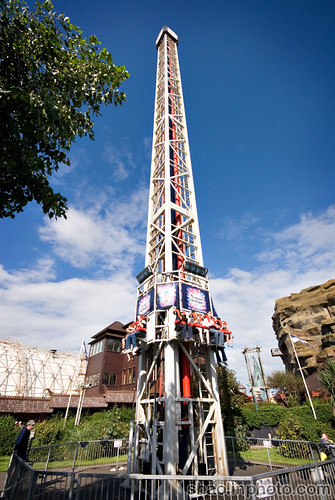 Some other memorable ones were Irn Bru Revolution, which was great but a little too short (it opened the year I was born…1978), Avalanche because it had no rails! A bobsled rollercoaster is scary trust me.

A couple of the rollercoasters there were built in the 1920-30’s! Amazing like Grand National and Big Dipper, they are really quite uncomfortable compared to the modern stuff.

I didn’t manage as many pictures as I would have liked, but frankly I was having far too much fun. 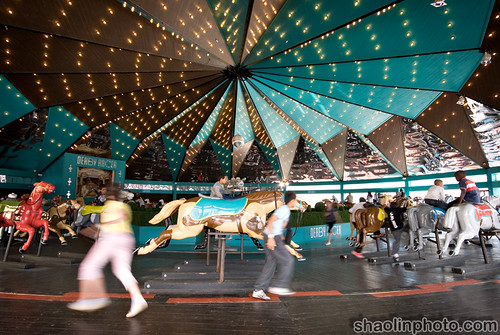 Then off to McD for a sunset, some fries and a coffee before the long drive back down to Worcester. 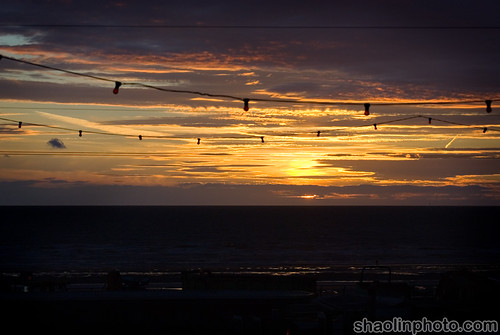 It was an awesome trip, I miss Blackpool already and I’d love to go back when they’ve built their next big ticket ride and pushed the boundaries again.

Next targets Alton Towers, Thorpe Park and to go on a Launched Rollercoaster like Rita – Queen of Speed (0-100km/h in 2.2 seconds!).