Movie Review – Perfume: The Story of a Murderer – CRAZY 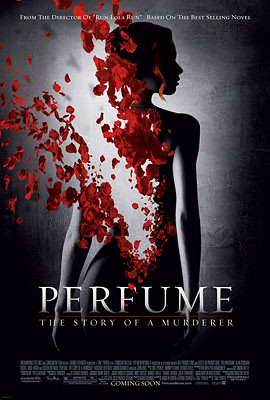 Jean-Baptiste Grenouille, born in the stench of eighteenth century Paris, develops a superior olfactory sense, which he uses to create the world’s finest perfumes. His work, however, takes a dark turn as he tries to preserve scents in the search for the ultimate perfume.

This is one hell of a weird film, trippy, twisted and dark.

Gotta say this is a fantastic movie, I came to hear about it from someone who had read the book and after watching it I’ll have to get the book as it seems quite a lot was skipped over or simplified in the movie to cater for the American audience.

One thing that struck me hard though, was they could have handled the accents better, seen as though it was set in 17th century France, the actors had very strong English/American accents through-out.

Apart from the lead, but then he hardly spoke.

The acting generally was great, although I feel Dustin Hoffman was a little mis-placed and someone else could have filled the parfumiers boots better.

Ben Whishaw was fantastic as Grenouille, although not as ugly as some people hoped he was suitably creepy as the psychopathic killer. 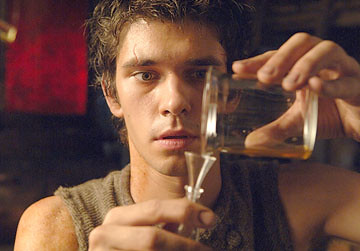 The period setting is maintained very well and the cinematography, direction and attention to detail is superb.

It’s definitely worth watching, especially if you like different movies.

Don’t except a typical slasher or fast paced action movie.

This is movie that takes you into someone’s life, a dark and fucked up life, a life with a completely different outlook than everyone else.

9 Responses to Movie Review – Perfume: The Story of a Murderer – CRAZY