So after a morning at Chamang Falls we headed off to our main destination, Kuala Gandah Elephant Sanctuary!

It’s about 20km or so from Chamang and we were to get there by 1pm to make sure we got the activity passes so we could play with the elephants..unfortunately as it was a public holiday the passes were finished – so we didn’t get to play!

There was a huge ass elephant skull though. 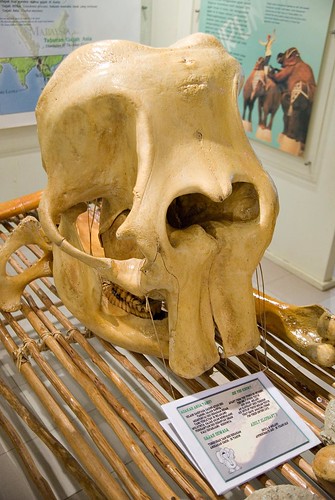 There were nice murals and paintings around the place. 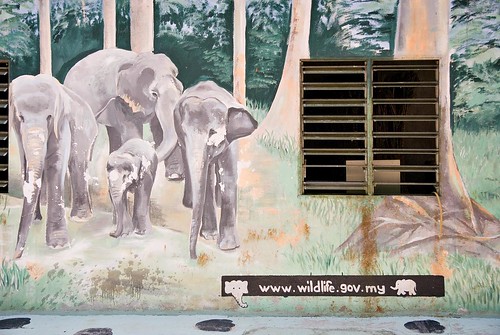 Just as we entered there were 2 juvenile elephants, which were quite playful. 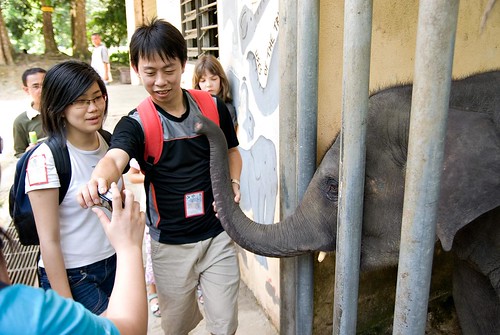 And a very cute kid! 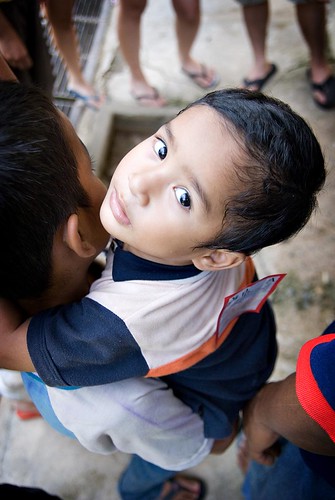 There were already quite a lot of people playing in the water when we got there. 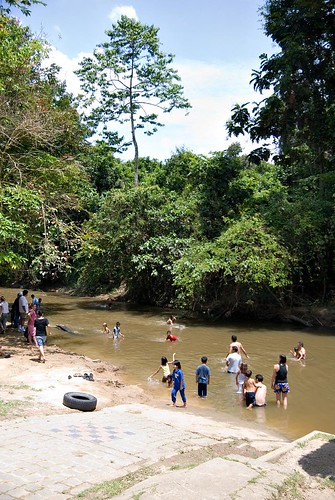 We went to check out the big guys then..they were messing around in the water and mud and just generally chilling. 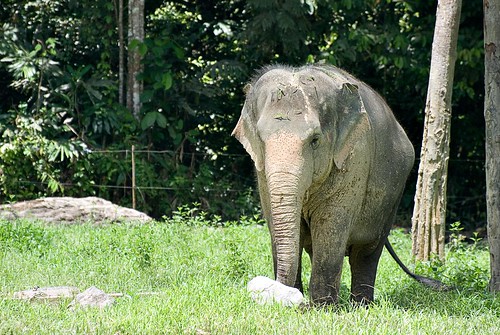 I think this one was a female. 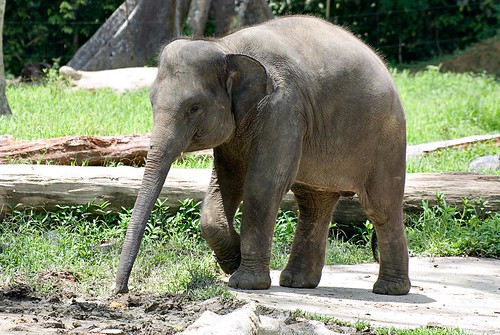 This one is a special breed of Tocklet Starfish fascinated by a Gorillapod. 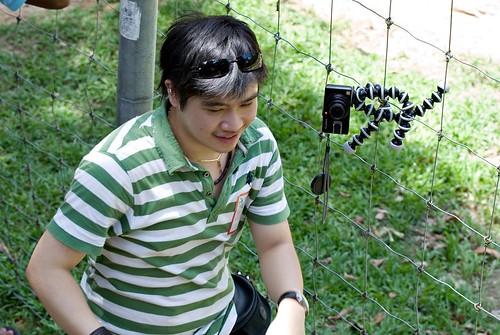 We hung around there for a while on the viewing platform, took some elephant portraits 😀 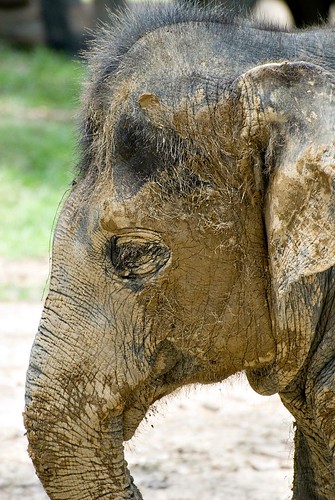 And this one was fascinated by this piece of wood. 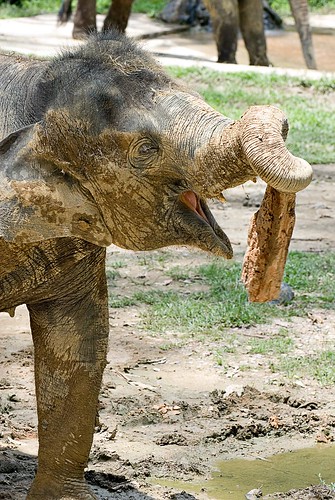 It managed to balance on it’s head and run around in front of us…quite odd. 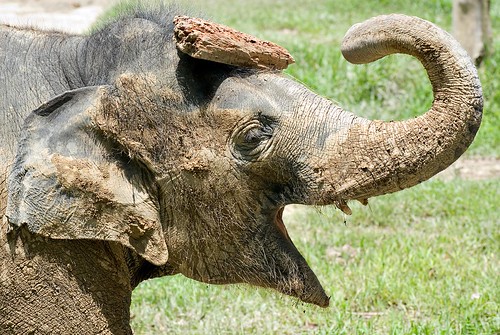 This was one of the largest males cooling off in the water pool. 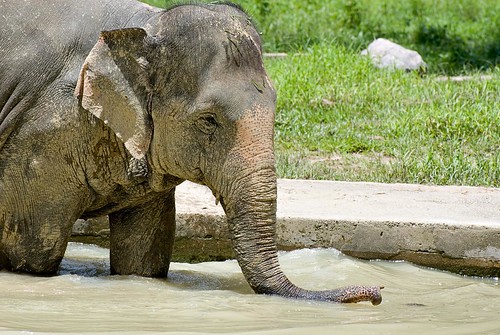 After that we made a fairly rapid exit, after hanging around at the shop for a while…which included some people dropping their ice creams on the floor.

It was a little disappointing, but I guess we got there a bit late for a public holiday. What followed was better..so you better wait for that 😀