I actually often get asked this, “Dude what’s the difference between Britain and UK, are they the same?”

Actually they aren’t there is a slight difference. There’s a reason why it’s called the United Kingdom of Great Britain and Northern Ireland. 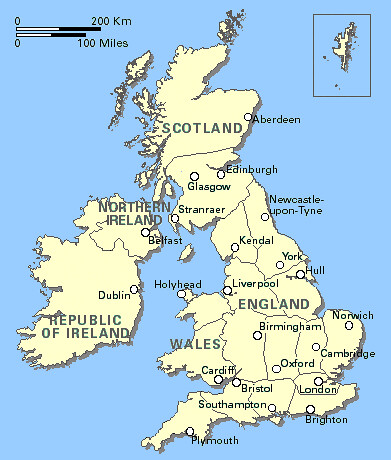 England is just that, England without Scotland, Wales or Northern Island.

For those that don’t know the history of Ireland it’s somewhat segregated into Northern Ireland (part of UK – capital Belfast) and Republic of Ireland (independent country – capital Dublin). 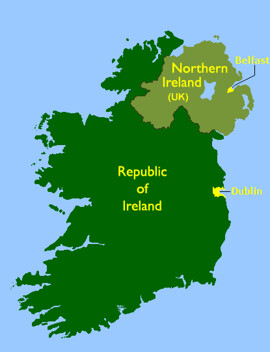 Read more on Wiki about Ireland.

Everyone also assumes I’m from London (no that’s NOT the only place in England..) and every football fan asks “Dude is Manchester near London?”..

No it’s not, see map above..there’s 3 main areas South (London etc), Midlands (Birmingham) and North (Manchester/Liverpool). There are other divisions too (East Midlands, West Midlands etc.) but those don’t really matter so much.

Anyway it’s all rather complicated but there you go.

33 Responses to Great Britain vs United Kingdom vs England