And the last day came as quick as that, it really was fast.

We were up early again for a quick breakfast, then out to the Jungle with the owner of an outfit that does Elephant Jungle Trekking – beat that!

First up we fed the elephants with some small bananas, hmmm…nice! 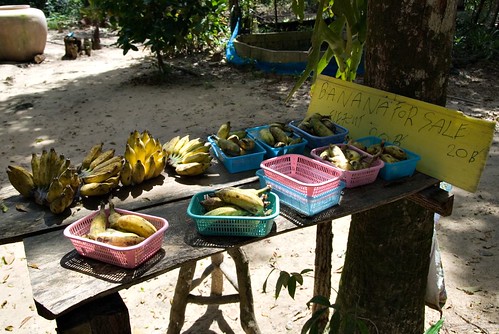 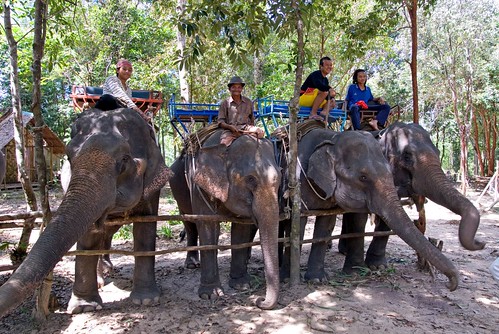 Each one of these buggers eats more than 200 tonnes of Pineapple leaves A DAY – amazing eh. Basically…they are either sleeping or eating, because eating so much makes them sleepy.

After that we climbed up a platform which put our feet level with the elephants backs, so we could get on easily. So we mounted up, 2-3 per elephant. 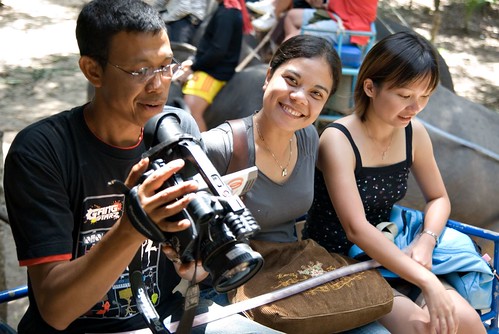 Then it was our turn…it was kind of scary as it’s actually quite high…especially when you are sitting on a wobbly seat held on by the elephants tail! 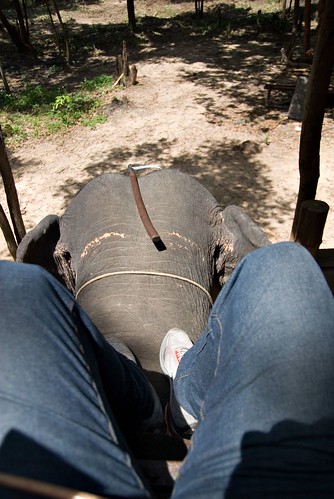 Then off we went, into the jungle…just stopping for one of the elephants to take a piss, man was that a piss. Seemed like Niagra Waterfall.

It was a blazing hot day again. 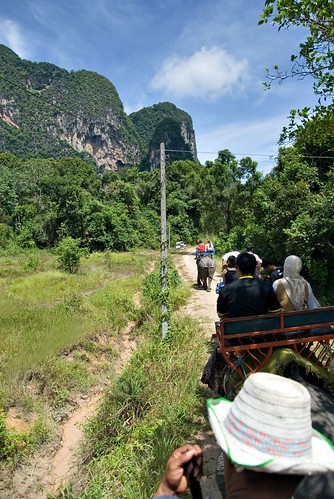 When the elephant took a big step down a slope it was especially scary as you felt you were going to catapulted over the head into the rather deep mud. The way we were trekking would be impassable by foot. 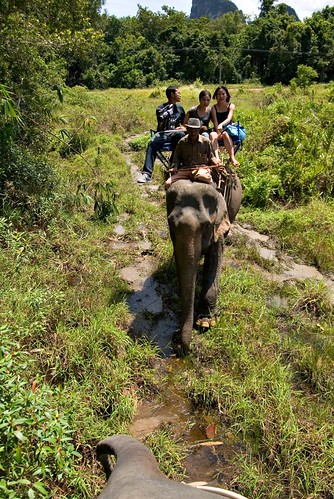 The elephant stopped now and then to eat some bushes…which was interesting. It also left at the back, but apparently we had the best elephant, which was nice! It was the oldest and had been there there longest.

Note all the elephants are all female, I guess it’s safer as the males would be more aggressive. When it’s time to mate they are rather shy too, they won’t mate in the presences of people, they will run off into the jungle to get busy.

The scenery was quite spectacular, of course the mood was enhanced by the fact we were romping through the jungle on the back on an elephant. 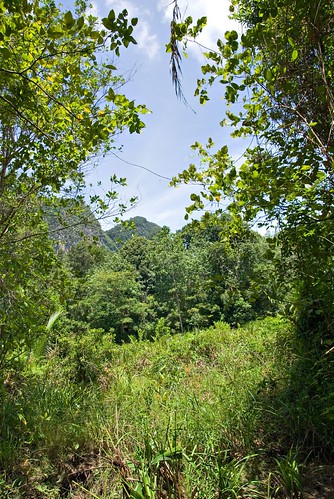 It was definitely a very interesting experience. 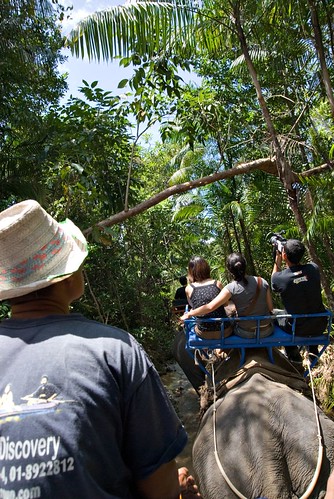 What worried me was when our driver hopped off and disappeared…but sure enough our elephant just wondered back to base steadily. 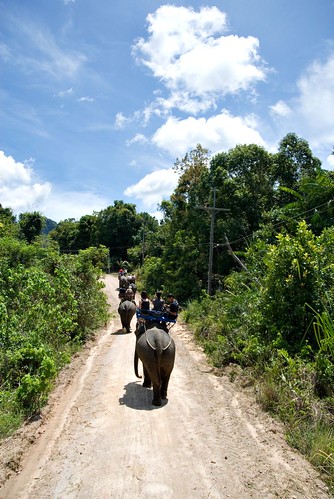 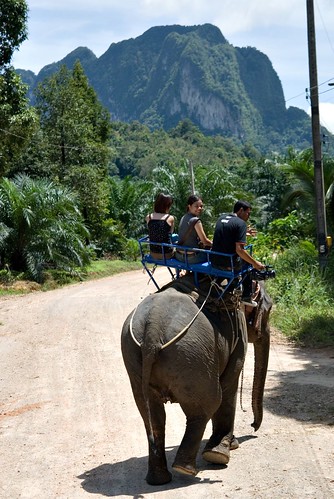 After that it was back to the main camp, our driver showed us how they can climb the elephants without the platform….lifted! 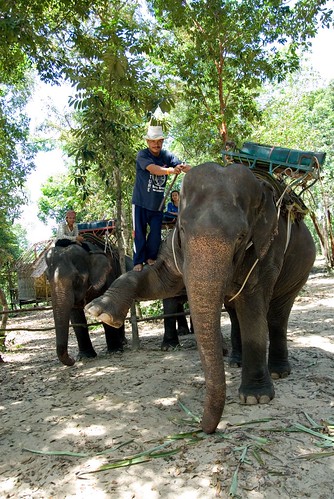 We started our journey back to Phuket then and stopped at one of the most spectacular locations for lunch I’ve ever seen.

Seriously I was taken aback…wow. 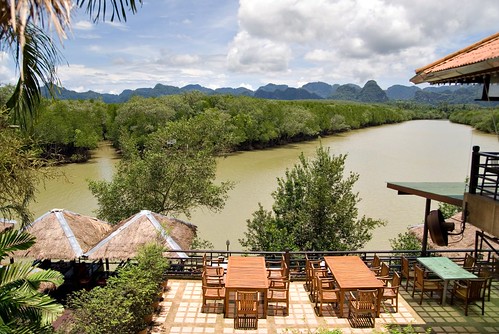 I mean I’ve seen some places, but to sit here having lunch was amazing – a tone mapped version. 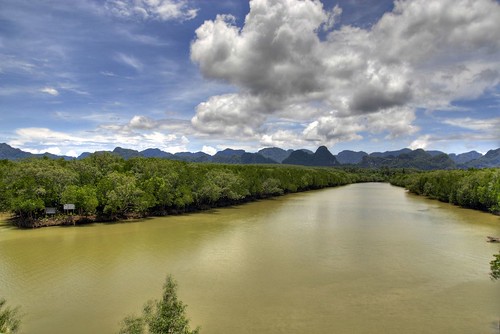 What a place! The food was good too.

After the hearty lunch it was back to the bus and an hour or so to Phuket where we caught the plane back to KLIA LCCT, sadly that was the end of the trip!

And well that’s the end of that so they say – I hope you enjoyed this Krabi series.

Thanks again to Air Asia and Nuffnang.

Also…PLEASE comment on my posts, I live for comments and feedback…not silent pageviews.

You can see the full photo set here: