After visting Thale Waek in the morning we hopped back on the boat for a short trip to Railay Beach for rock climbing. Krabi is a WORLD famous rock climbing destination with people coming from all over to climb there, with a lot of varied routes and breathtaking scenery when you get up there – I can see why they like it!

This beach is generally divided into two sections, east and west. West Railay provides visitors with peace and quiet as it is a broad sandy beach with fewer facilities than Ao Nang. East Railay which lies across the peninsula from West Railay is different from other beaches in the area as it could actually be classified as a mud flat, especially during low tide. In addition to remarkable views and mangrove forests to the north of the beach, the main attraction for visitors to Hat Railay is the adrenaline pumping activity of cliff climbing. The limestone cliffs on the huge headland between Hat Rai La East and Tham Phra Nang, as well as other nearby islands provide world-class rock climbing facilities against a stunning backdrop of the sea with approximately 700 sport routes of mid to high difficulty ratings.

There are supposed to be over 300 routes ranging from beginner 5a’s to classic multipitch 6a’s right up to the extremes of 8c (according to the French grading system).

There were people from all over the World climbing there, USA, UK, Italy, Germany and goodness knows where else! 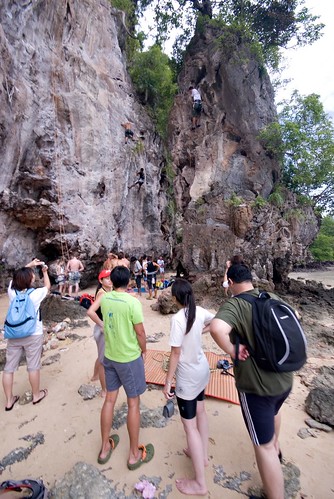 We were supervised by the lovely guys and gals from Nomad Adventure – they are the folks behind Summit Climbing Gym led by Yuen Li (do read her bio). 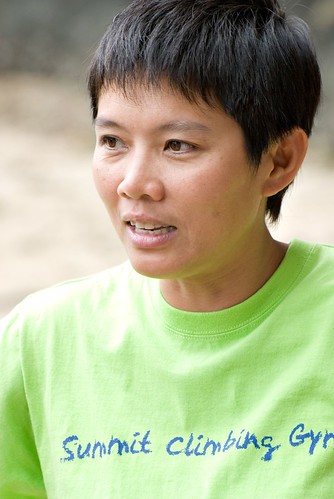 Yuen Li is extremely passionate about what she does and very experienced, she’s quite in demand as a public speaker for motivational seminars and other topics.

We were expertly guided by the team from Nomad including Salfarina Mohd Drus – the current #1 female climber in Malaysia world rank of #58. 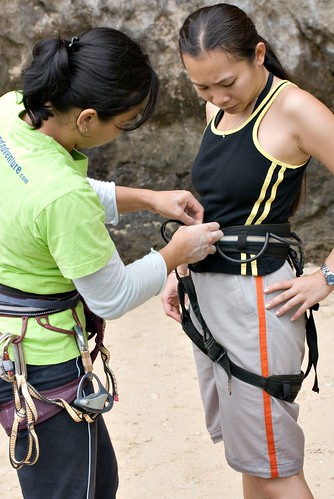 There was of course loads of muscular ang mohs to put me to shame. 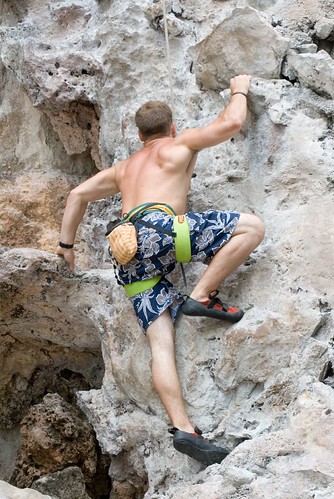 We had 3 routes up (varying in difficulty), you had to get there pretty early and mark your spots as it’s a free for all – everyone had a go. 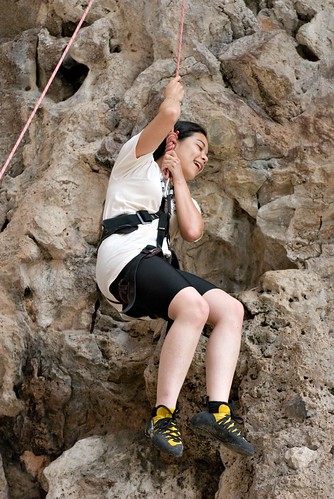 The main routes were pretty tall, maybe up to 200 feet. I saw one of the Thai guides lead climb to the top in less than 3 minutes…amazing. 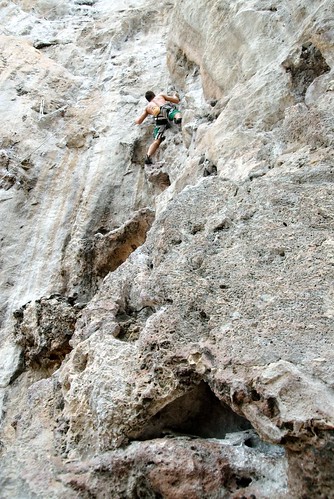 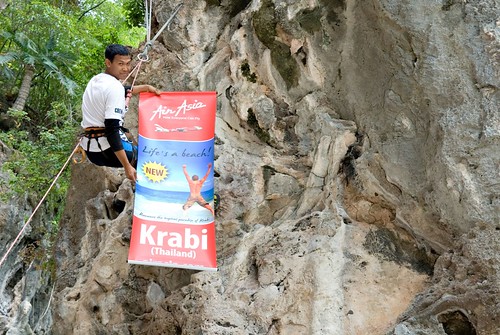 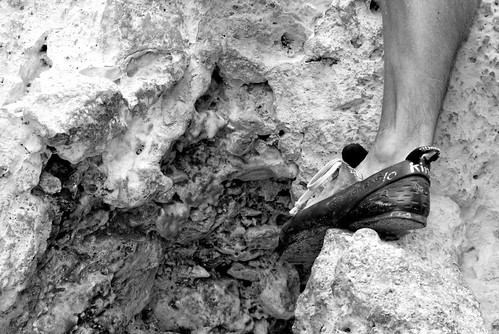 Joleen tackling the hardest of the 3 routes. 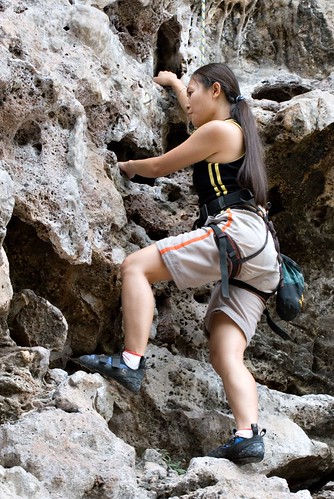 This was the guy that went up to the top in a couple of minutes, nice shirt eh. 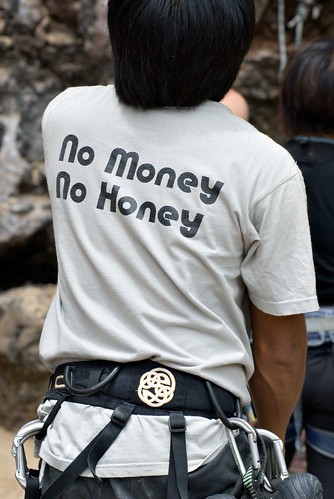 This guy really struggled up, it took him 5 attempts to pass this part…the funny thing was, after he’d come back down his dad had a go and did it first time! 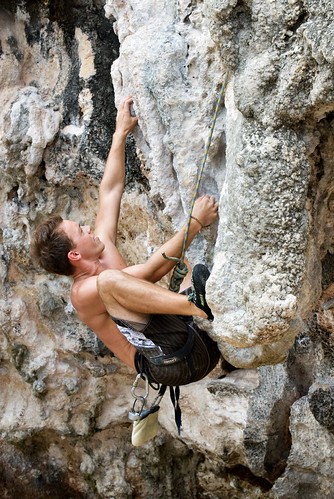 You can see why people love to climb there, the scenery is spectacular. 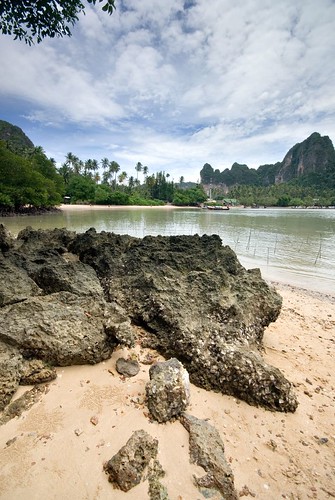 The group shot including press, Nomad Adventure and Air Asia. 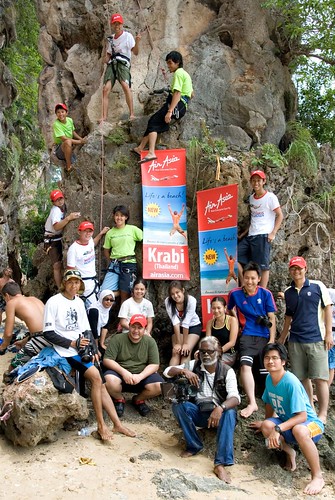 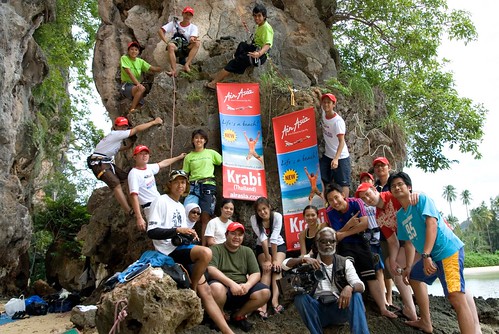 We had some lunch on the beach, the most amazing part was when the guide walking through the ocean with a silver platter of perfectly cut and arranged fruit.

That was really something! I have to applaud Mr See Tho for training his staff at See Tho holidays so well, the service is exceptional.

We headed back to check out the last 3 islands after lunch.

Book your tickets to Krabi with Air Asia.