My watch has been at the service center for quite some time…much to my annoyance, and my backup watch completely packed up in Krabi leaving me watchless…which for some reason I find rather uncomfortable.

I’ve been looking around for something in my budget, then out popped some new released by Seiko! The SNFK series.

Something like the Seiko 5 series (7s26 Caliber), but quite a different look – it’s also an automatic watch.

A big face not much different from the rugged outlook of a divers watch (43mm without crown 53mm lug to lug). 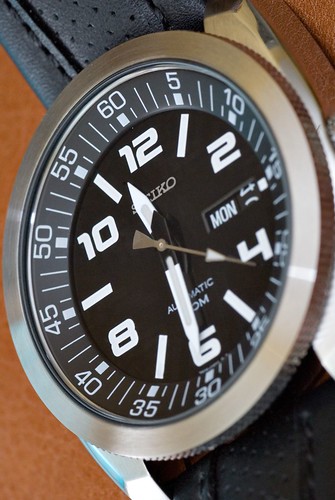 It has a beautifully crafted knurled fixed bezel which brings the details of the watch out along with the crown which is also knurled – it’s not screw down though. 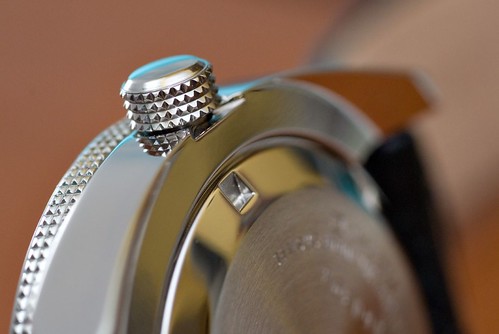 And a very nice Calf Skin strap to compliment (including signed Seiko buckle). 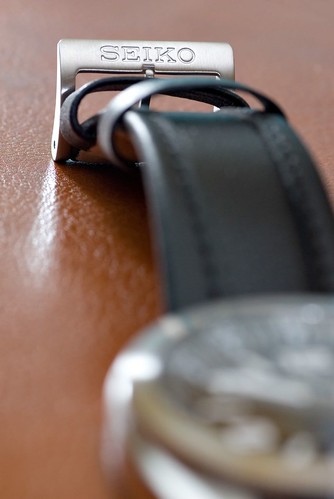 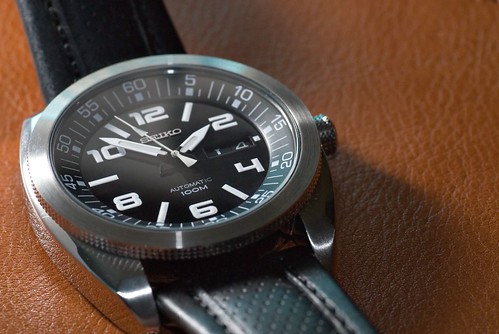 You can buy one too….if you can find one, they are very rare! 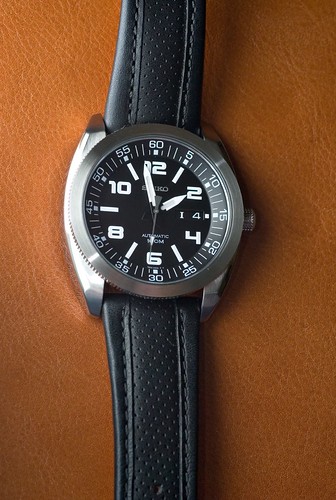 Or you can get one like the SNFK07K Lanatir bought.

I’ve been wanting to shoot a watch for a while….mine were all scratched so I bought one, yay!