So during the public holiday last week (Labour/May Day) a bunch of us decided to head out to Kuala Gandah Elephant Sanctuary in Pahang.

Our friendly guide Happy Yen also suggested that we check out Chamang Fall and Deerland.

A bunch of us have decided it’s a good idea to explore Malaysia a bit more and get out of the city as often as possible – this was our second trip.

Which reminds me I still haven’t posted about Chiling Fall! Oh well will do that soon.

Anyway we rounded ourselves up pretty early and had some Dim Sum in Taman Megah before hitting the highway, we were heading out to Pahang – this waterfall is nearby Bentong/Raub area.

To get there you can…

We reached there pretty early around 10.30am – there wasn’t that many people there yet. 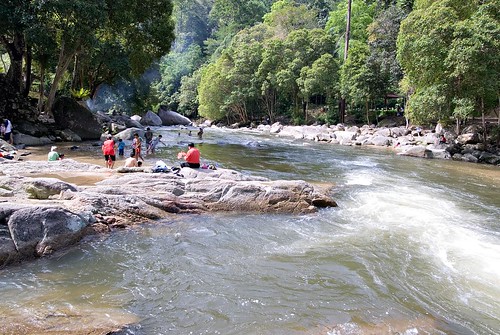 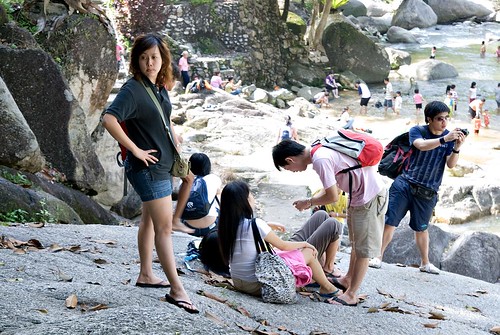 I messed around taking some pics for a while. 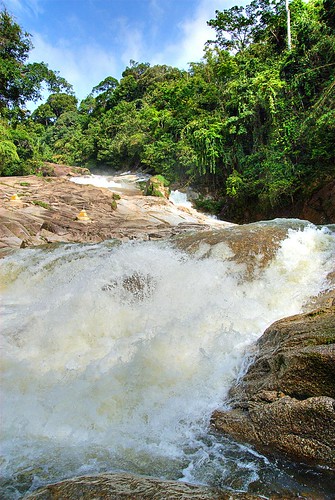 The light was pretty crappy though and the water very brown so not a good time for pics. 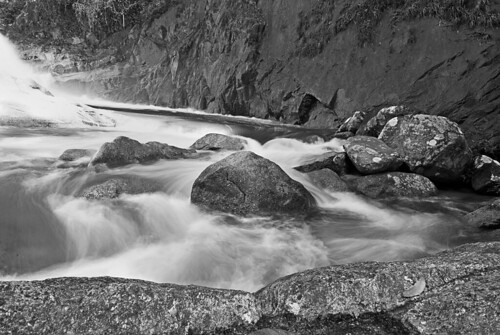 After that it was time to head over the bridge to the other side. 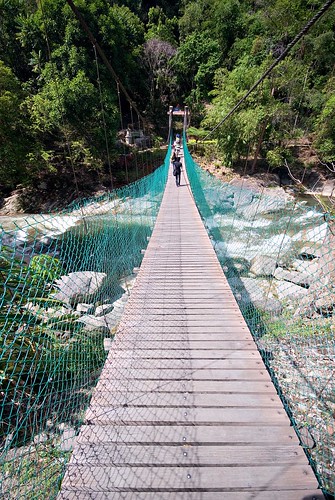 Found this wicked scene on the other side. 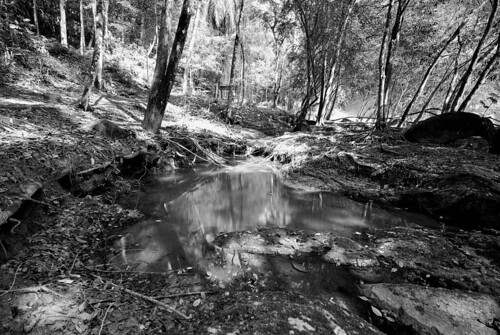 Then it was time for some fun in the water….horrible to take pics though due to super high contrast (black faces anyone?). 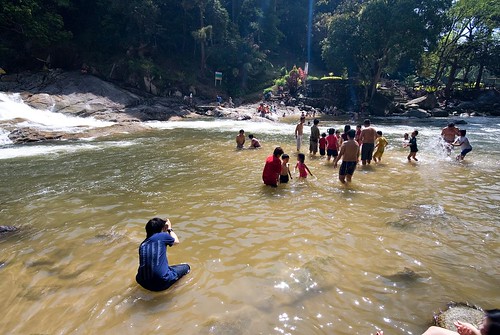 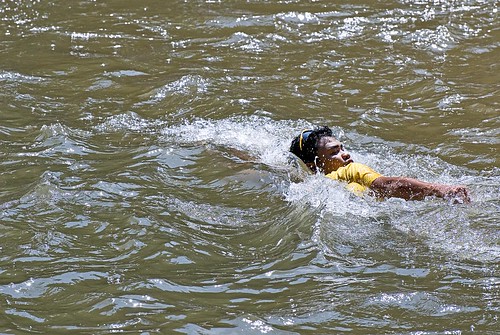 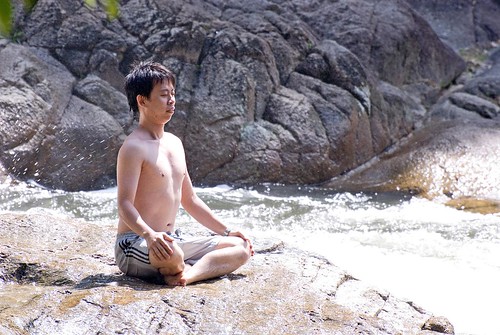 Camwhoring on the rocks! 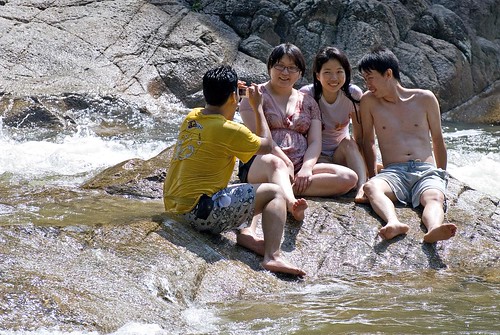 Always in a weird position this Tock Tock. 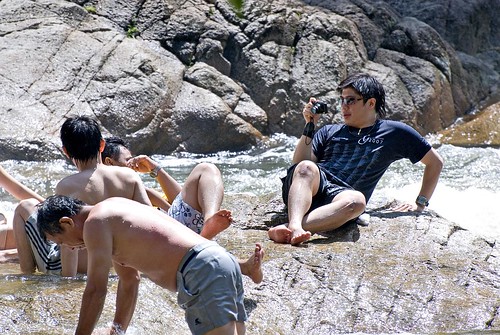 There were lots of kids having fun in the waterfall. 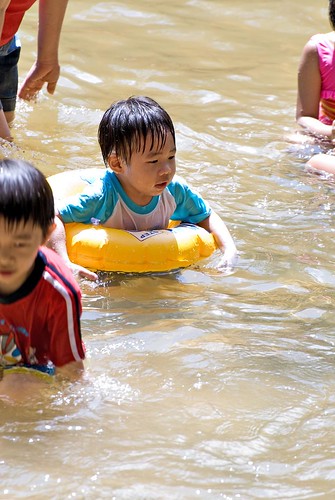 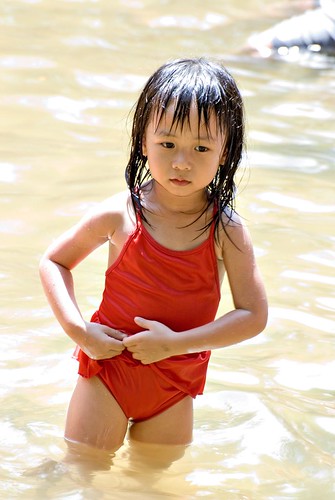 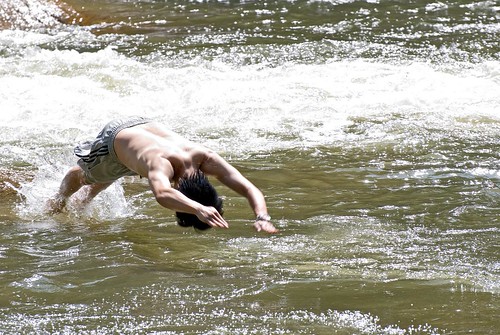 I stayed in the shade as it was a bit hot for me…about 11.30am we headed off to Kuala Gandah Elephant Sanctuary as it was recommended to get there before 1pm to get the tickets to play with the elephants.

More about that later!