It’s been a while since my last Sabah post (Sepilok Jungle Resort – Checking in And Relaxing & Review), but seen as though I went recently it’s spurned me to continue.

Sepilok Orang Utan Sanctuary is somewhere everyone should visit at some point in their life, people come from all over the World to see it and alongside probably Sipadan, it’s one of the places that puts Malaysia on the map globally.

Now if you live in peninsular Malaysia and you haven’t been there it’s a bit of a shame right?

The Sepilok Orang Utan Rehabilitation Centre was set up in 1964 to rehabilitate orphaned baby Orang Utan and at the time we visited there was about 80 in total living in the Sanctuary. Some in the wilder part and some still under rehabilitation.

The Orang Utans are fed twice a day at 10am and 3pm and you can go for either or both, if you’re a photographer I’d recommend the morning viewing as the light is slightly better. The light isn’t ideal at either time as it’s rather harsh and the feeding area is in shadow, so a fast telephoto would help (300mm f/2.8 please!).

You can expect it to be pretty busy at either feeding time. You can go in a little earlier (which the guide will recommend) to watch the introductory video. Entrance fee is RM5 for MyKad holders (locals) and RM30 for johnny foreigner (me). Cameras are charged at RM10 per camera. 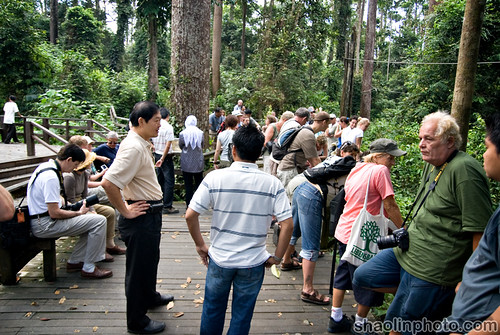 You can expect them apes to come flying out quit promptly about 5 minutes before the scheduled feeding time. 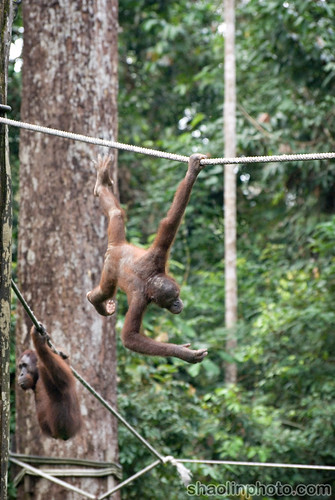 They come in via ropes so it’s quite likely you’ll see some acrobatic maneuvers and playing around as well as the feeding. 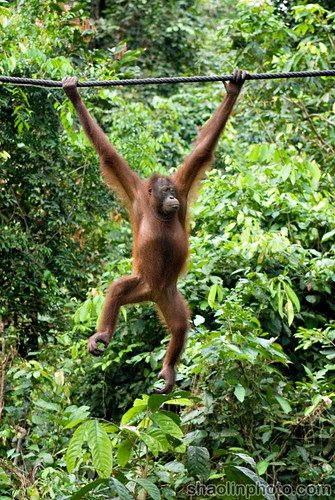 You can get some reasonably close up shots if you have a long enough lens (preferably on a body that can do high ISO). I shot with the not-so-expensive 70-300mm VR. 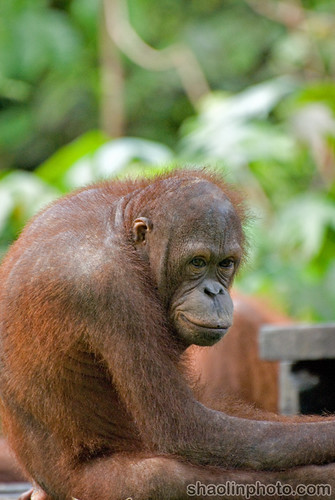 You’ll find some of the Orang Utans (especially the juveniles) like to play for the audience. 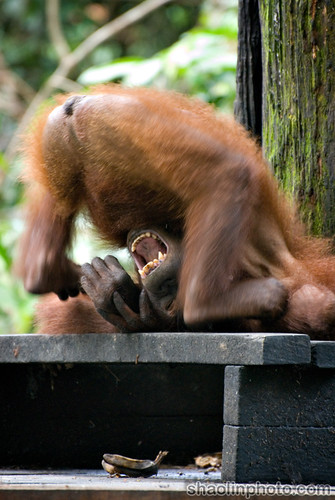 And of course you should be able to capture some great feeding moments. 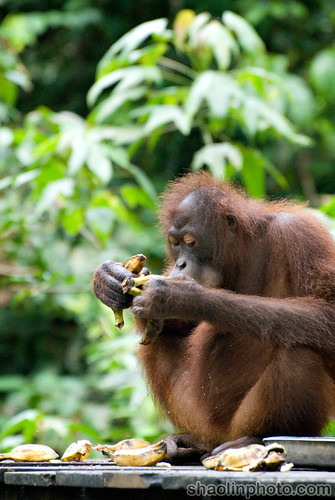 And some interaction between the young and the old Orang Utans. 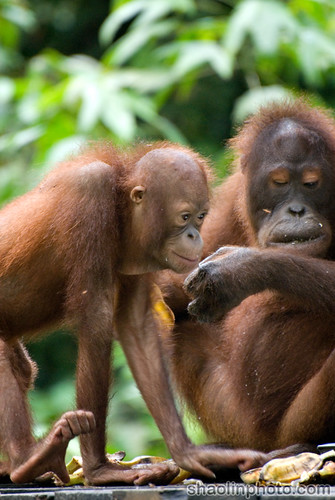 This is the dominant male, quite a scary looking chap. 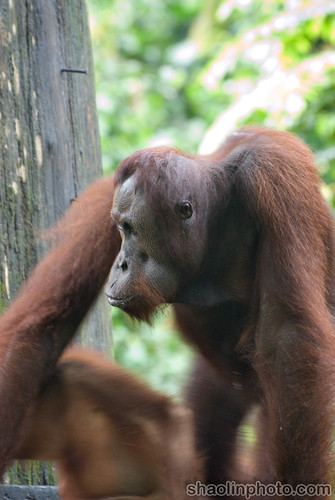 This cute little fella is not quite so dominant. 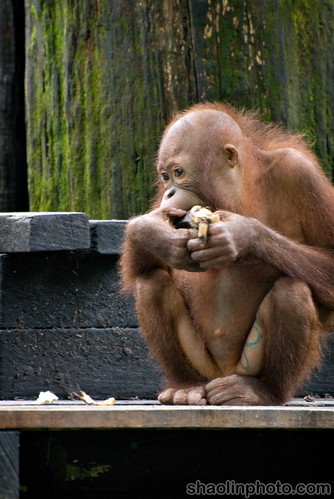 Don’t forget to take some time to appreciate the beauty of your surroundings too, it’s a stunning forest sanctuary. 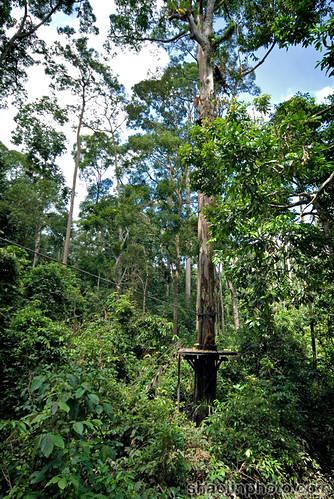 If you haven’t been, start planning now 😀

More coming soon on Sandakan and KK, you can all the posts from this trip here: