So our guide let us know of a semi-wild Orangutan named Jackie that lived somewhere in Kinabalu park. Most of the time she stayed in the jungle, but she did enjoy human contact and came out now and then to see who was around.

Our guide was friendly with the people who stayed around the area that Jackie inhabited so he asked them to let him know when she came out, sure enough she did, they gave him a call and we headed on over.

First though he had to buy his secret stash, he knew what Jackie really loved..she snubbed bananas and all the other normal things but she has a real addiction for Betel Nut!

Although she’s comfortable around humans it’s still a little scary to know she’s strong enough to rip your arm clean out of its socket and beat you to death with the bloody stump…and well I can’t imagine that being very pleasant!

She seemed pretty chilled when we go there though, which was nice 🙂 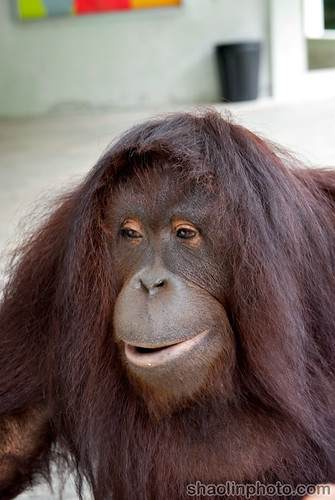 Of course she was even happier when our guide busted out her version of crack, the betel nuts! 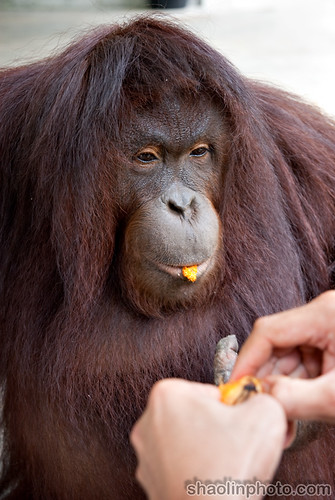 When she wasn’t been fed she was fairly interested in the surroundings, but well she was more interested in when the next nut was coming. 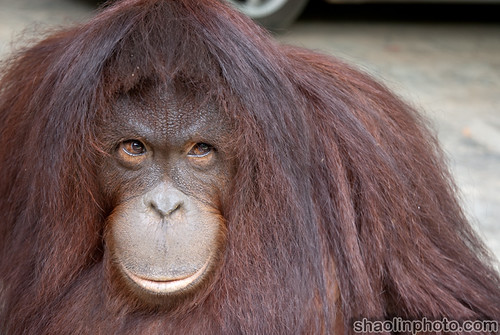 She would patiently wait while the guide peeled the tough outer shell so she could chew out all the good bits. 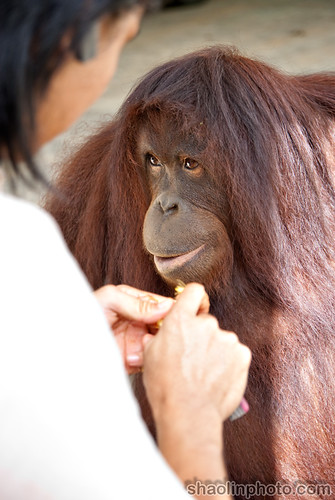 After a fair dose of nutty goodness she wondering round to the back in a fairly stoned manner and promptly lay down on the floor. 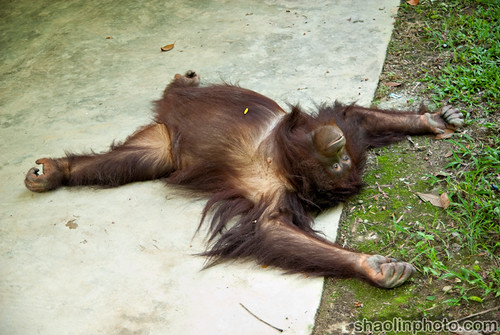 And yes she really did look high, glassy eyes and all! 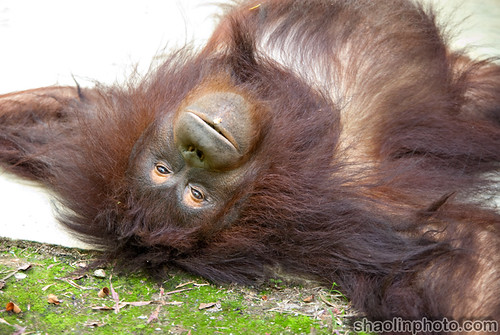 I think she found the floor a little cold though because after a little while she got up, went inside and grabbed a piece of plywood from the building supplies. 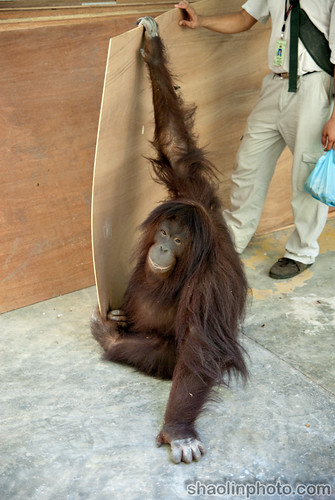 She put that on the floor inside…then lay on that. 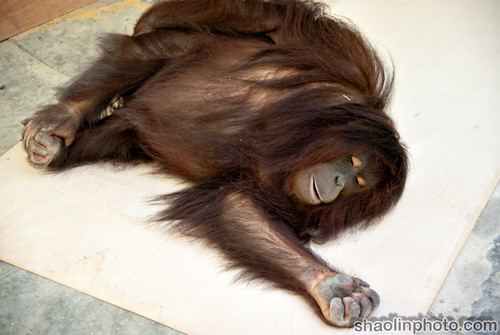 Looks comfy eh? She had so many human expressions and gestures…it was quite incredible.

A really amazing experience all in all being so close to such a powerful creature. We wondered back out after that and there were some other smaller monkey around, but after chilling with an Orangutan they just weren’t that interesting.

But well they weren’t so lansi and liked bananas at least..so we had some use for the bunches we brought along. 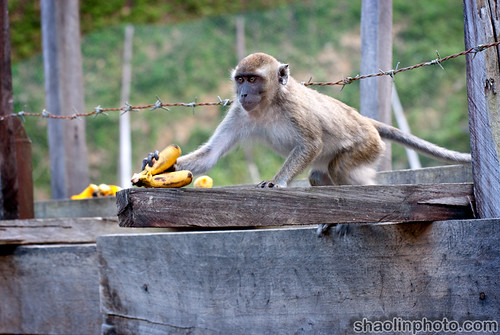 The trip was drawing to a close…just Kundasang market left to go. And well seen as though it’s March 2010 now I thought I’d better get these posts finished before 3 years passes since the trip!

Blogging about it kinda makes me miss the place, that’s why I prefer to write much later too…brings back different feelings and memories rather than writing about a place immediately after getting back.

Also I still haven’t blogged about Sri Lanka…so I need to get these posts done first!

6 Responses to Jackie – The Semi Wild Orangutan From Kinabalu Park