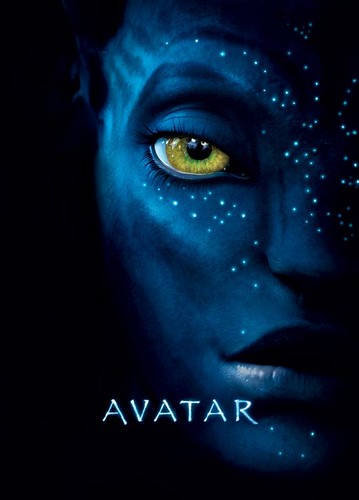 Strangely enough I actually watched the other big Oscar nominee (The Hurt Locker) before I watched Avatar.

I have been wanting to watch Avatar since it hit Malaysian cinemas in December last year, thankfully it’s still showing as it has become a phenomenal box office hit beating the records set by James Camerons last directorial movie (Titanic).

I finally got around to watching it last week, in 3D of course! And wow what an experience it was. And of course an absolute visual feast. 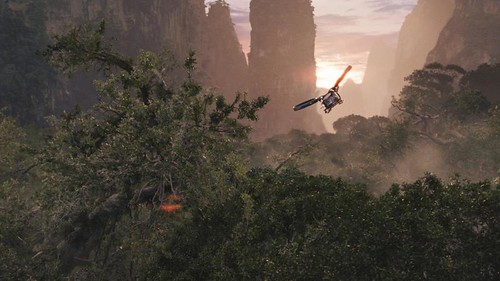 I loved the way 3D was used, it was in a gimmicky way or a cheesy way or the typical ‘things jumping out of the screen’ way which my first experience of 3D back when Nightmare on Elm Street had a 3D version.

The use of 3D in Avatar is a very subtle affair with things rarely coming far out of the screen, most of the time it’s just used to give extra depth to the scene and isolate the character in focus.

I did take the glasses off a few times to see how they did it, the character that was speaking or at the front looked like normal 2D then the rest of the screen was in some kind of funky 3D bokeh which made it seem further away.

It was masterfully done and really made the movie a very immersive experience. The details were awesome and well for the budget of the movie (close to $300 million USD) it looks fantastic.

The Na’vi were just spectacular, quite a masterpiece by James Cameron..but then he has been working on this movie since 1995! 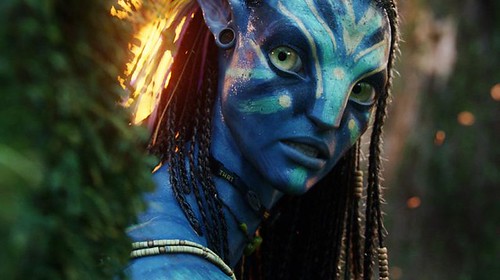 And for movie geeks the first Cameron movie Sigourney Weaver has been in since Aliens in 1986!

As for the movie itself it was pretty good, good pacing – although it was long I never found it draggy or confusing. The story is one that has been acted out many times and well has been done better.

I totally advocate however everyone must see it, you’re paying for the experience. It’s not particularly a movie I’d buy to watch it over and over at home on the TV…but in the cinema, it’s truly breathtaking. I think Avatar has now set the standard for 3D movies and expect a wave of 3D shite to come heading our way trying to ride on its success. Notice Alice in Wonderland is already out in 3D before the 2D version?

Anyway as for Avatar I give it a visual orgasm worthy 8.5/10.

I wonder how the Na’vi would get along with a BlackBerry! Or how they even survive without such tools. Having had a hands-on with some BlackBerry devices lately I have to say the operating system is superb and the whole integrated messaging system puts other phone manufacturers to shame. If you’re looking for something to seamlessly handle your e-mail, sms, IM conversations, Facebook, Twitter and more the BlackBerry Storm 9520 could be the phone for you.

With its elegant design and up-to date features you can get it from Celcom for only RM216 per month with the Exec 50 plan.

I’m a massive Twitter addict as you may well know and that plus the IM/FB/BBM integration is getting extremely tempting, argh! BTW if you’re interested in some of the Twitter clients for BlackBerry you can check out Kimberlycun’s post here:

Check out the new BlackBerry Storm 2 9520 features, specs and package deals from Celcom