Movie Review – Get Him To The Greek – Amusing 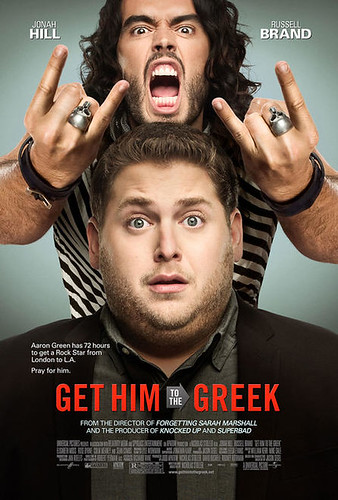 Aaron Green gets things done. The ambitious 24-year-old has been given a career-making assignment. His mission: Fly to London and escort a rock god to L.A.’s world famous Greek Theatre for the first-stop on a huge comeback tour. His record mogul boss, Sergio Roma, gives him one warning: “The artist is the worst person on Earth. Turn your back on him at your own peril.”

I actually tweeted almost 4 months ago that I wanted to watch this film – before it was even released! Mostly I think because Russel Brand is in it and he is generally hilarious, the trailer looked good and the poster intrigued me.

It’s actually doing pretty well on IMDB with a solid 6.8/10 – which is quite rare for this kind of movie. But then again it is an Apatow film, and they are generally well done and well received (Pineapple Express and Superbad were genius).

The film itself is actually somewhat of a spin-off from Forgetting Sarah Marshall, which in itself was a great movie and of course featured the genius character Aldous Snow played by Russel Brand. Jonah Hill was also in the movie, in a different role.

One of the things that interested me most about this film is that it’s a great vehicle to merge the UK and US comedy styles and I have to say – they did a great job. Both Jonah Hill and Russel Brand were fantastic in their parts and the chemistry between them was truly hilarious. 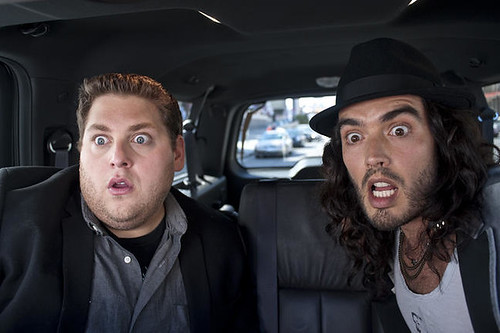 Another surprise for me was Sean Combs AKA Puff Daddy AKA P Diddy AKA whatever-the-fuck-else-he-likes-to-call-himself. He was actually glorious as Sergio and pulled off the part really well. The whole Vegas section of the movie was epic, somewhat reminiscent of The Hangover.

“When the world slips you a Jeffery, stroke the furry wall.” 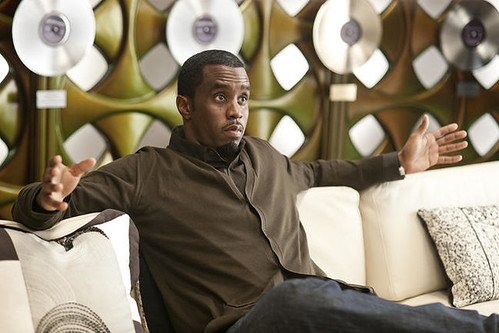 All in all it’s a very entertaining movie and the soundtrack is fantastic, they wrote a bunch of songs under Infant Sorrow performed by Russel Brand himself which are hilarious. There are ups and down and lots of laughs, the pacing is good and the side-characters like the father of Aldous are a funny bunch.

Good movie to watch if you don’t feel like anything to heavy and want to watch a bunch of idiots doing crazy stuff.

If you haven’t watched this movie yet I suggest you do if you are a fan of any of the above (Apatow movies, Russel Brand or Jonah Hill).

6 Responses to Movie Review – Get Him To The Greek – Amusing