As we were staying in Kundasang we had some time to look around, our first stop was the famous Kundasang War Memorial, which to quote:

Established in 1962, this was one of the first memorials to commemorate the brave Australian and British Prisoners of War who died in Sandakan and during the infamous death marches to Ranau during World War II. The memorial also remembers the people of North Borneo who risked their lives to help the POWs.

If you are interested to learn more about the marches you can read up on Wiki here: Sandakan Death Marches. Some pretty gruesome events with very few survivors, visiting the war memorial is a stark reminder of how cruel human beings can be to one another.

There are various flags around the place including British, Australian and Malaysian flags. 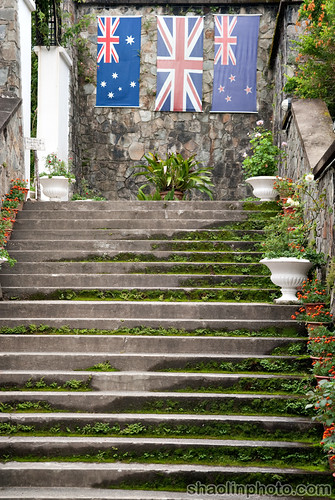 When you go in you are shown a video about the events that took place, it’s a very moving documentary and brought my mom to tears. After watching you can then take a walk around the grounds. The memorial is split into 4 gardens – the Australian Garden, the English Garden, the Borneo Garden and the Contemplation Garden & Pool.

There are various placards around the place such as this one, which explains some of the happenings. The motto is “Lest we forget”. 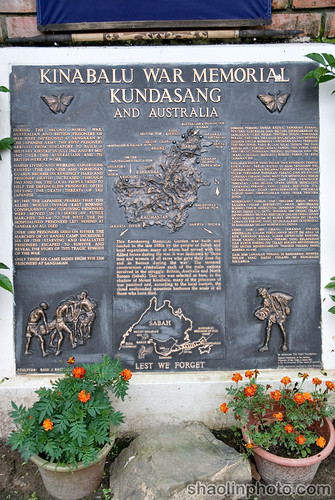 The pool in the contemplation garden. 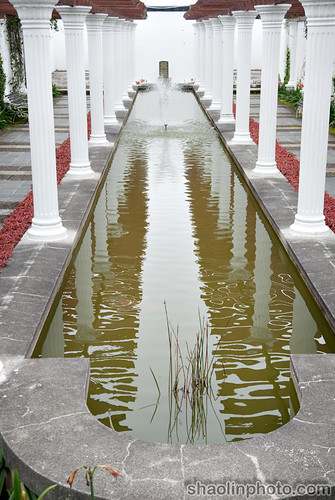 And a poem/song by Nelson Short, one of the death march survivors. 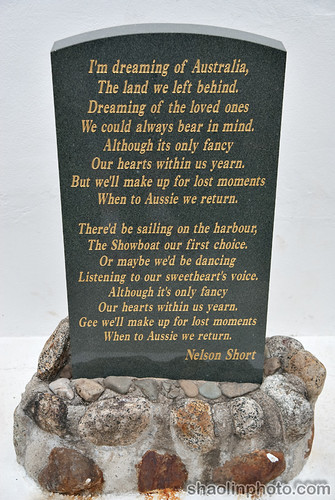 It was a very misty day and we had a lovely soft view of the Kundasang valley and houses of the native people whilst we sat and thought about what had transpired over 60 years ago. 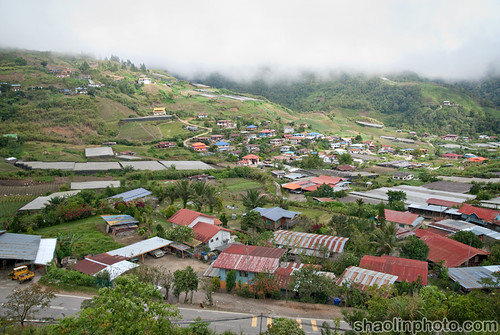 There were beautiful flowers and tributes all over the war memorial. 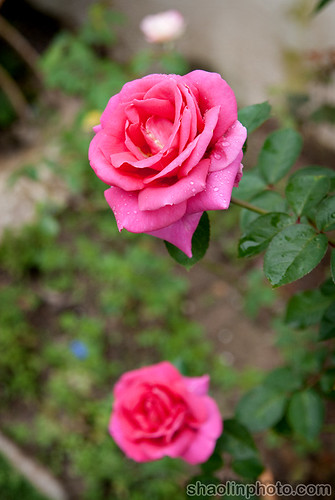 After that we headed on down to the famous Kundasang market, which I have to say was rather underwhelming. There was a lot of stuff there, but all the stores basically sold the same stuff and there wasn’t anything super interesting. Mostly fruits, vegetables, honey and flowers with a few other things like the odd cactus. 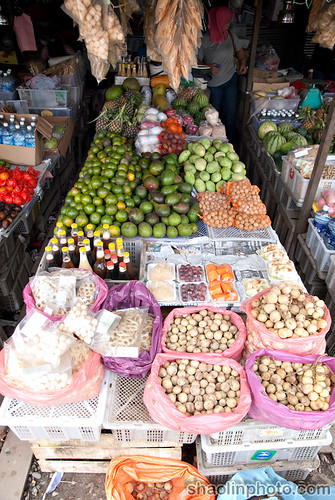 It was good fresh stuff though grown in the area and there were a few odd local fruits that aren’t found in Peninsular Malaysia. The honey looked tempting, but not being a big honey fan I gave it a miss. 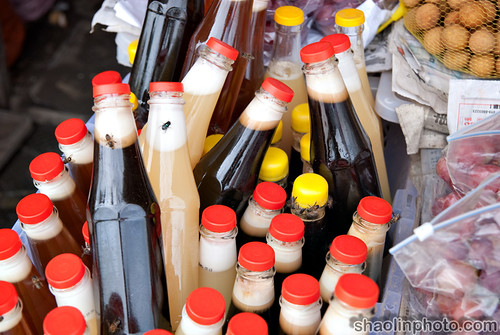 And of course the Malaysian favourite, the king of fruits was seen in abundance. 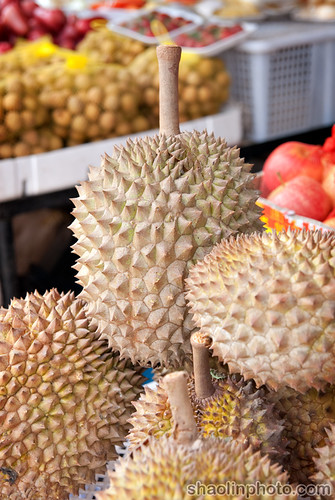 For the lazy tourist (or for those with no idea how to peel/open the fruits) there was a good selection of pre-prepared, packaged fruit for your consumption. I gave that a miss too, if I’m eating it…I may as well open it myself! 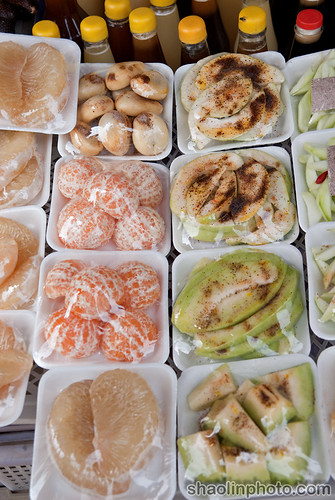 Spotted this young fella too who didn’t look to pleased that his dad had left him to go and buy some groceries. 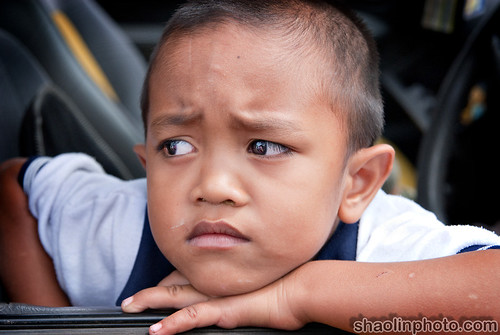 And well that was the end of that, with a last glimpse of the magnificent peaks of Mount Kinabalu shrouded in clouds we headed off back to civilization. We just made a stop at Menggatal for the most AWESOME beef noodles (ngau chap mee) I’ve ever had in my life. Makes me hungry now thinking about it, argghhh!

Anyway that’s the Sabah 2008 trip wrapped, maybe I can get around to writing about Sri Lanka now!

You can also view the complete set of pictures from this trip here: