Someone said I should patent it so I can become a millionaire and have a massive house like Gary Fong?

Anyway rather than buy an expensive R1C1 Macro Ring Light…..I thought I’d adapt my existing SB-800 to suite my macro taking needs. I got the original idea from Lord-V over on Flickr.

He has all kinds of cool stuff he DIY’s himself, he uses mostly Coke Can diffusers now though.

Basically what I wanted is a ‘device’ that spread the light evenly and softly across the area where my Tamon SP90 focuses and extends to during 1:1 macro shooting, I scouted around for a while for bottles and found the ideal bottle. A milk bottle!

If you want to do something similar you’ll need:

That’s all! Less than 10 bucks as you probably have some of it already.

I decided to use this bottle as I could have the top extend our further than the bottom to cast the light downwards onto my subject, so the first thing I did was hack the top out where the handle and the opening were. 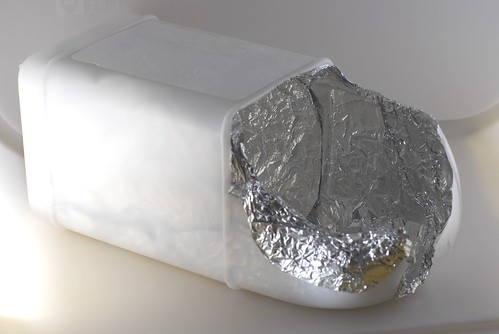 What you need to do next is hack a whole in the bottom slightly smaller than the size of your flash head. Then make 2 small slits on the bottom side of the whole (just a few mm deep), this will give you a small flap that will allow you to push your flash in and it will kind of catch and hang on. 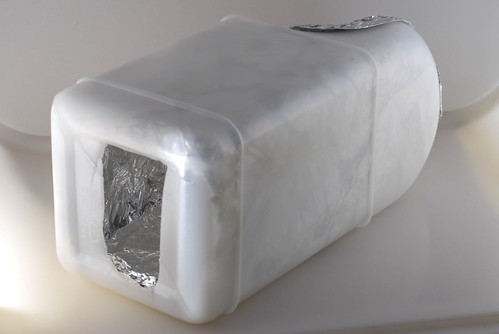 After these two you need to line the inside with tin foil, make sure the shinier side is facing outwards. I did this with normal kitchen foil and double sided sticky tape, you can already see the foil lining the previous two pictures, here is a better angle: 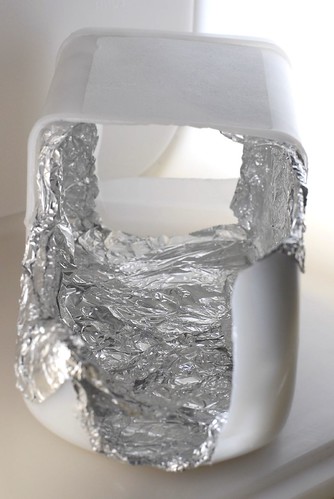 The last step is attaching a piece of kitchen towel over the opening. This has the effect of diffusing the light so it’s not ‘hard’ and it spreads better, this means in reality you don’t get those annoying super white highlights on Dragonflies and other shiny creatures. 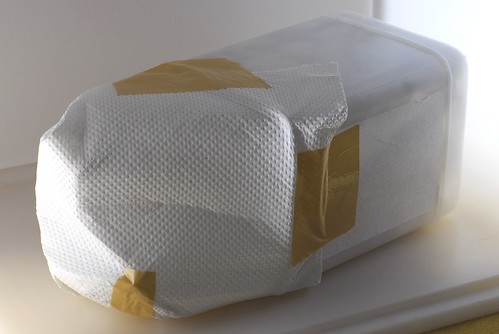 After that you just stick it on the flash and shoot away! It should look something like this: 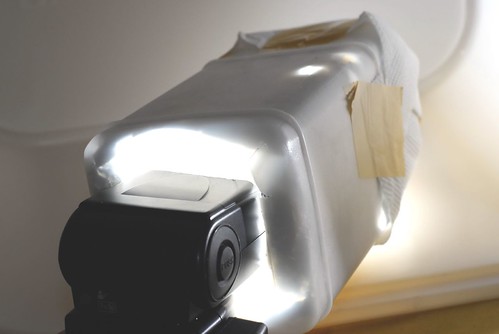 And it’ll give a nice even light right where you are shooting with your macro lens, you’ll get pics like this (with a bit of practise): 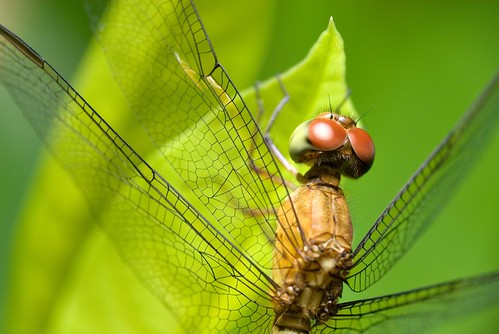 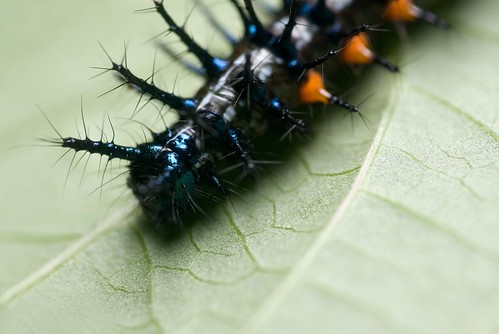 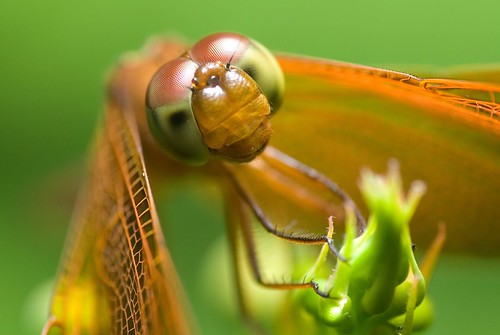 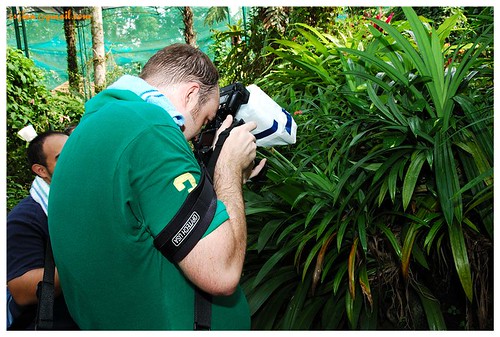