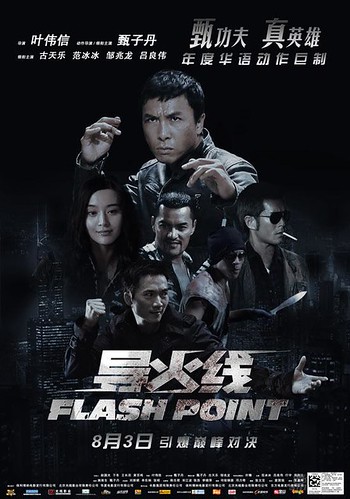 Detective Sergeant of Serious Crimes Unit, Jun (Donnie Yen) detests crime and his lifelong nemeses are a Vietnamese gang of three brothers – Archer, Tony and Tiger. In order to further infiltrate the gang and fight them from within, Jun has planted a mole, Wilson (Louis Koo), who has managed to gain the complete trust of the gang. However, Wilson’s dual role is exposed and resulting battles leave him handicapped for life. The day before Tiger’s trial, Archer turns up at the hospital to wipe out their only witness, Wilson.

After the superb movie that was SPL (Sha Po Lang) and the disaster that was Dragon Tiger Gate (Loong Fu Moon) was wondering what this Wilson Yip and Donnie Yen colloboration would be all about.

Apparently it originally penned a prequel to SPL, but didn’t quite make it. I guess it’s a pseudo sequel with Donnie playing the same character – Inspector Ma.

The movie is basically Donnie Yen pornography to put it in no uncertain terms, if you aren’t a great fan of him (yeah we know he can’t act) it’s definitely worth watching for the action and fight scenes.

It reminds me of the excellent 80’s heydeys of superb action/martial arts movies coming out of hong kong. Bone crunching fights that make you flinch when the blows land, none of this fancy smooth fighting from the modern movies that doesn’t look like it hurts.

We need more of this, more pain, more Tony Jaa.

There’s a thought, Tony Jaa versus Donnie Yen – hell of a movie that would be. Back it up with Wu Jing and Colin Chou and you have a hell of a fight.

Anyway back to the point, there is virtually no plot to this movie, some normal cop stuff, beauracracy and villains love their mothers. Other than that…not much.

Colin Chou plays one hell of a badass, the first fight scene has some incredible intensity. 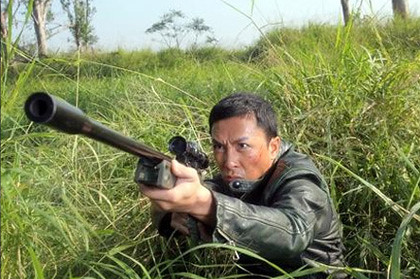 The last 30 minutes contain one of the craziest fight scenes ever, apart from the fact Colin Chou just seems to become a rechargeable dummy for Donnie to kick the shit out of (whilst being an incredible tough guy for the rest of the movie) it’s an awe inspiring fight to watch.

The action is superb, it’s non-stop pretty much.

The other characters are nothing much worth mentioning.

If you are looking for something deep and meaningful, don’t bother with this.

If you want to see Donnie Yen strutting round like a model and destroying loads of people in crazy fights…THEN WATCH THIS NOW.

I highly recommend it and completely enjoyed it, one of the most enjoyable movies of the year so far.

PS. If you want to read a damn funny review – read here.