We actually learned a lot during this segment with a lot of information about snakes, the different types, their behaviour, why they attack, different kinds of venoms and lots of other stuff…including some rather gory pictures of snake-bite victims.

Honestly I think this guy looks far too happy handling this dangerous snake. 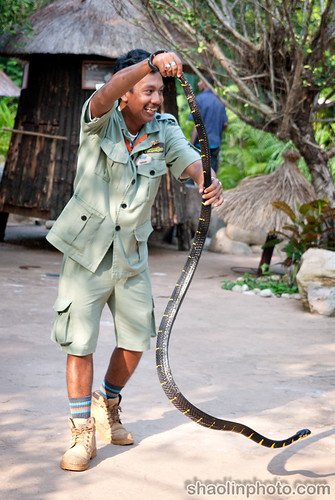 They did some crazy stuff, including kissing a cobra on the head 0_0 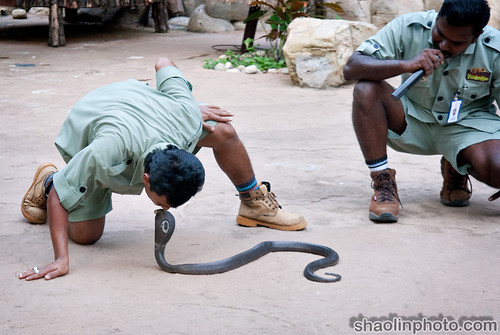 This is how one of the badboys looks close up, not particularly pleasant no.. 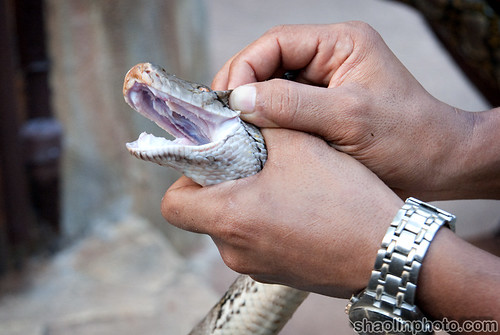 Went to check out the goats after that and man the baby goats (kids) are SUPER cute. 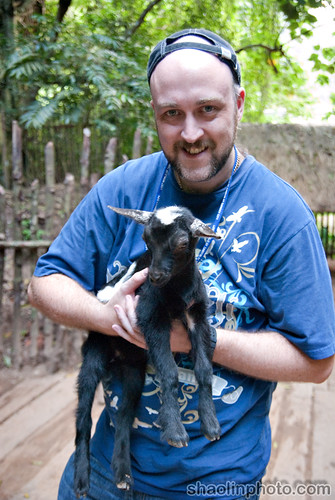 Just look at that little face! 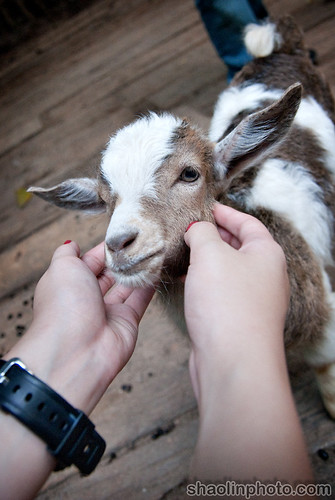 And then, well we had to some work innit – KY shooting with Jojo. 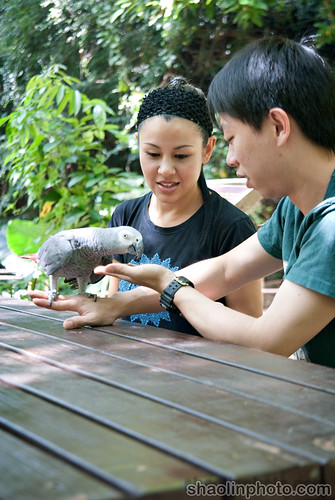 Here’s me, filming my segment – looks like I’m answering a difficult question. 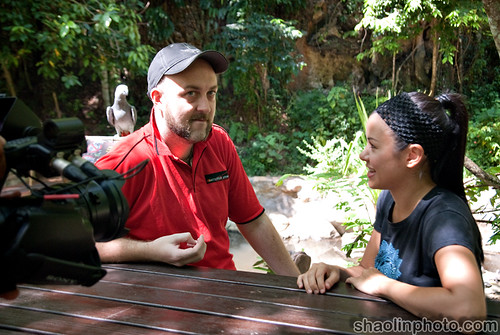 So snakes, goats..what next? Racoons of course at the Ruby & Friends enclosure, fluffy little balls they are. They sure do love their food! 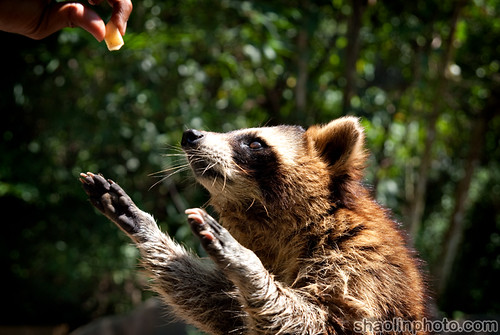 And finally, the stars of the show – the tigers! They even gave us some extra added excitement…by having a fight haha. 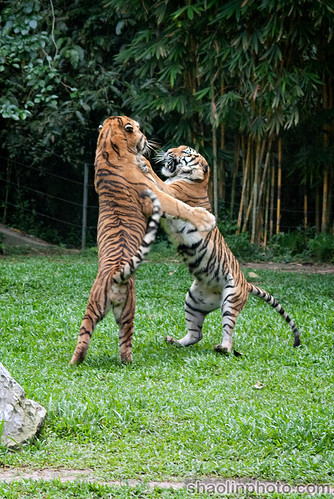 The feeding was quite dramatic too with the big chunk of meat sliding in on a pulley meaning the tiger had to dash up the tree trunk to retrieve it. 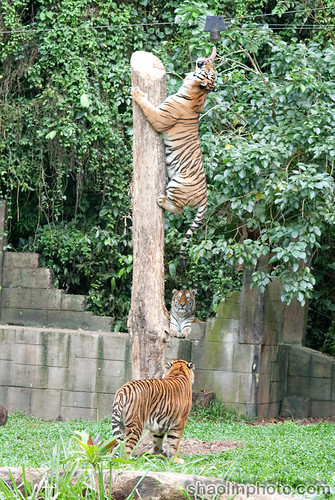 After that we just strolled around for a while taking in the sights of Tambun, it’s a very relaxing and beautiful place with the limestone cliffs providing a lovely cool breeze. I’d actually really like to go back again and perhaps spend the weekend relaxing rather than running around filming 😀

Overall Project Alpha was a great experience, it was awesome to work with such a professional crew headed by Handsome Tony – Jojo is as always a great host and Michael has great vision.

It helped of course my segment was with my gf and my best friends – so it was a fun time. Hope you enjoyed our segment and if you haven’t you can catch the last 2 episodes from our segment here:

You can see the full set of pics from Project Alpha here:

And find all posts about Project Alpha here:

Random Blog Post #5 – Busyyyyyyy & Broke
Movie Review – The A-Team – I Love It When A Plan Comes Together!